Broccoli, The medicinal properties of a superfood 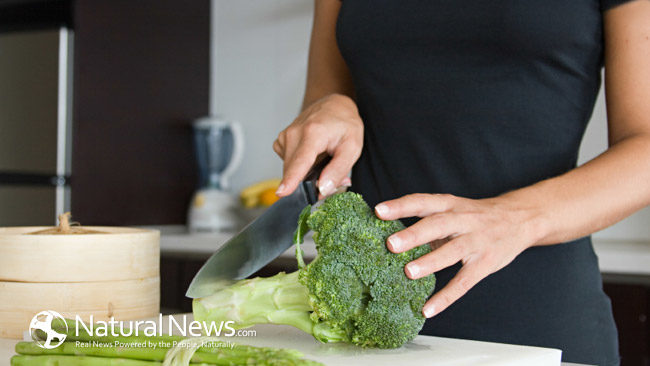 Before broccoli was called a superfood, it was a medicine in European phytotherapy. Scientists are still finding more prove of the use of this vegetable as a medicine. This big, green, edible flower seems to be a good choice, according to hundreds of scientific researches.

In 2016 the University of Illinois published a study in which the researchers conclude broccoli might help against fatty liver disease. Another study shows a relation between an improved gut microbiota by eating broccoli regularly. Scientists are still adding to a pile of evidence that this delicious plant is a candidate to be used in medicinal ways. All the scientific articles that were used in this post have been published in 2016.

60 gram of broccoli is enough for the RDA of vitamin C and 80-gram supplies all vitamin K you need in a day. These percentages show how healthy this vegetable is, That is because in fact, we eat more of it during an average meal. There is manganese, potassium, phosphorus, magnesium, calcium, selenium, zinc and iron in broccoli. It contains tryptophan, which triggers the body to produce serotonin, which is an important hormone because it is called the wellness-hormone, or happiness-hormone.

There is more than one reason why broccoli is good against cancer.

Chinese researchers conclude in 2016 that sulforaphane can trigger apoptosis, the sudden death of a cancer cell. There have been done hundreds of researches alone the study the anti-cancer effect of sulforaphane. Every year research is piling up that sulforaphane from broccoli is effective against cancer tumor cell lines. In 2016 there the university of Pittsburgh published research about this cancer-fighting substance. This is a quote from their abstract: ´Together, our findings demonstrate preclinical chemopreventive activity of sulforaphane against carcinogen-induced oral cancer, and support further mechanistic and clinical investigation of sulforaphane as a chemopreventive agent against tobacco-related head and neck squamous cell carcinoma.´

There is indo-3-carbinol which helps the body to detox. Broccoli is a vegetable which contains a relatively high amount of omega 3 compared to other vegetables. It is a trend in science in finding out that all the vegetables that lower risk of developing cancer, contain more omega 3 than average vegetables. Broccoli is one of the major foods against cancer. According to scientists, it is mainly active to fight breast, cervical, prostate and intestinal cancer.

There is one other good medicinal property of broccoli, besides its ability to prevent and fight cancer. It´s medicine in European phytotherapy against all lung diseases. Phytotherapy is herbal medicine confirmed by science. It is a vegetable that helps all the other nature medicines against lung diseases. Some scientists noticed that the shape of the broccoli is similar to the shape of the lungs. In the doctrine of signatures, this means that this plant is good for the lungs. In the case of broccoli, like many other cases in the doctrine of signatures, it turned out to be traditional wisdom is confirmed by modern science. This is because science proved that eating this lung-shaped vegetable is good against lung diseases like asthma and hay fever.

To enjoy your vegetable as a medicine you should not boil it too long. To boil it 5 minutes is long enough. You can also stir-fry it in coconut oil for 3 minutes. You are eating the flower of a plant. The stems you cannot eat raw but the flowers you can eat. Take a knife and cut off the flower real thin. Sprinkle the small green flowers over a salad, hot potatoes or, rice. In that way, you eat a part of broccoli raw, but you use it as a herb. It is a good idea to create a broccoli soup. For this purpose, you fry an onion and two cloves of garlic together. You boil the equally small cut vegetable for 5 minutes. Then you wait till it has cooled of. You put the broccoli with coconut cream, fried onions, garlic, and enough water in a blender. You warm it up for one minute. Enjoy your medicine!