How to Best Guard Your Health in a Fukushima Radiation World 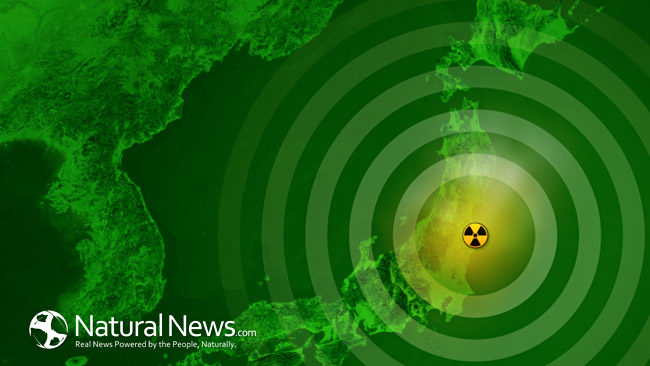 Radiation from nuclear power and now fracking is impacting our food, water, and the air we breathe.  The American Cancer Society currently states that one in two men and one in three women will be diagnosed with cancer (often before the age of 65).  Not the best odds for the “nuclear” family of four.  Every day we’re exposed to man-made radiation in an increasingly toxic world. Survival under such circumstances means that nothing can be taken for granted. Our internal environment is important as is the world around us. Awareness is in short supply, but that can change now.

WHAT YOU DON’T KNOW ABOUT RADIATION CAN HARM YOU:

Thanks to the Internet most of us know about the toxic stew of industrial chemicals, pollution, pesticides, and genetically modified organisms in our environment.  However few people talk about radiation. Man-made radiation is unique in that it negatively impacts DNA for years to come, a process known as trans-generational DNA damage. Tasteless, odorless and invisible, radionuclides are impossible to detect without a Geiger counter.

There are nearly 100 operating nuclear power plants in the US and over 400 worldwide. It is shocking to learn that radiation releases are scheduled as routine maintenance of all nuclear power plants (a function known as “batch releases”). Add to that radioactive fallout from Three Mile Island, Chernobyl, Fukushima, bioaccumulation of radiation from above ground nuclear blasts in the late 1950’s and early 1960’s, accidents at nuclear storage and disposal facilities (Hanford in Washington, WIIP in New Mexico and Honeywell in Illinois to name a few), and it’s becoming abundantly clear that the situation is getting worse.

Hydraulic fracking is a new radiation concern, as it has been shown to release radium ~ a known carcinogen ~ into fracking wastewater.  Radon, a byproduct of radium which is also carinogenic, is now present in areas where fracking is happening. Both the Agency for Toxic Substance and Disease Registry and the EPA state radium and radon exposures can result in cancer.  The National Academy of Science, BEIR VII report states “There is a linear dose-response relationship between exposure to ionizing radiation and the development of solid cancers in humans. It is unlikely that there is a threshold below which cancers are not induced.”

Internal exposures to radiation in food are even more difficult to calculate than the surrounding environment because most food (fish, for instance) is dense and requires chopping or even pulping to allow for accurate readings. Copper or lead shielding is also required to separate background radiation from the food being tested. Testing equipment known as a Spectrometer is bulky and retails for about $30,000. Research is underway to develop accurate food monitors but affordable technology is far from ready. Currently the average consumer doesn’t have many options at all for sourcing truly safe food.

The FDA has yet to step up with widespread, transparent testing in the US and in fact insists that our seafood doesn’t require testing regardless that the American Medical Association has called on the US government to do just that.  Even if FDA does agree to test, they currently have the highest allowable levels for radiation in food in the world, 12 times higher in fact than Japan www.FFAN.us. Recently the EPA raised the allowable levels for radiation in drinking water.

Is there an upshot to all of the bad news? Information is power, and awareness is essential. Fukushima has focused attention on the nuclear industry’s impact on food like never before. The US lags behind Germany and other countries in transitioning to renewable energy, but the transition is indeed underway. Greenpeace published a report stating that new installations of clean energy have surpassed those of traditionally dirty energy sources. It stands to reason that production will follow.

Prior to the internet updates were nearly impossible regarding Chernobyl radioactive fallout on the Ukraine and Belarus in 1986, where to this day trans generational DNA damage continues to produce devastating health consequences. Today we’re able to learn valuable lessons, one of the most important being that ingestion of radioactively contaminated food and water causes cancers, birth defects and much more.  Now that we know the problem, what can be done? RAPT (Radiation Awareness Protection Talk) is a unique, clear, concise 3 part audio program designed to help best prepare you and your family for radiation in our air, food, and water. A free Special Report is at www.RaptAwareness.com.

SAVE THE DATE FOR KPFA’s PROJECT CENSORED:

Save the date: Listen to KPFA’s (94.1 FM; www.kpfa.org) Project Censored on Friday, November 14 from 1 to 2 PM.  The topic:   ”Fukushima and more radiation updates, plus how to achieve and help maintain the best possible health for you and your family in a radioactive world.”   Guests will be Libbe Halevy and Kimberly Roberson.  Libbe was a victim of Three Mile Island nuclear exposure and is now Producer and Host of the internationally syndicated Nuclear Hotseat radio podcast, as well as author of the ebook, “Yes, I Glow in the Dark, One Mile from Three Mile Island to Fukushima and Beyond.”  Kimberly is a certified Nutrition Educator and founder of Fukushima Fallout Awareness Network.  Soon after Fukushima began she wrote:  ”Silence Deafening:  Fukushima Fallout.. A Mother’s Response.” Together, they created Radiation Awareness and Protection Talk, or the RAPT audio series on best practices to help protect from the impact of nuclear radiation on our health. They will be interviewed by Professor Mickey Huff and Professor Peter Phillips.  A recording will be archived on KPFA’s website.

Sources for this blog include: