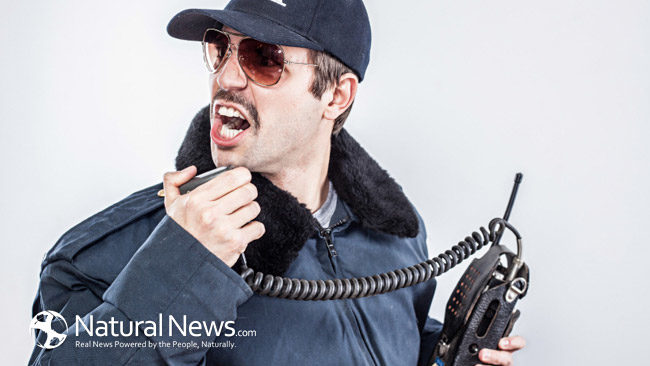 (NaturalNews) Associated Press reporters are outraged over recent revelations that the Obama administration engaged in a “sweeping seizure” of the private phone records of AP reporters as part of a Justice Department investigation. No probable cause was given to anyone, and hundreds of AP reporters were simply deemed guilty by the government as their phone call records were confiscated without explanation.

The behind-the-scenes anger — and heads-down determination of the AP staff members to keep doing their jobs amid the extraordinary public flap — comes as top executives from the wire service have mounted an aggressive public pushback against DOJ, calling its snooping a “massive and unprecedented intrusion” in a letter fired off to Attorney General Eric Holder. And yet something of a bunkerlike atmosphere has taken hold at the AP in Washington with no bureau-wide meetings or announcements about the DOJ’s action, AP sources told POLITICO.

But what’s not being reported is that the Associated Press helped create the very police state it now condemns for violating its freedoms and privacy.

Over the last several years, AP has come down on the side of big government on practically every story, routinely attacking the Bill of Rights, demonizing protectors of the Constitution and endorsing government monopolies over everything from health care to the money supply.

The AP, in fact, falsely refers to itself as a “news organization” when the truth is that it has functioned far more like a big government propaganda mouthpiece that anything resembling independent news reporting.

In addition, the AP all but declared war on alternative medicine back in 2009, and their reporters openly and willfully lie about water fluoridation, yet another big government program to poison the people.

The AP apparently thought that if it went along with the tyranny, it would be given a pass by the oppressive, criminal government now in power in the United States of America. But they were wrong: Going along with the police state does not make you immune to it, and now the AP is coming to learn that the hard way.

Suddenly the AP is crying wolf

If you read the AP’s articles now, they are suddenly crying wolf about how terribly the government is treating them. Here’s an example from today, when the AP reported on itself, saying:

The Justice Department secretly obtained two months of telephone records of reporters and editors for The Associated Press in what the news cooperative’s top executive called a “massive and unprecedented intrusion” into how news organizations gather the news.

In all, the government seized the records for more than 20 separate telephone lines assigned to AP and its journalists in April and May of 2012. The exact number of journalists who used the phone lines during that period is unknown, but more than a hundred journalists work in the offices where phone records were targeted, on a wide array of stories about government and other matters.

“There can be no possible justification for such an overbroad collection of the telephone communications of The Associated Press and its reporters…” said AP president Gary Pruitt.

Ah, but the government needs no justification under a lawless administration, you see. In an administration stacked floor to ceiling with unindicted criminals — including the Attorney General himself — there can no longer be any reasonable expectation of due process.

This is not real America, Mr. Pruitt. Thanks to people like you, we are now living under enemy occupation, enslaved under an administration which absolutely hates both the First and Second Amendments. This is why you are being targeted.

The AP conveniently forgets all this when promoting tyranny that impacts everybody else. When the AP calls for taking away guns from all Americans, it forgets that the Second Amendment protects the First Amendment. Without someone to limit the criminal activity of government, sooner or later the government comes knocking on your door, too.

Yes, even if you work for the Associated Press.

In truth, no one is safe when the government abandons due process and abuses its power to surveil, intimidate or oppress citizens. The irony in all this is that the AP helped promote the propaganda of the very system that now targets its own reporters for illegal, unethical surveillance.

But this is only the beginning of where all this is headed. If the Associated Press and other news organizations continue to push the lies and deceptions of Big Government — including pushing all the false flag narratives used to expand the police state — we will soon end up in a nation where reporters who question the government’s actions are simply dragged out of their offices, lined up against the walls of their own buildings and shot in the head by government operatives. Who needs due process when the government can do no wrong and the President tells college graduates that governments can never become evil?

What the AP is learning now is that no one is safe when government abandons the rule of law and does whatever it wants, without any limit or restraint. This incident is becoming a live history lesson for AP reporters, who are suddenly discovering that all the so-called “conspiracy theories” about governments going bad are completely true!

Is the AP now an anti-government group for criticizing the Justice Department?

In fact, according to the AP’s own previous reporting, the Associated Press itself can now be characterized as an “anti-government group” because it is suddenly questioning government. If the AP of 2012 were covering this story involving the AP of 2013, it would be writing that some crazy anti-government group is unjustly criticizing the Department of Justice which is only protecting America from terrorism. Only when the AP itself becomes targeted by tyranny does the organization realize what’s going on.

That’s the funny thing about tyranny, you see: The more you push it, the more it sooner or later comes back to bite you in the ass. Perhaps with this incident now waking up AP reporters to the police state reality they helped build, we may see a change in rhetoric from the Associated Press. Suddenly government conspiracy theories are no longer fictions but are first-person facts experienced directly by AP reporters themselves.

Suddenly the rantings of people like Alex Jones — who has been warning for over a decade that the government is spying on you — don’t seem so crazy anymore. Suddenly the government’s narrative on everything in recent history — Benghazi, Obamacare, gun control and even the Boston Marathon bombing — must be called into question.

What the government really did in all this is admit to the AP that yes, the federal government is a lawless, criminal gang that respects no limits on its power. If the AP doesn’t now redirect its staff to initiate a deep investigation into the Obama administration’s abuse of power, then there’s no hope whatsoever for the future of the entire organization. Unless we stop the tyranny, the AP will be reduced to nothing more than a joke of a propaganda mouthpiece that does nothing more than reprint White House press releases and lick the boots of government officials who tell them what to print.