Antidepressants and SSRI’s Destroy Your Sleep 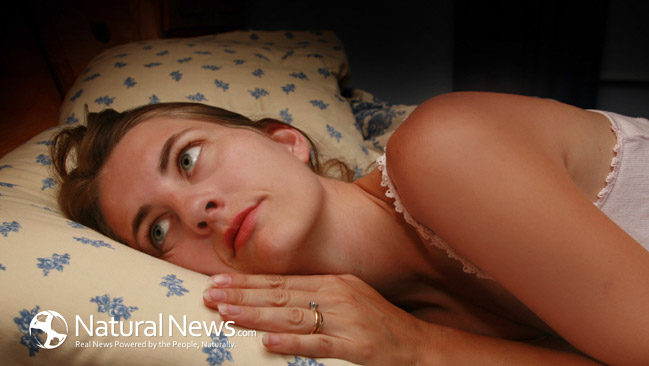 Antidepressants worsen sleep in depressed patients, thus increasing depression symptoms. If you’ve been prescribed antidepressants and not warned, read on.

I was watching an old episode of Star Trek: The Next Generation about the Enterprise crew going slowly insane, experiencing violent outbursts, cognitive impairment, and psychosis. In the episode, Dr. Crusher explains to the crew (and viewers) that the entire crew is experiencing REM sleep deprivation. As with many Star Trek episodes, this passage is based on scientific fact. Reduced or absent REM is neurologically destructive, and poor REM is a well-known (though less-discussed) side-effect of SSRI, antidepressant, and benzodiazepine usage.

Before I proceed forward, let me say that SSRI antidepressant’s negative effect on REM sleep has been known anecdotally since the late 80’s and scientifically quantified in peer-reviewed published studies in the early 90’s. It is well-established that complete, refreshing sleep is essential to overall mood and reducing depression symptoms. And yet, it is also known how antidepressants such as Prozac reduce sleep quality. If you’ve ever been prescribed an antidepressant, ask yourself this question: did the physician or pharmacist ever mention to you that the drug you were about to take is known to suppress restorative REM? No? Read on.

Sleep is a neurologically and hormonally-dynamic environment where the body and brain undergo repair in preparation for the next day. Consider, for a moment, how disadvantageous sleep is to one’s survival. Back in the good ole’ days of hunter-gathering, unconsciousness for 8-10 hours would have put a person at grave risk of death (and thus, be unable to procreate and further the species). Nonetheless, sleep is so critical to one’s survival that it necessitates the risk. During sleep, the brain alternates through cycles of light and deep sleep. It is in these light and deep sleep cycles (or sleep stages), that the brain and body are restored. Rapid eye movement (or REM) sleep is considered the “light” stage of sleep in that cycle (as the brain is closest to a state of wakefulness when in REM). The deep cycle is delta or slow-wave sleep. REM is when the brain undergoes neurologically-critical restorative processes.

Generally, adults average 20-25% REM nightly. When a patient in my sleep clinic presents with history of cognitive impairment, memory problems, mood swings, anxiety, the first thing I expect to see in his or her polysomnogram (or sleep study), is a reduction in total night REM.

The history of the first major SSRI, Prozac, is interesting. Prozac’s developer, Eli Lilly, first tested LY110141 as a hypertensive then anti-obesity drug. Neither worked. Then they tested it on psychotic patients and those hospitalized due to depression. The drug was reported to have no benefits. In some cases it worsened their symptoms. Only when they tested the drug on ‘mild depressives’ did they find success. The initial mild depressive group was five recruits. Eli Lilly’s total revenue in 2013 was $23 billion. In 1999, Prozac represented one-fourth of total revenue.

I mention the worsening of symptoms in psychotic patients to return us to this article’s introduction. We live in a culture today where depression symptoms are over-medicated. This study found 7 out of 10 antidepressant users aren’t depressed. Natural News does a great job of offering resources for holistically addressing the underlying cause of these symptoms. Restoring one’s sleep is another key feature to addressing depression, anxiety, and related mood disorder symptoms. We spend one-third of our life asleep, and within that, one-fourth in cognitively-restorative REM. Fixing the causes of poor restorative sleep can improve the quality of one’s life.

What is Restorative Sleep?

Joshua is an ABSM Registered Sleep Clinician and sleep counselor who has been working with sleep disorder patients for over 10 years at an AASM accredited sleep disorders testing and treatment center in Austin, TX.