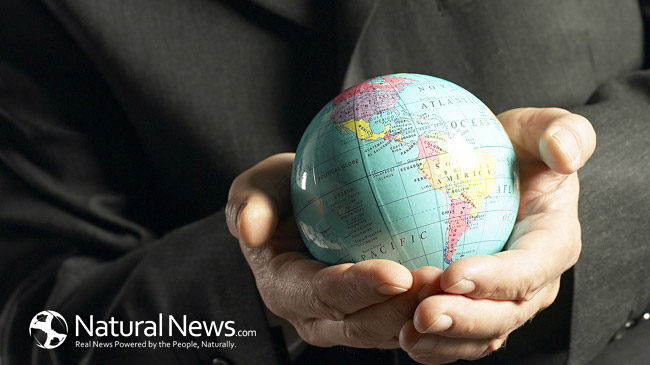 A Well-Intentioned Rant Concerning Our Social Dissolution
As a society we are finding ever more inventive ways to hurdle ourselves to depths of depravity once thought unattainable a short time ago. Like a speeding bullet we blithely propel ourselves right through any moral safeguards designed to protect us from our lowest carnal nature as we descend unceremoniously into a pigsty of degeneracy and turpitude that should earn the pity of any onlookers with even a modicum of sanity still intact.

There appears to be no limits to the satanic parade we are held captive to, no chasm of ethical corruption that will not be explored, as we are led down the road to perdition by the various pied pipers of ‘progress’ and ‘evolution.’

Today, we are constantly instructed by the ‘liberal’ denizens of media and academia to tolerate evil more and more each time we are confronted with it. Those who cling to a diminishing scrap of social mores – the remnants of a by-gone era – are characterized as bigoted villains who spitefully obstruct the stampeding march of progress.

What we see before us in the daily papers and on the nightly news is an unrelenting program of debasement. The primary target in this unholy war is our children, whose perceptions of the world around them, the natural order of things and the knowledge of right and wrong are being turned upside down and replaced with an amoral creed of carnival-like madness that is certain to have lasting negative effects as they continue to grow into adulthood. This, I emphatically suggest, is the chief objective woven into this program of systematic social transfiguration. Children born into this world will understand it to be normal.

The signs are all around us, so blatant nowadays as to be made manifest to even the most oblivious onlookers.

It was recently announced that Toronto will soon be welcoming a new brothel to its city. As immoral as this may seem to some of the older guard, it would hardly register a blip on modern man’s Richter scale of indignation in these days of perversion and vice were it not for a particular uniqueness. What makes the announcement a newsworthy item is the fact that this den of iniquity does not employ flesh and blood human beings to gratify its paying customers, but rather sex dolls made from silicone! It wasn’t long ago that performing coitus with an inanimate object was rightfully viewed as taboo. Not anymore! Now, it is hurdled out into the mainstream and depicted as a normal thing to do, a service in such high demand apparently, that there are established places of business where paying customers may go and do the horizontal flop with an unliving, synthetic doll available in multiple different pigmentary persuasions suitable to the preference of the debauchee thus engaged. Tally another run on the scoreboard of progress!

For the record, I couldn’t care less what a grown adult chooses to do with their time so long as they are not inflicting harm of any kind. It is none of my business whatsoever. What I protest is the fact that abnormal habits once rightfully considered taboo are being rehabilitated and sold to our people as actually, quite ordinary after all! What a master stroke of prestidigitation! Many people who remember a time before this madness will not fall for such a farce. Children, however, will not be able to make such critical distinctions as they see the headlines carelessly emblazoned across homepages, newspapers and magazines.

The tireless crusaders of communist conquest will stop at nothing in their attempts to turn our world into a cesspit of unimaginable proportions. Just look how far they have already brought us! These adversaries of the natural order are aligned with an evil entirely incomprehensible to ’21st century agnostic man’ who cares much less about such ‘trifles’ as the salvation of decency than he does the fast-paced stimulation and companionship of his various electronic devices.

Evil as our oppressors may be, however, they are nothing if not clever. Many of their most diabolical schemes are adorned with the cloaks of social justice, equal rights and cultural advancement – ideas that when applied without ulterior motives are of course, a wonderful thing. But ulterior motives are exactly what lie just beneath the surface of so many of these mass movements we see today, from gun-grabbing marches to rallies against free speech. We must all be ever vigilant about what we choose to tolerate because once we give them an inch you can guarantee they will take a mile. We must always be capable of using our God-given abilities of discernment and foresight to really see where they plan to lead us and to oppose their ambitions once the true nature is suspected.

The stalking horse method is a favorite tactic of these demonic figures and it could very well be that lurking in the shadows, linked onto the train of the LGBT phenomenon, is a most sinister agenda for normalizing pedophilia, awaiting its opportunity for the subjects in this deceptive game (the population en masse) to be properly processed into accepting its manifestation upon the public stage. As outlandish as this may seem to some in our contemporary age, the signs are already there for those with eyes to see.

It is equally possible that the recent explosion of transgenderism could be yet another step along this same path of complete social and biological revolution, leading ultimately one day to the androgynous human who is incapable of breeding, as foretold by Aldous Huxley in 1932’s Brave New World. It is certainly not outside the realm of possibility either, that the ‘humane’ assisted suicide they are so adamant about expanding, could one day be used to terminate ‘undesirables’ such as the mentally or physically infirm. Again I stress, everything will initially be presented as a uniquely benevolent act of humanity for a progressive new age. It is incumbent upon us to try and see their true motives through the mists of confusion that they sow and strive for a better standard of personal cognition.

My objective here is not to discriminate against anyone in any way shape or form, but rather to question just how many of these movements that have suddenly and inexplicably gained so much traction, may actually be a convenient smoke screen to conceal an agenda of unthinkable malevolence. Undoubtedly, there are many decent people who belong to such movements and in no way do I wish to castigate them or their particular lifestyle, but it is my sincere contention that they may eventually be used as unwitting cannon fodder to bring about change that is entirely contra naturam.

If this all seems too far-fetched I urge you to take a minute and think about how a description of our current world would sound to someone merely 60 years ago. Any account of our current state of affairs to a person from the 1950’s would sound like the babblings of a Martian. What troubles me is how successfully the orchestrators of this drama have been able to impose their every whim upon us without any serious resistance; everything from the destruction of the family unit, our communities and people’s Christian faith, to the poisoning of our food and water supplies and the ever-increasing merger of man and machine. The way that we have been led incrementally and thus, imperceptibly, into this dismal situation we find ourselves today is instructive on how they plan to achieve many of their revolutionary ambitions. We must not censor one another or quake in fear at speaking our mind for concern of reprisal when we are confronted with something that we whole-heartedly disagree with, even if it renders us ‘politically incorrect’ in the eyes of our neighbors. After all, this is a battle over the right to leave our future generations a world worth living in. What we are up against is nothing short of a calculated, long-range plan by the elite practitioners of satanic diabolism, which seeks to shape our lives into their image of disfigured savagery. We must obstruct them at all costs.