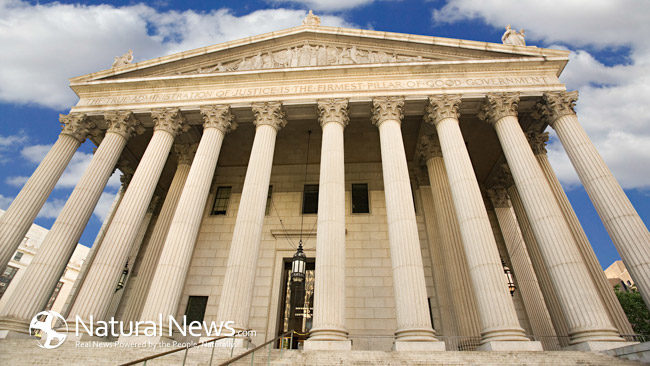 Over the past 17+ years a great many people who have closely examined the events of September 11, 2001, have concluded that the official government story we were presented with simply cannot be true. Included amongst these people are thousands of architects and engineers, university professors, first responders, pilots, and many others. Despite the eminence of many of these authorities, the mainstream media – when not affording them the all-too-predictable silent treatment – continues to calumniate these learned individuals and cast them as ‘crackpot conspiracy theorists’ occupying the outter fringes of our society. All of that seems about to change, however.

After so many years of being ignored by the public at large, the labors of groups like Architects and Engineers for 9/11 Truth, Scholars for 9/11 Truth, Firefighters for 9/11 Truth, and Pilots for 9/11 Truth; and the work of people like theologian David Ray Griffin and others, may finally be paying serious dividens. The Lawyers Committee for 9/11 Inquiry, along with over a dozen 9/11 family members, have presented a large collection of evidence to the U.S. Attorney for the Southern District of New York to substantiate their thesis that the buildings of the World Trade Center could only have been destroyed in the manner which they were through the use of explosive devices. Because of the evidence presented, U.S Attorney Geoffrey Berman of Manhattan, NY has complied with the provisions of federal law 18 U.S.C § 3332 and has ordered the convening of a federal grand jury to finally investigate the attacks of 9/11. This is indeed a historic occurrence, and one that is long overdue.

We can only hope that justice will prevail and the citizens of this country may at long last gain a better understanding of the seminal event that has been the sole reason for America’s involvement in countless illegal wars in the Middle East and the implementation of a police state here at home. Even right now, before the grand jury has heard any testimony or reviewed any evidence, progress to that end may have already been made. To quote Paul Craig Roberts, former Assistant Secretary of the Treasury during the Reagan administration: ”What the 9/11 truthers and the Lawyers’ Committee have [already] achieved is the destruction of the designation of 9/11 skeptics as “conspiracy theorists.” No US Attorney would convene a grand jury on the basis of a conspiracy theory. Clearly, the evidence is compelling that has put the US Attorney in an unenviable position.”

After waiting more than 17 years, the war-weary citizens of America who have had their freedoms systematically eroded over that time, are hopeful that justice may finally be done and our young men and women of the U.S Armed Forces can return home where they belong instead of killing and being killed in Middle Eastern countries on account of a massive deception. Proving in the courts what so many of us already know would go a long way towards bringing about just such a happening.