The 6 Worst Green Smoothies in History 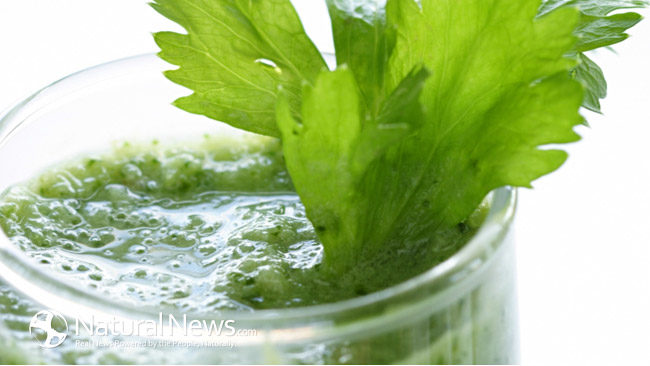 Green smoothies often evoke thoughts of good health.. at least for me they do. After all, with ingredients such as spinach, kale, blueberries and almond milk, there’s nothing that screams “unhealthy.” In the book, The Complete Idiot’s Guide to Green Smoothies, Bo Rinaldi says that they “…always make delicious, super-nutritious, whole-food meals.” You can say that again!(1)

One word of warning, though. They make tasty, nutritious meals provided they’re made with the right ingredients. I remember one time as a child when I insisted eating my pasta (back in the day when I ate that refined stuff) with…are you ready? Orange juice. My dad warned against the food combination, but my urge to have both was overwhelming. Turns out that so too, was my need to rush to the bathroom to um, undo what I had just done. Ugh. Everything about it was wrong.

That being said, the same goes with green smoothies. For those curious, there are plenty of bad moments. Don’t be one of these people.

1. The Porcelain Goddess (A.K.A. The Vomit Smoothie)

There’s a phrase about “praying to the porcelain goddess,” a kinder way of saying that one is kneeling in front of the toilet bowl to vomit.

Well, apparently there’s a smoothie that smells just like vomit. As if that’s not bad enough, the act of smelling this is so horrific, it’s likely to set off a gag reflex that the mere thought of ingesting it will likely cause one to pray to the porcelain goddess.

The combo to stay away from? Tracy Russell, founder of Incredible Smoothies and a health advocate for several years, says that blending dandelion and blueberries creates the vomit-like odor. “You either have to plug your nose and chug it, swallowing quickly before the gag reflex takes over,” she says, “or toss it down the drain.”(2)

Sometimes, there’s truth to the thought that less is more.

Many people, in their haste to create a mega-healthy green smoothie get heavy-handed with their greens. And fruits. And superfoods.

Before you know it, the taste actually becomes bland, almost nondescript. Sure, it’s filled with healthy goodness, but it also tastes like cardboard. Know when enough is enough, and do as Bon Appetit’s test kitchen manager Brad Leone suggests: use complementary foods. It works for juicers as well as blenders. “Adding 15 different things will make it a murky brown color, he says. Instead, he suggests sticking to a basic list that includes tasty pairings including green apple, kale, mint, parsley, lemon and ginger.(3)

Much as you may enjoy asparagus, it should stay away from the blender.

Russell explains that she added several spears to favorite foods such as oranges and pineapple and “…still didn’t like it.”

She tried five, then three spears. Eventually she could tolerate one spear in her green smoothie, but says that at the point, there was no nutritional value, so she stopped trying to force the vegetable in her smoothies. In this case, less was definitely not more.

“I was finally able to ‘hide’ one asparagus spear in a large smoothie, but at that point, the asparagus is nutritionally pointless,” she says. “I say skip this one.”(2)

Avocados are super healthy and are a great base in many recipes such as chocolate “puddings” and side dips.

They’re even OK in a green smoothie, but again, less is more.

When Russell added an entire avocado to her green smoothie and not enough water, she says she felt like she was eating a bowl of guacamole. Even though it included pineapple, peach and spinach, she says she basically ended up with “pineapple-flavored guacamole” she had to eat with a spoon.

Instead, she suggests using no more than 1/4 of an avocado in smoothies and to be sure there’s enough water to make it sippable.(2)

A broccoli smoothie, is what Russell says is up there with one of the worst drinks she’s had. (Undoubtedly, the Vomit Smoothie tops the list).

She once tried a green smoothie with broccoli and pineapple, but says “It was extremely thick, undrinkably bitter and just plan G-R-O-S-S!”

She hasn’t completely abandoned the idea, though. These days she says she adds one banana for ever 1/2 cup of broccoli florets to keep these smoothies as simple as possible.(2)

When you want a smoothie, you want just what the name implies: smooth. Something you can easily swallow, maybe even sip from a straw. Sure, there might be some chunks here and there or crunchy bits of chia seeds, but a gelatin-like substance? Ewww.

This happened to Russell when she attempted to make a kale and blackberry smoothie.

Not only was she not a fan of the taste as both foods have a slightly bitter taste, but she says that the combination mucks up into a ” …nasty, gelatinous, jiggly sludge when it sits.” She says it’s best to drink right away. Then again, if the taste isn’t so great, why even bother?(2)

So there you have it. From broccoli bits to barfy bits, now you know the top six smoothies to avoid.

Still, I can just see lots of people having to see for themselves. If you’re feeling brave, go for it! Otherwise, save time (and your taste buds) and stick to the green smoothie recipes here!