6 Ways to Keep Your Mind Sharp and Prevent Breast Cancer 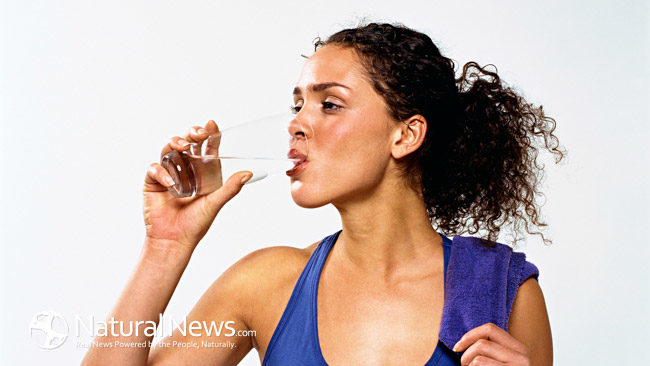 There are so many things you can do to lead a cancer-free life. Not surprisingly, many of the actions you can take to prevent dis-eases like breast cancer can also help your mind clear and active as well.

Prevent Cancer and Help Your Brain Too

Here are 6 easy things you can do NOW to prevent cancer and also stay alert, centered and relaxed.

#1 Cut the sugar. Here’s a fact: sugar intake actually feeds cancer cells. Many studies have proved this, including a 2009 investigation conducted by the University of Utah found that found that sugar not only fed cancer cells but also played a major role in other dis-eases such as diabetes.

And what about sugar’s effect on the brain? While too much of any kind of sweet stuff will shut off immune system functions and lead to inflammation, the kind of sugary stuff you consume also makes a difference when it comes to brain function. Your own unique health challenges, such as candida overgrowth, play a part in how your body reactions to glucose and fructose as well.

And no matter what your state of health, you would do well to avoid High Fructose Corn Syrup (HFCS). HFCS is made from GMO corn and overconsumption has been connected to Parkinson’s and Alzheimer’s disease. The commercial HFCS manufacturing process also uses mercury, which has been linked to depression, anxiety, chronic fatigue syndrome and higher risk of suicide.

#2 Improve Your Gut Health. You may have already heard that over 80% of your immune system cells are in your gut. But can beefing up your gut microbiome help your brain? You bet! This is because of the gut-brain connection, specifically the link between “leaky gut” (where the intestinal lining becomes porous, allowing pathogens to leak out into the bloodstream) and “leaky brain,” which may lead to anxiety and depression and even more serious conditions such as Multiple Sclerosis and autism.

And regarding cancer, a 2012 study at Thomas Jefferson University in Philadelphia found that Guanylyl cyclase C (GC-C) is a tumor-suppressing hormone that lives in the GI tract. A 2012 report published in the journal Diabetes also reported that the gastro-intestinal hormone prouroguanylin is converted to another substance called uroguanylin in the brain. Uroguanylin activates GC-C for metabolic and gastro-intestinal health and function.

#3 Go organic and non-GMO. A 2014 Brazilian study published in the journal Toxicology made the connection between GMOs and neurotoxicity. It found that Round-Up led to cell death in the hippocampus, the part of our brain responsible for short and long-term memory.

The connection between GMOs and cancer, on the other hand, is mired in controversy and studies that aim to investigate this link are often under the watchful eye of agribusiness monopolies like Monsanto. A 2012 study led by renowned French molecular endocrinologist Gilles-Eric Seralini found severe endocrine imbalances in female rats fed GMO corn; the females also developed large mammary tumors. Interestingly, this ground-breaking study originally published in the British journal Food and Chemical Toxicology was retracted in 2014, two years after it was published.

#4 Get more exercise. One reason why exercise is so important for both brain health and cancer prevention is because of the additional oxygen it can provide. Remember that if sugar feeds cancer, oxygen will weaken it since cancer cells cannot survive in an oxygen-rich environment.

Exercise also stimulates a process called “mitochondrial biogenesis” in muscles, organs and the brain. This is the process by which healthy cells increase the production of cellular energy, or ATP.  Getting at least 30 minutes of heart-pumping aerobic activity every day can encourage mitochondrial biogenesis as well as other reactions that can help both brain and body. Exercise has also been shown to lead to increased rate of survival after a cancer diagnosis and treatment.

#5 Manage Your Stress! The important link between stress, cancer risk and neuro-toxicity lies in the amount of cortisol (and corresponding “stress” hormones) are pumping through your body on a regular basis.

When you are in a life-or-death situation, cortisol is vital, since it can redirect energy to functions in your body that will help you survive. For hundreds of thousands of Americans who live with chronic stress, however, an overabundance of cortisol can raise the risk for cancer as well as lead to rapid neurological decline.

You may not think that simply taking a little time out every day to meditate, pray, walk in nature, do a fun hobby, stretch, or simply focus on breathing would have such a profound effect on your physical and mental health, but it does. Take it slow but be consistent: it will take time to train your body and mind to exist in a more peaceful state where true healing can occur.

There you have it: six very simple things you can do RIGHT NOW to prevent cancer and also maintain an alert, balanced mind!