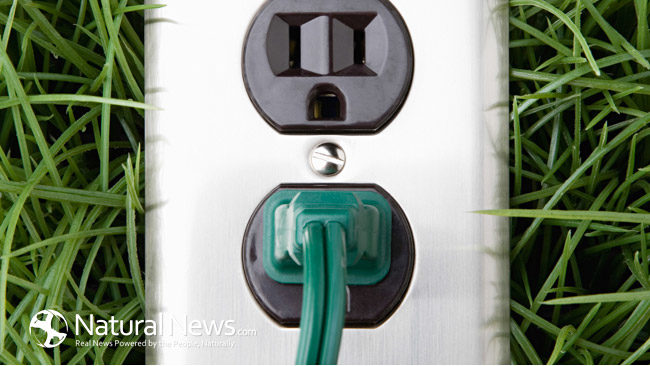 The major factor which puts many people off making important adaptions to create an energy efficient home is often the cost involved. Keeping your home as it is and simply throwing the odd plastic bottle or two in the recycling bin may make you feel like you’re doing your bit for the environment, and though it is better than chucking it into landfill, a lot more can be done.

In order to reduce our reliance on fossil fuels and subsequently cut the planet’s CO2 emissions, the first step is to slash the amount we burn through each year. Every month we use thousands of kilowatts of energy in our homes, a lot of which goes to waste. If everyone used this energy far more effectively it would significantly reduce the amount used each year.

Relying on natural wind and solar power would be ideal, but at the moment this is unrealistic for every home in the world. Instead, converting your home into a more energy efficient environment is achievable without costing the earth by following these few steps.

Evaluate your current energy situation to see which areas can be improved. Large electrical appliances often use the highest percentage of your home’s energy. Install an energy monitor (which can be picked up for very little) to see where your energy is distributed. This will highlight areas where you need to be stricter, such as using the washing machine fewer times a week or not boiling the kettle 12 times a day.

Most also perform best when they’re either new or have been cleaned out. Unless you’ve moved into a brand new home recently it’s likely no attention will have been paid to your radiators in a while. Over time the inside of a radiator builds up levels of dirt which affects its performance. For the most efficient heating it’s important to bleed and clean them every so often. The same applies to other appliances such as vacuum cleaners, washing machines and dishwashers; they will work better and more efficiently when well-maintained.

It’s also possible to get your home evaluated by an expert to see if it qualifies for any grants of subsidised energy bills. Due to government-set environmental targets a number of energy suppliers are offering free boiler upgrades, with reduced price and free cavity wall and loft insulation also on offer.

Most of these are based on your property and/or financial situation. An assessor will check your home’s current fittings to see whether it and you qualify before going ahead with any suggested improvements. This is a much more affordable way to create an energy efficient home than paying for the separate materials, appliances and installation yourself.

Over 40% of energy goes towards heating space in your home and around 30% of that is usually wasted. There are a number of insulation tricks that can be done without forking out for expensive materials which will lower energy bills at barely any cost. The savings made will soon eclipse the initial expense.

Placing foil sheets behind radiators reflects the heat back into the room, rather than letting it escape through the walls. This means the heat can be turned down, reducing the amount of energy used without any effect on the room’s normal temperature. Placing draught excluders over window and door gaps again stops heat being wasted as it escapes. These can be bought or made from old towels for example.

The simplest way to a cheaper, more energy efficient home is to use everything less. Reduce the amount of gas used by turning the heating down a few degrees and wearing an extra layer instead. You probably won’t even notice just notching it down one or two degrees anyway.

Turn off all appliances when not in use, such as TVs, lights and other electrical equipment. Leaving them on may seem convenient but it wastes energy if they’re not being used. Reduce water usage where possible and all these little changes will add up to a more efficient household with lowered energy bills.

Between 10 and 20% of energy is exerted on lighting in each household. Understandably during summer a lot less is used than throughout the darker winter months. Technological advancements have seen the development and more widespread introduction of LED light bulbs, which has dropped the price and helped make them readily available for many homes.

Switching one standard bulb to an LED model will save about £3 a year and use between one fifth and tenth of the energy standard bulbs require. That may not sound like much but when you consider the number of lights in your home that can be changed and the longer life (around 50 years) LED bulbs have, it makes a substantial difference.

Turning off lights when not in use and generally not being wasteful regarding use of all electrical items doesn’t cost a thing, but will make your home more energy efficient.