The 4th Phase of Water: A Key To Understand All Life 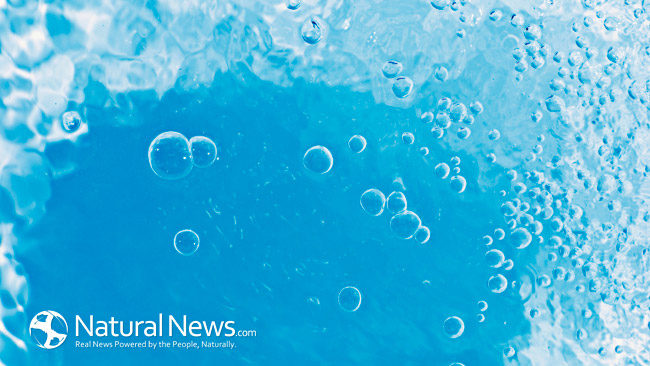 *The following article was written from and inspired by a recent interview I conducted with Dr. Gerald Pollack.

It’s rare that meaningful discoveries are lauded during the time period that they are discovered in. Especially now in the time of rapid information turnover and short attention spans. The work of Dr. Gerald Pollack is a continuation of humanities age-old fascination with water. However, given modern techniques, methods, and equipment available for use, it appears a new page has been added to the discussion.

It was the underrated scientific investigator Gilbert Ling that has, for over 50 years, offered alternative views of how water in humans cells behave. He professed that water inside the cell differs greatly from the ordinary water molecules we drink. He demonstrated that the water inside the cell is actually highly ordered and organized.

Dr. Pollack has been out front of the modern scientific community, some may say out of the box, and yet others may ever say out of his mind. Yet in a historically rigid collection of academics, Dr. Pollack is a refreshing voice following in the footsteps of observation based science minus algorithms and theoretical computer models. His early book ‘Cells, Gels, and the Engines of Life‘ and the latest blockbuster ‘The Fourth Phase of Water‘ have forced the world to awaken to the possibility that the secrets of water appear to be infinite. His books give modern substance and proof to the theories of many great scientists and thinkers throughout time. In addition, it further shows that the work of such pioneers as Victor Schauberger and Masaru Emoto were not simply inconvenient discoveries. It now appears as if each showed the world parts of the same iceberg of knowledge whose mass continues to be concealed by agendas and simply a lack of understanding. All of which have been seemingly cast aside by Dr. Pollacks work of the last decade. He is credited with the observation that there is a fourth phase of water. This phase presents itself in the form of an exclusion zone or “EZ” for short. In this zone, the water splits itself into positive and negativity charged particles. With solutes in one section and the negativity charged portion on the other side. EZ water has the unique attributes of excluding solutes, being able to absorb light, having its molecules aligned, and closely resembling a liquid crystal. These discoveries have continued to shed light on the inner workings of the cells in the human body, being internally composed of approximately 99% EZ water.

The Key To Health: NEGATIVITY

It has been discovered that the fluid within cells called interstitial or what Pollack has coined “Exclusion Zone” water has primarily a negative charge. This negative charge is critical for proper cell function. It has been found that the cells with the highest negativity will function best. To illustration this point, Dr. Pollack explains that “cancer cells, instead of being only 80 to 90 Millivolts (mV) come in at only around 30 mV. Pathological kidney cells are 20-30 mV. This explains the mechanism of anti-oxidants in the human body further by their very definition of oxidation meaning the loss of negativity. Hence, antioxidants do not permit this loss of negativity within the cells which optimizes their function.

EZ water in the presence of photonic energy (all wavelengths from ultraviolet to infrared) grows the exclusion zone (the negatively charged zone). When artificial infrared light was aimed at it, the exclusion zone grew by a factor of ten. This gives a more complete explanation of the process of a plant’s photosynthesis. In addition, it also suggests that infrared light (radiant energy), which humans are surrounded by, aids in the process of fluid circulation in the body. The mechanical output displayed by EZ water seems to also support the long-held theory that the heart alone is not a sufficient pump to perform the feats it has historically been attributed to. To be sure, the revolutionary properties discovered by Pollack et al. didn’t stop there. EZ water acts like a battery by splitting into a negative zone and a positive zone. When electrodes are placed into each side Pollack comments, “you can get appreciable electrical energy.” To put things simply he continues, “the water is essentially an engine or transducer by acting to transform the energy.” What the water uses as fuel, Dr. Pollack explains, is “external radiant energy” in which it has been demonstrated to transmute into mechanical, electrical, and even optical (one wavelength in and a different wavelength out).

“Water doesn’t just sit there, it absorbs energy all the time and converts it.” -Dr. Gerald Pollack

Many of us are dehydrated. As we get older we get wrinkles which are a reflection of progressive dehydration among other things. “When babies are born they are roughly 80-85% water. As we age we have a smaller and smaller fraction of water, perhaps 60% (of our bodies)” Pollack states. The revolutionary work of Fereydoon Batmanghelidj in his seminal book ‘Your Body’s Many Cries for Water: You Are Not Sick, You Are Thirsty!‘ backs up Dr. Pollack’s statement in addition to adding that many of our modern disease states, illnesses, and ill-health conditions are a result of dehydration. This question now seems to center around what type of water is best. At the time of this writing/interview, Dr. Pollack stated that “From the evidence I’ve seen, I’m convinced that first of all you need to drink a fair amount of water. And secondly, some waters may be better for your health than other waters.” In the field of water research still in it infancy, terms like structured, double helix, vortex, micro, and charged water all may have their rightful place. However, a truly unbiased, comprehensive, and comparative study for the sake of humanity has yet to be done. Dr. Pollack went on record to say “we tried to get some support on several attempts from the National Institutes of Health but as you know most of the research that goes on in medicine tends to be genomic or drug oriented. The idea that water could be the magic pill, so to speak, is actually rather foreign to many of those people.”

This is a good time to plug the most important annual water event on the planet. It is called The Conference On The Physics, Chemistry, and Biology of Water held in Bulgaria this year (2014).

When asked about his view and experience of the scientific community’s resistance to change, Dr. Pollack had the following to say:

“The scientific community is a rather conservative community. People in the community are often willing to entertain ideas that run seriously against the mainstream. Not only does it feel strange and awkward to entertain a concept that’s radically different from what you’ve grown up to believe but also is the problem that it impacts your career. So for example, if I propose to a flat earth community that the earth is actually round, ya know, it’s not so easy for people to choose such a radical point of view no matter how right it might be. The reason is that the flat earth people have built careers around the flatness of the earth and they’ve become the world’s experts. And if the New York times wants to interview someone about the shape of the earth they are going to go to the flat earth people, of course. And we all have egos and we don’t want to relinquish our vaunted positions in society. That leads to a problem because we are all reluctant to give up our cherished ideas in favor of a radical idea. So we all know that’s it’s happened since Galileo and well before that. And it’s happened this century and last century to so many people who have dared to challenge the science.”