16 Dangerous Foods Americans Eat That Are Banned In Other Countries 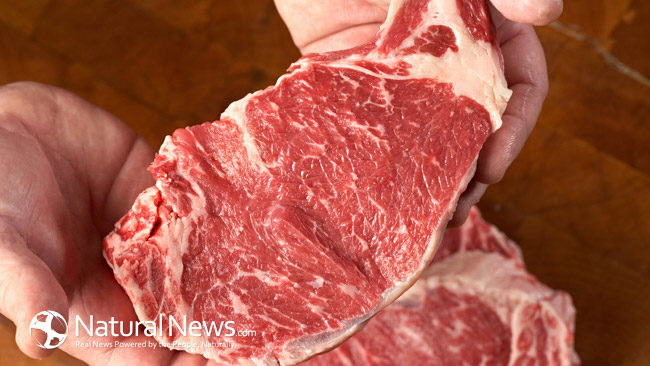 Americans are slowly waking up to the sad fact that much of the food sold in the US is far inferior to the same foods sold in other nations. In fact, many of the foods you eat are BANNED in other countries.

Seeing how the overall health of Americans is so much lower than other industrialized countries, you can’t help but wonder whether toxic foods such as these might play a role in our skyrocketing disease rates.

Atrazine is one of the most widely used herbicides in the US. This particular herbicide is notorious because it has been known to leak through the ground and contaminate drinking water. Like other herbicides, small doses also transfer into humans via the crops that we eat.
Found in: Drinking water, crops. Health Hazards: Has been linked to reproductive problems. Banned in: European Union

Much of the US beef and milk cattle are fed synthetic hormones prior to their slaughter or milking in an attempt to get as much product out of the cow as possible. The National Cancer Association has since seen cases of hormonal cancer rise.
Found in: American beef and milk Health Hazards: Cancer Banned in: European Union, Japan, Australia, and China

Ask someone to name a poison and arsenic will be one of the first things to come to mind. Oddly enough, it’s in the chicken that we eat because it makes their blood vessels appear pinker and, therefore, fresher. On top of this, arsenic-laced chicken manure is commonly used to feed cows, spreading the substance to their meat as well.
Found in: Poultry and manure fed cows Health Hazards: Cancer Banned in: European Union.

Ractopamine is a drug that makes its way into most pig and cattle feed. Similar stuff is commonly used in asthma medication and makes animals more muscular while reducing fat and increasing profit margins.
Found in: Pork and beef Health Hazards: Weight gain, increased heart rate, insomnia, headaches, and tremors. Banned in: Unsurprisingly, this additive has been banned in the European Union, Russia, and even China.

Color additives such as red 40 and yellow 5 are artificially created from coal tar and petroleum. Research has shown that bland coloured food is far less appealing to customers, so companies pump food full of this stuff.
Found in: Pretty much everything we eat, from candy to macaroni and cheese. Health Hazards: Brain cancer, nerve-cell deterioration, and hyperactivity in children. Banned in: Much of the European Union.

Thousands upon thousands of chickens are stuffed into small warehouses to produce cheap meat on a large scale. Needless to say, the chickens pick up a lot of harmful pathogens, so, their meat is washed with a chemical that has been weaponized to kill off any germs.
Found in: Chicken Banned in: European Union

The US food industry seems to be obsessed with using toxic chemicals in its products. Bromine makes a return in the form of a flour-bulking agent which reduces the amount of time needed for baking.
Found in: Rolls, wraps and flat bread. Health Hazards: Kidney and nervous system disorders, gastrointestinal discomfort and cancer amongst rats. Banned in: European Union, Canada, Brazil and China.

While most countries wait for flour to naturally whiten, US food companies add azodicarbonamide to bleach the flour as quickly as possible. This chemical is also found in sneaker soles.
Found in: Bread, boxed pasta and baked goods. Health Hazards: Has been linked to asthma Banned in: In Singapore, you can face 15 years in jail for using the chemical in food.

Butylated Hydroxyanisole and Butylated Hydroxytoluene are two delicious sounding chemicals that are used to stop food from becoming rancid.
Found in: Cereal, gum, butter and meat Health Hazards: Has been linked to cancer Banned in: UK and Japan.

Antibiotics are commonly used on US farms to promote animal growth and combat the unnatural and squalid conditions of their pens. Around 80% of all antibiotic use in the US is in cows, salmon and other animals.
Found in: Meat Health Hazards: The overuse of antibiotics may be linked to an increase in drug-resistant bacteria that make people sick. Banned in: European Union, Australia and New Zealand

Food in the US is often exposed to low levels of radiation as a method of preservation and to stop food borne illness. The European Union only allows irradiation to take place in herbs and spices and argue that it is an unnecessary – and potentially dangerous – replacement for good hygiene in the food industry.
Found in: Meat as well as fresh fruit and vegetables. Health Hazards: Fear that irradiation could initiate dangerous chemical changes in food. Banned in: European Union.

Phosphates are often added to meat to enhance moisture absorbance, color and flavor and to reduce shrinkage of poultry.
Found in: Meat Health Hazards: Phosphate is an arterial toxin and increases heart disease risk. Phosphate additives may also increase the number of harmful bacteria in chicken. Banned in: European Union.

This stuff is (apparently) meat. More exactly, the clingy meat that’s pulled from the bone by a machine, including a little cartlidge. Pink slime is used as an additive to bulk up cheap meat.
Found in: Hot dogs, burgers. Health Hazards: This ‘meat’ is more likely to carry pathogens because it’s pulled from the bone. Banned in: European Union

Many of the papayas that make their way to the US are genetically modified to be ringspot virus-resistant. While we don’t fully know the effect of genetically engineered foods on humans, many European countries are opposed to the idea because of the effect these crops have on animals.
Found in: Papayas, corn, and many other crops. Health Hazards: Animals fed GE foods have suffered intestinal and organ damage, tumors, birth defects, premature death and in some cases, sterility by the third generation. Banned in: Austria, France, Germany, Greece, Hungary and Luxembourg.

18 Fruits And Vegetables With The Most Pesticides

28 Foods That You Should Never Refrigerate