Zinc deficiency: its actual cause and direct impact on human health 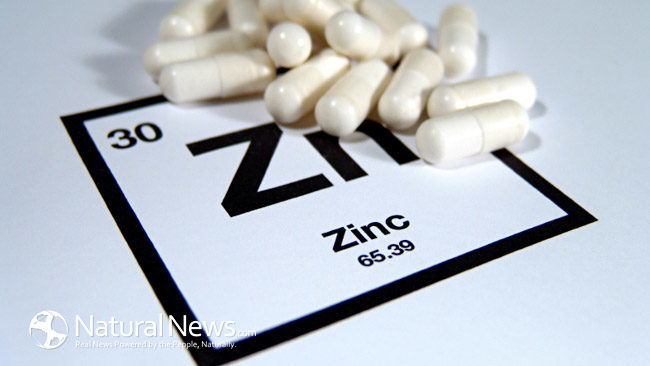 Zinc is the 24th most abundant element on Earth. It is an essential trace element for humans. Zinc is found in nearly 300 specific enzymes (1); is the second most abundant transition metal in organisms after iron; and is the only metal which appears in all enzyme classes, meaning it plays a role in virtually all functions of an organism.

However, in my practice, the main factor leading to zinc deficiency is malabsorption. I will briefly go over three causes of zinc malabsorption that I have repeatedly seen over the years: phytates, medication, and heavy metals such as aluminum and mercury.

Epidemiological data suggest at least one in five humans are at risk of zinc deficiency (2, 3). This is in large part because the phytate in cereals and legumes has not been removed during food preparation. Phytic acid or phytate, is the major storage form of phosphorous in cereals, legumes, seeds and nuts. Phytic acid is known as a food inhibitor which chelates micronutrients, like zinc and iron, and prevents it from becoming bioavailabe for humans due to our inability, (steming from a lack of the enzyme phytase), to neutralize phytic acid in the digestive tract. Several methods have been developed to reduce the phytic acid content in food. These include genetic improvement as well as several pre-treatment methods such as fermentation, soaking, germination and enzymatic treatment of grains with phytase enzyme. However, due to the overconsumption of grains for the last several decades, these methods do not resolve the actual deficiencies they have caused in the first place. This is the primary reasoning behind my recommendation to all my patients to abstain from grains (mostly wheat, rye, corn, soy, and at times all grains depending of the severity of the patient’s symptoms). In addition, we supplement the diet with zinc and a broad spectrum mineral supplement in order to correct the deficiencies.

Medications greatly interfere with the digestion, assimilation and utilization of foods by the body. Mediations like antacids/Ulcer Medications (Pepcid, Tagamet, Zantac, Prevacid, Prilosec, aluminum antacids), antibiotics (gentamycin, neomycin, streoptomycin, penicillins, cephalosporines, tetracyclines), female hormones (estrogen/hormone oral contraceptives), anticonvulsants (barbituates, Dilatin, Tegretol, Mysoline, Depacon), diuretics (Lasix, Bumex, Edecrin, Lozol, Diruil,, Hygroton, and others), cardiovascular drugs (Aldomet, Catapres, Vasotec, Capoten, Monopril and others), antiviral agents (Retrovir, AZT, Foscarnet and other related drugs) all cause problems. I have never seen a medication that was not affecting the entire gastro intestinal tract which ultimately can lead to malabsorption and malnutrition, of not just zinc, but virtually all nutrients. The mechanism behind this phenomenon is very simple. Generally speaking, they all at some degree reduce the production of hydrochloric acid (HCl) by the stomach. Hydrochloric acid (HCl) acidifies the stomach content to a pH of 1 to 2. As microorganisms do not survive in an acidic milieu, HCl acts as a barrier against invaders that we might ingest with our food. In addition, HCl  is important for the digestion of food in order to maximize the assimilation of nutrients consumed. A reduction in the production of HCl by our body is counterproductive and aggravate the symptoms of the patients by worsening their deficiencies. I never recommend my patients to stop their medication. If they take one or more, there was a medical reason behind this situation. Stopping their medication could potentially be life threatening. What we have to do is to find the root cause of their health issues first, addressing the deficiencies with supplementation, rebalancing the body and then the patient will gradually cut back their medication and will not need it.

A major cause of malabsorption that I repeatedly see in my practice is subclinical heavy metal poisoning like mercury, aluminum, arsenic, cadmium, among others. For example, cadmium replaces zinc in a male’s testicles as well as in a woman’s ovaries, causing countless reproductive issues such as sperm counts, impotence in men, reduced fertility in women, and increased libido in women. Possible explanation as to why 25% of the population is considered infertile? Maybe so. However, I would like to propose that mercury from amalgams is a major barrier in proper zinc absorption by the GI tract. Silver dental fillings are mostly made of mercury, silver, tin, copper and other trace elements such as nickel, respectively. Mercury and zinc have very similar chemical structures. Thusly, mercury tends to displace zinc in many enzymatic pathways in our cells.  Zinc is needed for the production of several components like immune cells, neurotransmitters, and virtually every protein that the body needs to properly function. Taking zinc supplementation alone is not enough to adequately rid the body of mercury since it will continue to be displaced by the much larger heavy metal mercury. Indeed, the blood zinc status does not improve or stabilize when mercury is present in the tissues of our body. That is why I recommend a heavy metal detox before supplementing with any type(s) of vitamins, minerals or nutritional products. Otherwise, some of the nutrients present in these products are not assimilated. As a Practitioner, it is frustrating not seeing marked improvement in my patients if mercury and other heavy metals are not being eliminated out of the body. In short, addressing the metals and other toxins must be the very first step to ensure the patient does not continue down the path of decreased nutrient absorption and into a state of further decline of normal health and cellular function.

In brief, zinc plays a critical role in a variety of illnesses. Addressing the primary causes of deficiency is very important as the patient will cease to get better if the body is lacking in this critical element. Identifying the factor(s) impeding its absorption should be the first step in order to help the patient on their journey of health. Clinically, I believe that mercury and other heavy metals play a significant role in the reduction/prevention of zinc assimilation leading to a deficiency over time. Completing a proper detox protocol under the supervision of a professional is highly recommended.