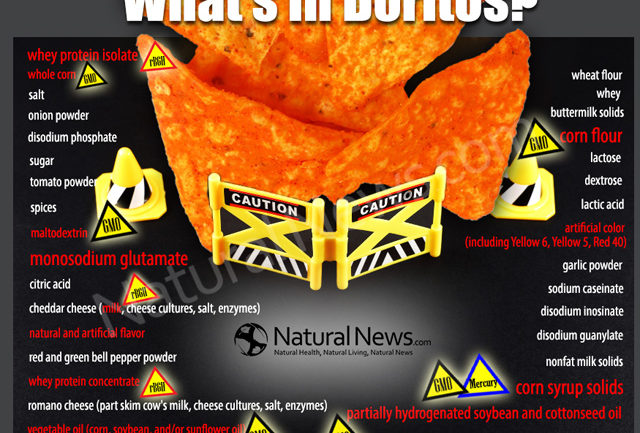 The majority of genetically engineered plants – corn, canola, soybean, and cotton – are typically used to make ingredients that are then used in other food products. Such ingredients include cornstarch in soups and sauces, corn syrup as a general purpose sweetener, and cottonseed oil, canola oil, and soybean oil in mayonnaise, salad dressings, cereals, breads, and snack foods.

“Most GE crops are used as sources of food ingredients and as sources of animal feed,” says Dennis Keefe, Ph.D., director of FDA’s Office of Food Additive Safety

FDA encourages developers of GE plants to consult with the agency before marketing their products. Although the consultation is voluntary

Insect-resistant crops containing the gene from the soil bacterium Bt (Bacillus thuringiensis) have been available for corn and cotton since 1996. These bacteria produce a protein that is toxic to specific insects, protecting the plant over its entire life. Plantings of Bt corn grew from about 8 percent of U.S. corn acreage in 1997 to 26 percent in 1999, then fell to 19 percent in 2000 and 2001, before climbing to 29 percent in 2003 and 76 percent in 2013. The increases in acreage share in recent years may be largely due to the commercial introduction of new Bt corn varieties resistant to the corn rootworm and the corn earworm

Led by Gilles-Eric Seralini of the University of Caen, was the first ever study to examine the long-term (lifetime) effects of eating GMOs.

Up to 50% of males and 70% of females suffered premature death. Rats that drank trace amounts of Roundup (at levels legally allowed in the water supply) had a 200% to 300% increase in large tumors. Rats fed GMO corn and traces of Roundup suffered severe organ damage including liver damage and kidney damage. The study fed these rats NK603, the Monsanto variety of GMO corn that’s grown across North America and widely fed to animals and humans. This is the same corn that’s in your corn-based breakfast cereal, corn tortillas and corn snack chips.

GMO corn was also found to contain 13 ppm of glyphosate, compared to zero in non-GMO corn. This is quite significant and well worth remembering.

The Environmental Protection Agency’s (EPA) “safe” level for glyphosate in American water supplies is 0.7 ppm. In Europe, the maximum allowable level in water is 0.2 ppm. Organ damage in animals has occurred at levels as low as 0.1 ppm… At 13 ppm, GMO corn contains more than 18 times the “safe” level of glyphosate set by the EPA.

Types of genetically modified corn, soybeans, cotton and other products

Soybeans comprise about 90 percent of U.S. oilseed production while 93 percent of soybeans are genetically modified

Vegetable oils, particularly flaxseed oil, nut oil and canola oil, contain omega-3 fatty acids, an essential fatty acid that cannot be synthesized within the body. According to the University of Maryland Medical Center, omega-3 plays an important role in the preservation of healthy heart and brain function and the normal growth and development of the body.

Adequate intake of the essential fatty acids results in numerous health benefits. Prevention of atherosclerosis, reduced incidence of heart disease and stroke, and relief from the symptoms associated with ulcerative colitis, menstrual pain, and joint pain have also been documented.

Some fats, like vegetable oil, are high in omega-6 fatty acids

Omega-6 fatty acid aids in reducing the symptoms of diabetic neuropathy, rheumatoid arthritis, allergies and high blood pressure. It eases the symptoms of menopause, in particular breast pain or tenderness. It is also good for the sufferers of multiple sclerosis, and it also helps those diagnosed with ADHD. Add eczema, menstrual pain and breast cancer to the list of illnesses and diseases that omega-6 is helpful for preventing or treating. A good diet will provide all the omega-6 fatty acids that your body needs

“Omega 6 fatty acids benefit the cardiovascular system, integumentary system, cell structure, brain and eye health and musculoskeletal system and offer protection to the gastrointestinal tract. Oils injure the endothelium, the innermost lining of the artery, and that injury is the gateway to vascular disease. The reality is that oils are extremely low in terms of nutritive value. They contain no fiber, no minerals and are 100% fat calories.” Caldwell B. Esselstyn, Jr., MD

This was a randomized controlled trial conducted from 1966 to 1973. Researchers from the US and Australia recovered the original data, and using modern statistical methods, they were now able to compare the death rates from cardiovascular disease, coronary heart disease, as well as all-cause mortality.

The control group received no particular dietary advice and was allowed to eat whatever they wanted. Both groups kept food diaries for an average of 39 months. The results showed that:

(More than likely made from GM corn)

Maltodextrin is a nonsweet nutritive saccharide polymer. It is prepared as a white powder or concentrated solution by partial hydrolysis of corn starch, potato starch, or rice starch with safe and suitable acids and enzymes. Basically it’s a processed food FROM a processed food.

Applications include use as a carrier for synthetic sweeteners, as a flavor enhancer, as an additive for coloring agents, as a spray drying adjunct for coffee extracts or tea extracts, as a bulking, bodying or dispersing agent in synthetic creams or coffee whiteners, as a moisture holding agent in breads, pastries, meats and as a bodying and smoothing agent in puddings, soups and frozen desserts. And as a cheap filler for food products.

Hydrochloric Acid is also used in the production of Maltodextrin

Functional fibers are non-digestible carbohydrates that are isolated from foods. They are not the same as dietary fiber consumed in foods like vegetables, grains and legumes. On a food label they appear as Maltodextrin, polydextrose, and cellulose. Cellulose is a functional fiber that comes from oat hull fiber, wheat fiber, pea fiber, soy fiber and cottonseed fiber.

The fiber is most likely safe, although there are no studies confirming this. However, these are not the same as fiber consumed in foods. This is important, since the studies showing the benefits of fiber for a range of conditions from lowering cholesterol to regulating blood sugar, all involved the consumption of foods with high fiber content. There is no scientific evidence or reason to believe that functional fibers will confer the same benefit to consumers as consuming high-fiber, natural foods.

Side effects include allergic reactions, unexplained weight gain, bloating and flatulence. Specific allergic reactions associated with the use of Maltodextrin include rash, asthma, itching and difficulty breathing

(Fake, fake and fake flavorings, these are all one in the same. There is not a single thing “natural” about natural flavors.

After a single dose of MSG, Doctors discovered that specialized cells in a critical area of the animal’s brain, the hypothalamus, had been destroyed. Millions of babies all over the world were eating baby foods containing large amounts of MSG and hydroloyzed vegetable protein (a compound which contains three excitotoxins).

Excitotoxicity is thought to contribute to neuronal cell death associated with stroke.