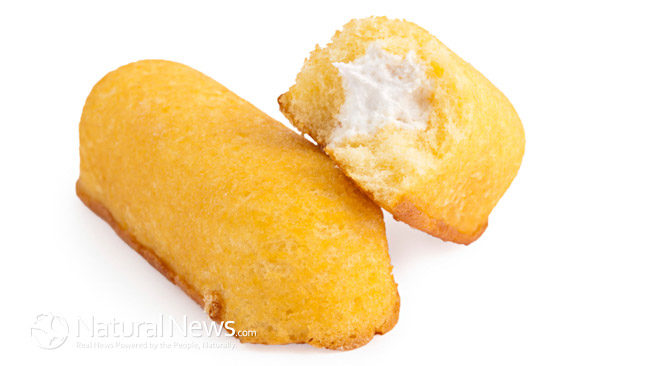 Considering hyperactivity runs in my family from my grandpa, to my dad, to me down to my son, I never learned the connection that has been presented in modern-day studies that food dyes are classified a main contributor. Ironically enough, I personally ate a box of Kraft Macaroni and Cheese every single day for about 15 years. Ironically enough, I bounced off the walls every single day for about 15 years.

Whatever the chemical may be, how is it that the toxicology studies almost always suggest it is poison and the FDA continues to insist it’s G.R.A.S.? I always stress, regardless the amounts in food or how low the toxicity may be, it’s still laced with synthetic, mind altering, cancer producing, tumor growing chemicals substances.

I have to ask: If it’s required to wear personal protective clothing such as gloves, coats, splash goggles and respirators, if you see a warning label on food that says, “hazardous by definition, may cause cancer,” would you avoid it?

And take into consideration the FDA approved this chemical with inconclusive tests and incomplete toxicity studies.

After Red 40, it is the most widely used dye.

The color additive is manufactured with Hydrochloric Acid and Sodium Nitrite or Sulfuric Acid and sodium nitrite and it also contains Mercury, Arsenic and Lead.

Yellow 5 may be contaminated with several carcinogens, including Benzidine and 4-aminobiphenyl. Caused genotoxic effects in six out of 11 studies. More importantly, FDA tests in the early 1990s found that some batches of dye contained as much as 83 ppb of free and bound Benzidine. The FDA does not test for bound Benzidine when it certifies the purity of dyes

Because of those toxicological considerations, including carcinogenicity, hypersensitivity reactions, and behavioral effects, food dyes cannot be considered safe

In addition to considerations of organ damage, cancer, birth defects, and allergic reactions, mixtures of dyes (Yellow 5 tested alone) cause hyperactivity and other behavioral problems in some children. Because of that concern, the British government advised companies to stop using most food dyes by the end of 2009,  Posing some risks, while serving no nutritional or safety purpose, Yellow 5 should not be allowed in foods.

The only mouse study was too brief, used too few mice, and began with six week old mice. (Per the Food and Drug Administration. There is a two year standard for these types of studies, it was cut short by the FDA for early “testing.” Mice should be newborns or in utero at the beginning of these studies, the FDA did not allow that and still with insufficient data they allowed this to pass as G.R.A.S.)

The earliest chronic feeding study reported that Yellow 5 was not carcinogenic or toxic in a 2-year study using rats. The rats were fed 0, 0.5, 1, 2, and 5% Yellow 5. However, that study used only 12 rats of each sex per dosage group (Davis, Fitzhugh et al. 1964).

The FDA recommends a minimum of 20 rodents/ sex/group for chronic toxicity studies, though many experts consider that far too small a number (FDA 2000). Also, the rats were not exposed in utero.

Neuman reported that 26% of patients with a variety of allergic disorders had a positive allergic reaction 10-15 minutes after ingesting 50 mg of the dye. Those reactions included heat-wave, general weakness, blurred vision, increased nasopharyngeal secretions, a feeling of suffocation, palpitations, pruritus (severe itching), angioedema (swelling or welts below the skin), and urticaria (Neuman, Elian et al. 1978).

A 42-year-old woman gradually developed chronic nasal blockage, loss of her senses of taste and smell, and asthma. She was eventually hospitalized— sometimes for weeks—three times for her asthma, which developed into a tight, unproductive cough and severe wheezing. Several years later she developed severe angioedema after taking two aspirin tablets. She also developed the same attacks from Tylenol and several other drugs, including antibiotics. She was cleared of all drugs, but her symptoms returned after she received Premarin, a menopausal drug that contained Yellow 5. The patient was finally diagnosed with an allergy to Yellow 5 and several other food additives. Her severe attacks were relieved when she stopped consuming all synthetic dyes, sodium benzoate, and drugs containing dyes (Chafee and Settipane 1967).

A 15-year-old pregnant girl went into anaphylactic shock after she was given an enema that contained Yellow 5 and Yellow 6. Approximately 5 minutes after administration of the enema the patient became dizzy, sweaty, and hypotensive; she collapsed and was unconscious. Her blood pressure became unrecordable and her carotid pulses were “weak.” Her skin became red all over. After she regained consciousness, she was nauseous, had dull perception, and eventually developed hives, chest tightness, and shortness of breath (Trautlein and Mann 1978). Subsequent tests indicated that she was sensitive to both Yellow 5 and Yellow 6.

A 38-year-old man experienced relapsing angioneurotic (subcutaneous) edema, giant urticaria, and a relapsing vascular purpura (purple spots). After provocation with Yellow 5, the test area became purpuric and there was purpura, swelling of the legs, and angioneurotic edema of the face (Michaelsson, Pettersson et al. 1974).

A 32-year-old woman experienced recurring purpuric lesions on her lower legs. The lesions sometimes became more intense with ulcerations, pain, and swelling of the legs. She had occasional superficial thrombophlebitis (swelling of a vein caused by a blood clot). She experienced those symptoms 4-8 times a year, and they lasted about 2-3 weeks. Provocation with Yellow 5 induced purpura in the treated area (Michaelsson, Pettersson et al. 1974).

Protective Equipment: Gloves. Lab coat. Dust respirator. Be sure to use an approved/certified respirator or equivalent. Wear appropriate respirator when ventilation is inadequate. Splash goggles.

Other Toxic Effects on Humans: