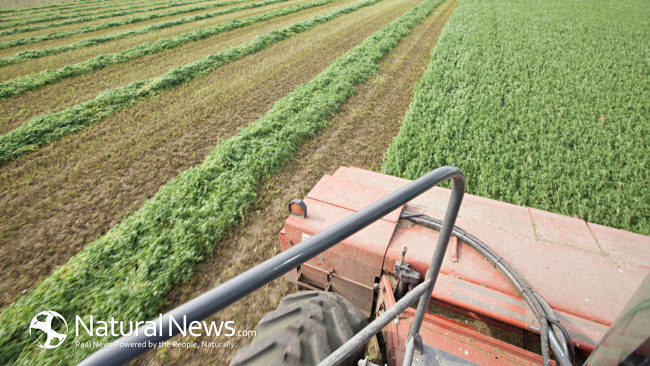 In our May 31, 2013 blog, we detailed how GMO contamination of Oregon wheat fields, resulted in multiple countries banning the import of US wheat.  The discovery of such contamination threatened the livelihood of US wheat farmers, as innumerable countries around the world are convinced that genetic modification of our food is dangerous to our health.

Now our alfalfa farmers are faced with the same type of threat to their livelihood, as a Washington alfalfa farmer had his crop rejected after it tested positive for GMO contamination.  The tainted alfalfa was found to contain the genetic presence of the Round-Up Ready trait, also found in the contaminated Oregon wheat.  As you will recall, Round-Up is the extremely toxic herbicide sprayed on crops, that would also kill the crops if the Round-Up was not genetically built into them.

Alfalfa is the fourth most widely grown crop in the US behind corn, wheat and soybeans and is a billion dollar export business in our country.  If the import of US crops such as wheat and alfalfa are rejected by countries around the world for GMO contamination, the result would be economic devastation.

In addition, GMO crops present a serious contamination threat to all organic and non-GMO farmers.  Cross field contamination between the effects of the wind and bees alone, make the preservation of non-GMO farms virtually impossible.  As long as we continue down the path of GMO greed in this country, contamination of all farms is essentially inevitable.  The power and ability to change this collision course is in the hands of the people.