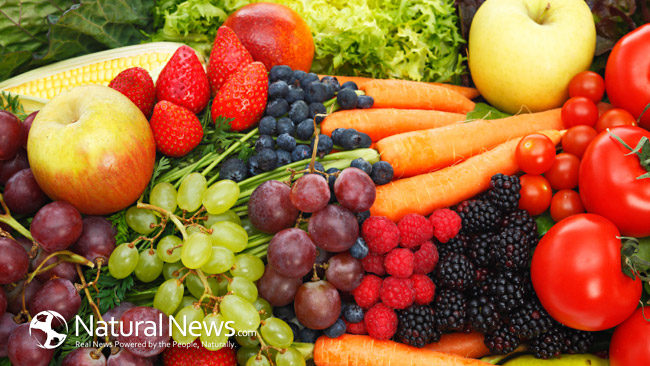 The concept of food being used as a medicine goes as far back in the Western tradition as the ancient Greek Hippocrates. In modern times, as more people become aware of the risks associated with the overuse of antibiotics, the search for foods with natural antimicrobial properties has gained traction. Below are some of the best examples of such foods.

Many fresh vegetables and fruits have powerful antibiotic properties due to the strong presence of Vitamin C. This vitamin has long been known for its ability to support and nourish the immune system and help it to eliminate disease-causing pathogens from the body. Cruciferous vegetables (like broccoli, cauliflower and cabbage) and leafy greens (like spinach or kale) as well as fruits like berries, citrus fruits, and melons are all excellent sources of this vitamin.

2. Garlic and other Alliums

Modern science continues to confirm what many natural medicine practitioners have known for a long time: garlic — that mainstay of Mediterranean cuisine — has powerful antibacterial and antifungal effects. According to one recent study published in Nutrition and Food Science, garlic concentrate was particularly effective against two types of bacteria in particular: escherichia coli and staphylococcus albus. These properties are due to the compound allicin, which is found also in onions, leeks, shallots and chives.

The active ingredient in this pungent root, well-known in Jewish cookery in particular, is a chemical called allyl isothiocyanate; it is this chemical that gives horseradish its antibacterial properties and in particular helps to protect against damage from food-borne pathogens.

Coconut is one of the richest known sources of compounds called medium-chain fatty acids. These fatty acids help eliminate pathogens by attacking their cells walls and dissolving them and they have the ability to fight bacteria, viruses and protozoa. The component lauric acid is particularly effective at this and the only other rich source of this compound is human breast milk.

Cinnamon receives its antimicrobial effects from the potent essential oils contained within its bark. The oils have been proven to have strong healing properties. The combination of cinnamon with honey, potent it its own right, has been used in places like the Middle East for over 2,000 years to fight off bacteria and fungi.

Yogurt which contains live active cultures of bacteria like lactobacillus and acidophilus can have a powerful, if indirect, antibacterial effect. Consuming yogurt and other foods rich in probiotics populates the digestive tract with healthy bacteria and helps to kills off the kind of bacteria that cause illness and disease.

As long as problems with antibiotic overuse continue to surface, research on the natural antibiotic properties of foods is likely to continue. In the meantime, the foods above all have a well-earned reputation for the natural elimination of disease-causing bacteria from the body.