There’s What in My Baby’s Diaper? 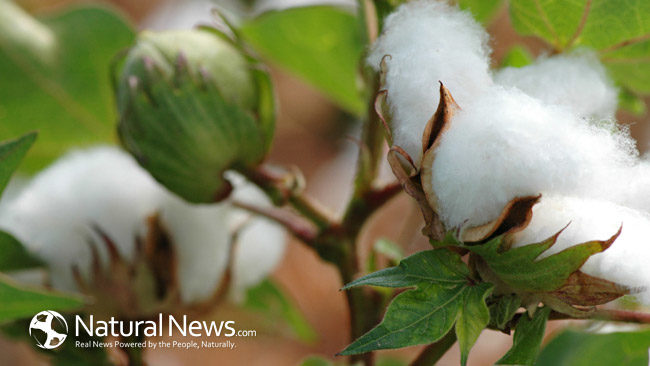 No, we’re not talking about that —  we’re talking about the stuff diapers are made of. The secret and shocking ingredient? It’s corn. Actually, it’s acrylic acid, a component derived from corn. Many of the very plants we put on our plates show up in the most startling places, found in everything from adhesive to explosives. Here are some uses for plants and agricultural crops guaranteed to surprise you.

Corn and cotton are two of America’s most cultivated crops. Everyone’s heard about fuel made from corn and how cotton fibers seem to magically turn into comfortable, breathable clothing. But, have you heard of their other uses?

Until the 1940s, corn steep liquor, a water-based byproduct of separating various parts of the plant, was discarded. That’s when scientists discovered the yeast, gluten, nitrogen, acids and partial fermentation in corn steep liquor was the ideal medium in which to grow penicillin. Alexander Fleming, a Scottish scientist, is credited with discovering penicillin in 1928. Penicillin was the first antibiotic and became widely used by the mid-1940s. Corn steep liquor helped scientists and doctors meet increasing demands. Cornstarch is used by the medical industry as well because of its binding properties. Pharmaceutical companies use it as an effective and safe way to coat tablets and regulate doses over time.

Another corn waste product that found new life is corn germ. Corn germ is what’s left after the oil has been pressed for use in livestock feed. Researchers recently discovered that corn germ is not a throwaway commodity after all. When added as a component, it makes industrial glue stronger at a more cost-effective price than the usual resin additive.

You’ve probably heard Great Grandpa Joe’s stories of having to use the outhouse in the old days, before indoor plumbing became commonplace. The horror stories of snakes in the outhouse, pranks played on its inhabitants and, worst of all, what people had to use before toilet paper, is the stuff of nightmares. The corn cob played a vital role back then. Fortunately, corn cobs have other uses now. Corn cobs are widely used to produce ethanol, insecticides, fertilizers, explosives and as an absorbant for hazardous waste and oils. And, if you’ve a mind to, you can make a corn cob pipe, just like Great Grandpa Joe back in the day.

It may surprise you to learn only 65 percent of world cotton production is converted to fabric and cloth. That leaves a lot of the plant for other uses. The cottonseed is one of the most useful parts. Known as America’s cooking oil, cottonseed oil contains antioxidants and vitamin E. But, it’s not just for cooking. Cottonseed oil is found in a variety of other products, including cosmetics, soap, paint and waterproofing solutions. Cottonseed meal is currently being evaluated as a nontoxic, renewable replacement for hazardous chemical adhesives.

Soybeans are high in protein and a major livestock feed ingredient. In recent years, soy products like soy milk, flour and protein have shown up on grocery stores shelves. Soybeans are so much more than food, though.

Children and crayons just go together. Unfortunately, young children often put things in their mouths they shouldn’t. That’s why the Dixon Ticonderoga Company began manufacturing nontoxic crayons made from soy, rather than petroleum.

Adults find soy ink an attractive alternative to petroleum-based inks because it is from a renewable source, easy to clean and nontoxic. Home decorators love the fact that soy candles burn longer and emit less soot and smoke than traditional wax candles.

If you’re in your car, you may be sitting on seats filled with soy foam. Soy is also an ingredient in many car interiors, body parts and lubricants. Soy foam is commonly found in refrigerators, coolers and it may be in the shoes on your feet.

Clean Your Counter with Thyme

Herbs like thyme have been used for centuries to flavor foods. They also have a multitude of other purposes, from cleaning your kitchen counter to getting rid of mice. Here are just a few unexpected ways herbs are used in homes around the world.

Mint: People love it, mice hate it. Experiments have shown that when mice are given a chunk of the most delightful cheese imaginable, they will not go near it if it’s surrounded by mint.

Tarragon: The ancient Greeks didn’t have the option of running to the dentist when a toothache hit. Instead, they chewed on tarragon to numb the pain. Anyone with a toothache should see a dentist, but tarragon is an option in the short term.

Thyme: Thyme has a home in every cook’s kitchen. It’s not only great in soups, meat dishes and a variety of other recipes, but it’s disinfectant properties make it a safe and effective cleaner when brewed and mixed with a vegetable-based liquid soap. Now you can clean the kitchen counter and disinfect the bathroom without using harsh chemicals.