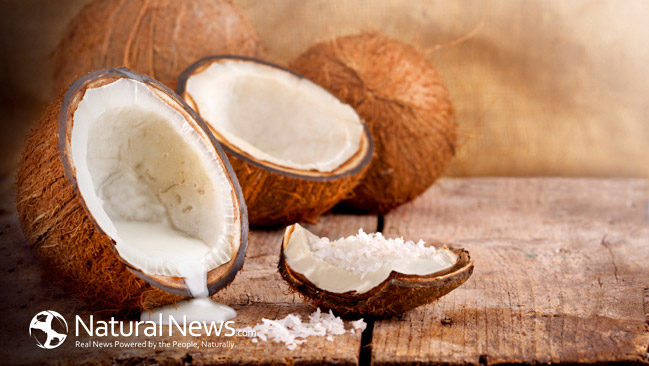 Alzheimer’s disease (AD) is a degenerative brain disorder that breaks down and eventually destroys brain cells and the neurons that connect brain cells to one another. This damage causes a decline in memory, behavior, and mental capabilities.

Every person experiences AD differently. For some patients, the disease progresses slowly and leaves mental function largely intact for several years. For others, however, the disease is aggressive and quickly robs people of their memory and mental capabilities. In the end, AD eventually becomes severe enough to disrupt daily life.

The potential health benefits of coconut oil have been celebrated since ancient times by different cultures around the world. It’s been used as an anti-fungal treatment, a hair-strengthener and a skin softener.

What does all of this have to do with coconut oil helping people with Alzheimer’s disease?

Coconut oil advocates believe that the cognitive benefits experienced by people with Alzheimer’s can be traced to so-called “ketone bodies,” the biological byproducts of the coconut oil digestion process. Ketone bodies are one of the few things that can serve as an alternate fuel source for brain cells when glucose isn’t available or cannot be absorbed as efficiently (as is the case in people with Alzheimer’s).

The human body doesn’t typically produce many ketone bodies on its own, unless a person is following a diet that is extremely low in carbohydrates. However, consuming coconut oil can create a temporary state of hyperketonemia—where the number of ketone bodies in a person’s blood stream is greatly elevated.

How Coconut Oil Affects the Body and Mind

For best results, experts suggest organic, cold-pressed, non-hydrogenated, virgin coconut oil – and don’t let the word “oil” frighten you. Coconut oil is a heart-healthy oil that is free of cholesterol and trans-fats, and provides many benefits in addition to improving brain health, including:

A recent University of Oxford study suggested that although the effects of coconut oil may be temporary, Alzheimer’s and dementia patients have indeed seen short-term benefits resulting from its use. This research supports Dr. Newport’s theory that ketones, which are byproducts of the breakdown of fats in the body, play an important role in brain health. The idea is that by boosting ketones, found in coconut oil, we can improve cognitive function.

Adding Coconut Oil to Your Diet

If you decide to add this “super food” to your diet to promote brain health and prevent dementia, the internet is a great source for coconut oil recipes.

Toxins in Your Kitchen: 7 Scary Chemicals to Avoid

Are Your Diabetes Drugs Ending Your Life? Follow These 2 Drinks to Reverse it Naturally