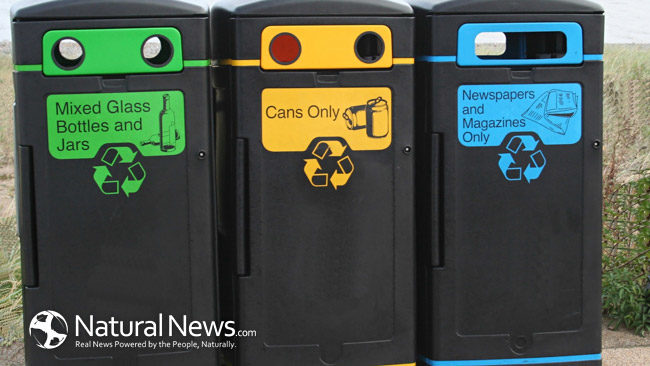 Last week, Going True Green’s Blog provided information about Electronic waste and recycling. This current blog is about Waste and some numbers associated with what we throw out because we think or consider it garbage.

For my first job after college I was an Environmental Specialist Level Two at a Resource Recovery plant. I prepared data reports on electrical, oil, water, air and steam usage from the overall system that created power by converting recycled garbage to electricity. From the garbage we removed all items that we could recycle before burning the remaining garage to produce electricity that was sold to the power company.

“…glass was recycled by color and when a clear diamond went through the system, alarms went off… “

For example, glass was recycled by color and when a clear diamond went through the system, alarms went off and the system shut down until someone from the accounting department provided access codes to manually remove the stone from its uniquely designated holding bin. Within one year, three diamonds were recovered. Additionally, just over $100,000.00 dollars in coins were sorted and collected from the garbage in one year. Any paper bills were burned in the production of electricity, but I was amazed about how many coins ended up in the trash.

So where do Americans stand today with our garbage? How much are we wasting? Studies have been conducted that sorted and weighted the contents of garbage cans or trash bags. I even sorted out my garbage to compare and I was pleased with my results, yet I can do better.

Please think twice before you toss something away. We are wasting our waste! At this rate, we will need future companies to go mining in our landfills to recover metals that have run out. Even with a major cleaning project at home, think twice. For the same amount of time it takes to call and find a company to deliver a Dumpster at the best price, you can call your Church, Community Center and a local Non-profit organization to pick up that old kitchen table or sofa. America, we must stop wasting Waste.