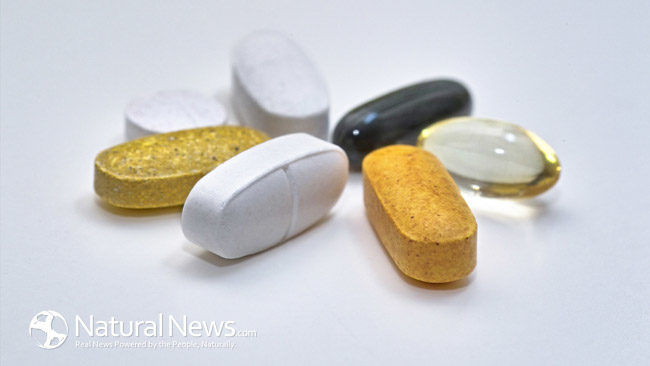 Why are Artificial Excipients Used?

Excipients are used to produce supplements. They are a key ingredient, but many consumers aren’t aware that they can be potentially harmful.

These artificial excipients such as magnesium stearate are considered flow agents. They reduce friction in the machines as oil does to a motor.

As stated earlier these “flow agents” prevent clumping and sticking.

Powders alone have the tendency not to mix well without this additive in the formula; therefore proportions would not be correct.

Consumers are more satisfied with a “full” capsule.

Companies increase the appeal of their product by filling up the access room with artificial excipients.

Can We Replace Artificial Excipients?

We made it a mission goal to remove potential harmful synthetic excipients such as Magnesium Stearate, Dicalcium Phosphate, Silicon Dioxide, and Stearic Acid from manufacturing processes.

If a supplement has any of these ingredients in it, we believe that they have no concern for your health or well-being.

Why take a risk when you can be you can use organic brown rice powder?

Our determined squad of scientists has found an organic flow agent. Dried organic brown rice powder is capable of being used as an all organic excipient.

It actually outperforms the artificial excipients and is even healthier to ingest.

Which Artificial Excipients  Too Look Out For?

How Can They Be Potentially Harmful?

Did you know you might be taking a supplement and not even absorbing the nutrients you need? Isn’t this why you take the vitamin or supplement in the first place? A study conducted in 2007 stated that tablets with magnesium stearate dissolved slower than ones without magnesium stearate after being placed in gastric juices. If the product isn’t dissolving then, it is clearly not being effective. (1)

In 2009 a study by Japanese scientists discovered that magnesium stearate could cause formaldehyde to develop. (3) (4)

In 2011 a report was done by the World Health Organization that states batches of magnesium stearate became contaminated with several toxic chemicals. These compounds were comprised of bisphenol A, calcium hydroxide, dibenzoyl methane, Irganox 1010 and zeolite (sodium aluminum silicate) (5)

A study in 2012 reported that magnesium stearate caused a 28-year-old woman to have a severe allergic reaction. (6)

Many people also stated on Treato.com that magnesium stearate contributed to their breakout of hives.(7)

Irritation of the skin-

According to Material Safety Data Sheet, coming in contact with dicalcium phosphate contributed to chapped and dry skin. (8)

Pre-Existing Conditions Can Get Worse-

The National Library of Medication & National Institutes of Health showed ingesting dicalcium phosphate could increase the harshness of people with problems like diarrhea, parathyroid disease, kidney stones, lung disease, & other stomach related problems. Make sure to consult a physician before taking a supplement with dicalcium phosphate. (9)

This is known as a lung disease caused by ingesting tiny bits of silica over a period.

In 2012 a study was published in the journal Renal Failure and they found a relation between silica exposure and chronic kidney disease. (10)

Using artificial excipients such as magnesium stearate is potentially harmful. Using this alternative will:

Organic Brown Rice Powder is the Future to Organic Excipients

Along with all the advantages that were stated previously going organic is a new phenomenon that is spreading rapidly. The new generation is focused on their health, and if companies don’t see this new wave coming then, they will feel an impact. Jump ahead and beat the curve. Organic excipients are not only what the people want but what should be the next standard in the manufacturing field.

In essence, look further into what you are putting into your body. When looking for supplements look for the label Artificial Excipient Free (AEF) and if you don’t know what an ingredient is, then research it. Artificial excipients are now in the past and look for alternatives.

Created OrganiFlow, which is an organic flow agent that was created to eliminate artificial excipients such as Magnesium Stearate, Stearic Acid, Dicalcium Phosphate, Microcrystalline Cellulose, and Silicon Dioxide.

We believe that we are different from every other supplier because we don't just supply you with ingredients you need, but help to incorporate the ingredients your customers want. Recreating the nutraceutical industry for a better and healthier image is going to be possible with our intelligent and driven team.