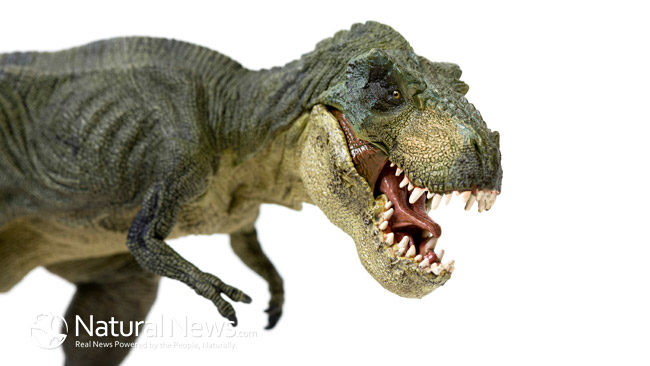 We like to think of the harnessing of solar power to create energy as being a human invention. Of course, this is simply not true. For eons, plants have been harnessing the power of their own built-in naturally occurring solar panels, so we’ve been beaten to the punch on that front.  But hey, at least we can lay claim to the title of being the first animal to use structures for the purpose of re-appropriating the sun’s energy for our own use, right?

Well, no actually. As it turns out, humans were not the first animals to collect solar power – not by a long shot. As it turns out, there were all sorts of weird and wonderful animals that did it long before we did, stretching back millions of years to the time of the dinosaurs. Clearly, these creatures were not using solar energy to heat their homes the way we do, so what exactly were they doing with all of this energy?

The following are some of the most ingenious solar energy systems devised by nature:

Despite what its name might imply, Arizonasaurus was not actually a dinosaur but a kind of crocodile-like reptile which shared the world with some of the very first dinosaurs known to have existed (some 240 million years ago during the Triassic Period).

In a time when most land animals (including Arizonosaurus) were cold-blooded, Arizonosaurus developed an ingenious way to beat the competition. It’s sail would act as a solar panel, absorbing energy from the sun and heating up Arizonosaurus‘ body so that it could operate during cold times such as early morning or dusk when other cold-blooded animals are typically sluggish. At these times Arizonasaurus would be at its most dangerous, pouncing on its rivals when they were at their weakest.

Forgot what you’ve seen in Hollywood blockbuster movies like Jurassic Park 3, the real Spinosaurus aegyptiacus wasn’t some mindless killing machine that ran around tearing apart every living thing that crossed its path. Recent discoveries have shown this animal to be a very different beast from what we thought it was.

When the majority of its skeleton was eventually found, palaeontologists soon realised that Spinosaurus wasn’t suited for life running around on land at all. Instead, they surmised that it was the first known dinosaur to have lived a semi-aquatic lifestyle.  The impressive looking (6 foot tall) sail protruding from its back would have stuck out of the water while Spinosaurus looked downward for the fish which it ate (fossilized stomach contents of a type of spinosaur showed the remains of fish scales). The sail would collect warmth from the sun which would be then radiate around the rest of Spinosaurus‘ body, just like how modern day solar panels heat water, allowing it to spend much longer periods of time with its body submerged in cold water while it looked for food.

If Spinosaurus could be imagined as a sort of dinosaur crocodile, then Ouranosaurs could be considered the cow of the Cretaceous. This gentle herbivore shared its habitat with some truly fearsome meat-eating dinosaurs (as well as land-lubbing crocodiles) so it needed every small advantage it could get just to avoid ending up as someone else’s dinner.

Fortunately for Ouranosaurus, it had a (not so well hidden) weapon at its disposal. Like Spinosaurus, it too has a tall sail on its back. Instead of using it as a hunting aid though, Ouranosaurus could use its sail to help it escape from hungry predators. Ouranosaurus could position its sail to absorb the sun’s rays, converting them into energy and giving it a small but vital speed boost when it needed it the most. The relationship between predator and prey balances on the finest of margins, so this extra bit of solar produced energy could have been just enough to help Ouranosaurus evade the jaws of a ravenous meat-eater and live to fight another day.

It just goes to show that no matter what ingenious ideas we come up with, nature has usually figured out a way to do it long before we did. Since we have only studied a very small percentage of the animals that have existed on this planet, who knows what other amazing creatures we have yet to discover?

Sean has a keen interest in all things nature related, stemming from his childhood fascination with dinosaurs (a topic which he is still very interested in to this day). This interest has extended to conservation of the natural world with particular interest in renewable energy solutions and methods of cutting down on pollution.