Solar For Miles And Miles 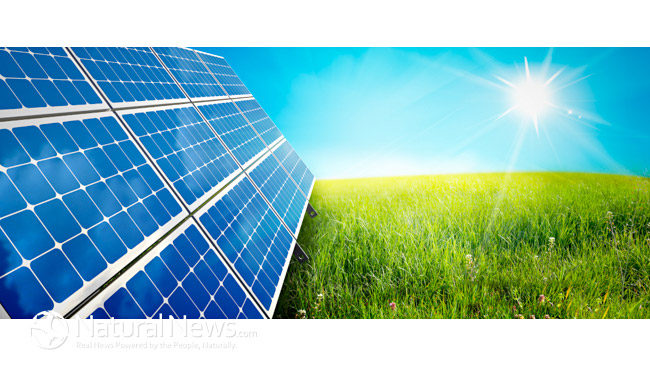 Almost 7 years ago I heard about an idea to put solar cells into all the roads of America. I wasn’t buying then and even today with major hurdles conquered and becoming intrigued, I still need many questions answered.

Nevertheless, this idea has made news. If we look at 18,000 square miles of roads in America and close to 2 Billion parking spaces, we can generate a great deal of energy from the sun light upon all this space if solar cells were somehow incorporated into the surface.

Enter Scott and Julie Brusaw who went from an idea eight years ago to a project called Solar Roadways. They hope to re-pave the country in custom, glass-covered solar panels that can survive 250,000 pounds of weight while generating energy to light the roadway, prevent snow from sticking in the first place, melt ice and then provide extra energy to the Power Grid. Some people have stated that if all roads in America were re-paved with this product, more energy than what our country uses would be produced.

Now questions still remain, but several have been answered. First everyone will think about driving on glass and how glass breaks. Also a big fear will be about when glass gets wet from rain, there is no traction at all. The solution came with tempered glass laminated together. Only half of one inch thick and strong like bulletproof and bomb resistant glass. The additional solutions are:
Solar Panel Roadways

– A textured surface solves the slippery issue.
– LED lights inside the six sided surface will light the way.
– The same LEDs can spell out warning messages.
– Dividing lines will no longer need to be painted thus, no fading occurs.
– The Solar Cells will power small heaters to melt snow or ice.
– The same small heaters will keep the roads dryer after rain.
– Solar energy created will power local buildings or go to storage.
– If one panel stops working, other panels will call for replacement.
– AND perhaps, just perhaps, no more Pot Holes!The questions I still have today are about how all this is connected to our current obsolete power grid? Will any of the energy be stored for night use? How is the power to be distributed? What is the Kilowatt cost for homeowners compared to today’s bills? What is the expected life of a panel? Will it last longer than Blacktop surfaces? Will the heat from the sun on a hot summer’s day cause buckling of the roadway? Will the space (visable in photo above) between panels allow water to get under them and cause erosion of the soil below?

As of now, the company is trying to raise one million dollars on Indiegogo to hire more engineers for additional refining and research. Parking lots will be the first testing ground, then small roadways before we venture onto any highways. Time will tell.