Soda Has More Fructose Than You Think 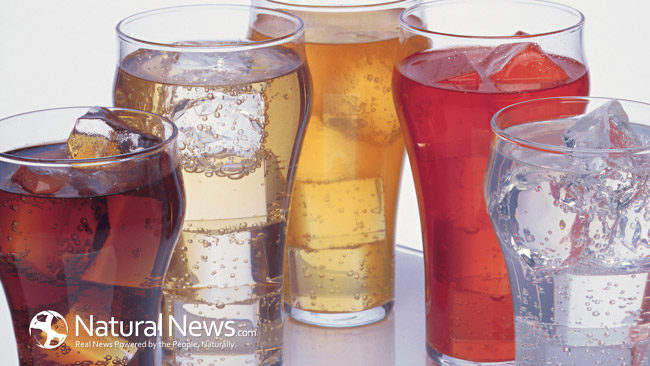 Sugar, while one of the primary sources of the body for instant energy, is currently vilified by just about every dietician, medical expert, or fitness buff. However, most people fail to recognize that there’s more to sugar than just the white granules you find in a jar on your dining table. Soda is one of the products most affected by the stigma associated with sugar. In spite of this, new studies have uncovered that there’s more to fear about soda than initially believed. It has been recently uncovered that there’s a more direct link between soda and fructose. In fact, this link just might scare you away from getting another soda bottle.

To get a better context of the point of this article, one must understand first what fructose is. A type of simple sugar (monosaccharide) such as glucose, fructose is naturally found in fruits and is a constituent of sucrose (table sugar) along with glucose. So why is fructose considered to be such a bad ingredient to begin with? Here are just 2 of the reasons why you should be wary.

1. Fructose is directly linked to weight gain- The human body can utilize fructose for body functions in controlled amounts. However, it is not metabolized in the same way as calcium, as the human body is not really designed to run on fructose. This becomes a bigger issue given that a lot of foods we can find are enriched with table sugar and high-fructose corn syrup. Fructose that’s undigested is directly transferred into the liver, where it is converted into fatty acids. This leads to fat deposition and weight gain, 2 factors directly linked to obesity and a number of illnesses.

2. Fructose is directly linked to diabetes- Both type I and type II diabetes has increased in incidence over the past century. While a lot of factors can be linked to this trend (from genetics to a more sedentary lifestyle), one major factor that’s central to the increase of diabetics worldwide is the increased consumption of fructose-containing products. This is partly because fructose has a higher glycemic index than glucose, which puts a lot of stress to the pancreas to produce insulin. It’s either the body stops responding to insulin or the pancreas breaks down altogether.

In a random study done by researchers from the Childhood Obesity Research Center at the University of Southern California’s Keck School of Medicine, it was discovered that beverages such as soda contain an erratic amount of fructose. In fact, the concentration of fructose is seen to be much higher than that of glucose. Such a proportion puts into question not just the long-term health of people who regularly drink soda (It was reported that in the United States, an average of 45 gallons of soda is consumed by each person annually.), but it also raises the potential that soda makers are misleading the general public regarding the contents of their products.

3 major problems are at play here: the continued high consumption of soda by people worldwide, soda companies of refusing to remove (or at least reduce) fructose, and these same companies misleading their consumers about the contents of their products.

Top 5 Reasons to Add Bone Broth to Your Diet