Smoking and Infertility – Examine the Studies and Statistics! 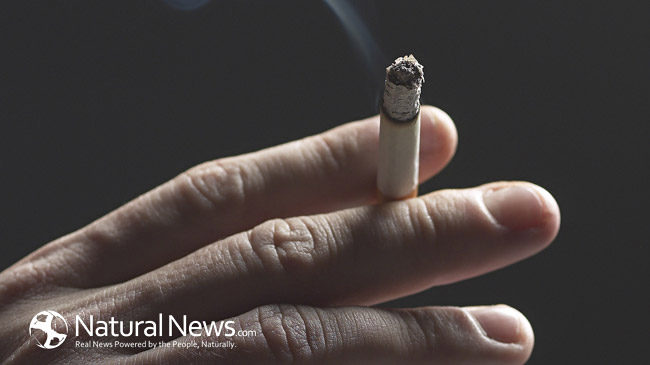 Can cigarette smoking cause infertility, yes it can. People who smoke are much more likely to encounter fertility problems, than those who don’t smoke. If you have smoked for lots of years, or if you smoke throughout the day, your fertility risk has been increased exponentially. Smoking introduces more than 7000 chemicals into your body, which affects your organs, tissues, and blood. Fertility problems involve genetic problems, premature menopause, and damage to your eggs, problems with the reproductive organs, and an increased risk of cancer and a miscarriage. Repetitive smokers are also apt to pass harmful chemicals onto their babies, who can be born with health problems

Smoking and Infertility – Examine the Studies and Statistics

American women age 18 and up make up about 23% of smokers and involve about 13% of lower fertility rates. Studies have shown that a woman, who smokes 10 or more cigarettes a day, is likely to experience infertility. Even though the numbers identify 10 cigarettes a day, smoking in general can lead to fertility disorder, as well as leading to other health conditions. Studies on men who smoke, shows that the harmful toxins in smoking affect sperm motility, morphology, and concentration. The CDC links smoking to ectopic pregnancies, which is a condition where fertilized eggs attach to the wall of the fallopian tube or other areas, outside of the womb and begin to develop.

Secondhand smoke still exposes men and women to toxins that can affect fertility. OB-gyn physicians say that secondhand smoke is almost as dangerous to your fertility, than if you were the smoker. Four out of five women report having been exposed to secondhand smoke during their lifetime, either living in a home where parents smoked or their spouse or significant other smoked. A study conducted and published in Tobacco Control identified the lasting effects of secondhand smoke exposure on women who had a difficult time in conceiving. About 40% of these women, not only suffered infertility problems, but they also suffered miscarriages. Another unfortunate side of secondhand smoke is its relationship to the Sudden Infant Death Syndrome (“SIDS”). Epidemiologic research has contributed smoking to fertility through the conditions developed by children who developed middle ear problems, attention deficit disorders, hyperactivity issues, and leukemia.

Fertility Problems for Men Who Smoke

Researchers from renowned Universities and the American Society of Reproductive Medicine reported that sperm from two-thirds of male chronic smokers did not pass a specialized test that measures the ability of sperm to fertilize an egg. Studies report that like other cells in the human body, the human sperm carries a receptor for nicotine, which means it is highly affected and responds negatively to nicotine. Further randomized trials and studies examined whether sperm from chronic tobacco smokers became defective in binding to the zone, which is the natural covering that surrounds an egg. The results were not surprising; it was found that the physiology of heavy smokers overloaded the nicotine receptors in the sperm and tests, which led to a decline in fertilizing the egg. The operative words in these studies is “decline,” but not zero fertilizing potential, but the results also mean that their sperm only had 25% chance of fertilization than non-smoking men.

If you’re a man or a women who smokes regularly and you want to become a parent, saying “I’ll stop smoking when I get pregnant,” does not work. The effects of the tobacco toxins remain in the body for several months, but if you’re a woman is still smoking when you find out that you are pregnant, it’s not too late. Just stop smoking immediately to help your baby. A study in the Journal of Obstetrics and Gynecology stated that expecting mothers who quit during their first trimester, gives their baby better odds of being born healthy and in full term. If women did not quit until their second trimester still have decent odds of a healthy baby, but they have lower odds.

An example of the toxin compounds found within a pack of cigarettes that affects the male sperm and the damage they cause to the egg and the baby for the rest of their lives includes:

Whether you smoke or chew tobacco, its chemical compounds have a negative effect on male and female infertility problems. Infertility is not just a woman’s problem. The CDC analyzed data showing that 7.5% of all sexually experienced men, younger than 45, admitted to seeing a fertility doctor during their lifetime. Of men who needed help, 18% were diagnosed with a sperm or semen problem and 6% sought help for a varicocele (enlargement of the veins within the scrotum) condition. Tobacco chemicals in cigarette smoke, like nicotine, cyanide and carbon monoxide, hasten the loss ratio of eggs. Male smokers suffer decreased sperm quality and produces abnormal shaped sperm, as well as a decrease the semen volume to fertilize eggs. Healthcare providers strongly suggest trying to stop smoking, especially if you are a young man or woman, who would like to form a family. There are many methods to help addictive smokers reduce and stop a bad cigarette habit.