Your Smartphone as a TV Remote Control ? 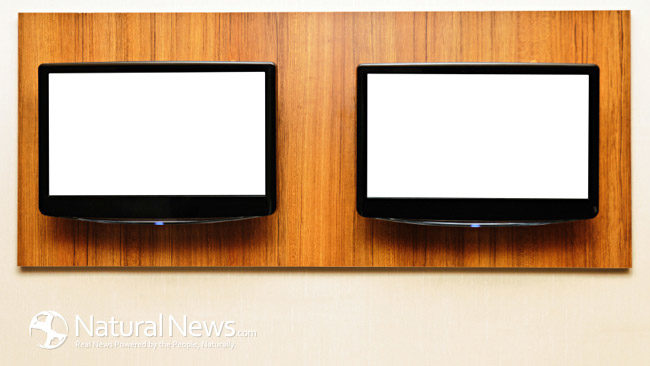 Did you know that you can use your handset to control the television in the corner? Here we take a look at the best ways to go about channel hopping using your mobile device.

If you have a smart TV you’ll be able to connect it to Wi-Fi and tie it in to the same network that your smartphone is using. Making use of DLNA over the network, there are many mobile apps that can be used to operate your TV from the comfort of your sofa.

Don’t have a smart TV? All’s not lost, as you can pick up a cheap infrared blaster that will connect to your handset, either via that Wi-Fi network or Bluetooth, and fire out IR beams just like a remote control. Some recent smartphones, like the HTC One, actually have IR blasters built into them for this very interesting task.

Lastly, you could even consider plugging a computer into the TV via HDMI and simply using it as a large monitor, streaming shows from the internet. Doing this, you’ll be able to easily connect your smarthone over Wi-Fi and take full control of what’s going on.

There are loads of remote control apps available for the various mobile platforms, many of which work on the principal of offering the basic channel change and volume controls along with a variety of extra features.

As an example, iRule uses Wi-Fi to connect to a smart TV and can share content from your device to the set as well as the basic controls. RedEye is the kind of app that works in conjunction with a peripheral IR blaster, creating a connection between your handset and the television.

If you’re trying our final option of plugging a computer into your TV, then Remote Mouse is a great way of using your smartphone’s touchscreen just like the trackpad on a laptop.

Replacing all those remotes that must be littering your living room is an enticing idea, and there aren’t really any pitfalls in doing so. Setting everything up may take a bit of effort and you could find yourself having to look up and enter a few registration codes here and there, so it’d be wise to make a note of all these, along with the login details for your home Wi-Fi network.

While flicking through channels on your handset, you can also use other apps to look up information on the shows and films you’re watching, such as IMDB and Flixster. Other than that, just sit back, relax and enjoy the show.

This entry by Tim sandle from 4k.com a scientific & unbiased reviews to help you choose the best Curved, LED, LCD & Flat Screen TV.