Seth Rich leaked the DNC emails – they were not hacked 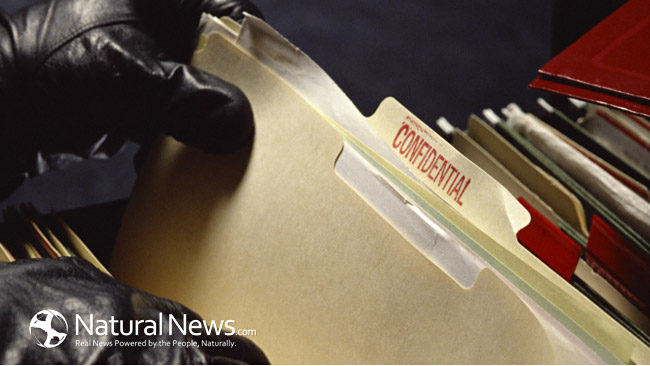 After President Trump’s meeting with Vladimir Putin in Helsinki, there are outrage on the Left and the Right in regards to this meeting taking place. The outrage from the Left is to be expected, they go crazy every week. However, the sanctimonious outrage by Representatives of the Republican Party is a head-scratcher to say the least.

To this date, there have been 25 Russians indicted by the Special Counsel investigation. The indictments include many charges for “spreading political discord on social-media,” as well as alleged “hacking.” Rod Rosenstein has come out and claimed that 13 Russian military officers were involved in an elaborate plot to “sew political discord” and steal documents in an effort to thwart one party and help another. One thing Rod Rosenstein NEVER says is that these documents which Russia was trying to obtain were the WikiLeaks documents. Rod Rosenstein is VERY careful NOT to make that connection…because if he did there would be an unleashing of the TRUTH from Julian Assange and WikiLeaks.

The FACT is that the information leaked to WikiLeaks could NOT have been transferred over the internet, which means a “hack” was impossible and the theory of an inside leaker maintains credibility as a plausible theory.

“Key findings indicate that the DNC data was copied onto a storage device at a speed that far exceeds an Internet capability for a remote hack. Of equal importance, the forensics show that the copying and doctoring were performed on the East coast of the U.S. Thus far, mainstream media have ignored the findings of these independent studies.” (Noble & Binney, 2017)

June 15, 2016: DNC contractor Crowdstrike, (with a dubious professional record and multiple conflicts of interest) announces that malware has been found on the DNC server and claims there is evidence it was injected by Russians. (Noble & Binney, 2017)

June 15, 2016: On the same day, “Guccifer 2.0” affirms the DNC statement; claims responsibility for the “hack;” claims to be a WikiLeaks source; and posts a document that the forensics show was synthetically tainted with “Russian fingerprints.” (Noble & Binney, 2017)

We do not think that the June 12 & 15 timing was pure coincidence. Rather, it suggests the start of a pre-emptive move to associate Russia with anything WikiLeaks might have been about to publish and to “show” that it came from a Russian hack. (Noble & Binney, 2017)

July 5, 2016: In the early evening, Eastern Daylight Time, someone working in the EDT time zone with a computer directly connected to the DNC server or DNC Local Area Network, copied 1,976 MegaBytes of data in 87 seconds onto an external storage device. That speed is many times faster than what is physically possible with a hack. (Noble & Binney, 2017)

Then on July 10th, Seth Rich was murdered. Seth Rich worked for the Democratic National Committee, and he was a Bernie Sanders supporter. When he found out that the DNC was rigging the primaries in favor of Hillary Clinton, he leaked e-mails which were held on the DNC server to WikiLeaks. Julian Assange offered a $20,000 reward for the information in Seth Rich’s case, and millionaire and internet personality “Kimdotcom” has also come out and clearly stated that Seth Rich was the source of the WikiLeaks. Kimdotcom made an offer to Robert Mueller that he would come to America and sit down with Mueller and share the information he has, however, Mueller turned that deal down and never met with Kim. (The Truth Factory, 2018)

New information has surfaced in the Seth Rich case with a witness coming forward and stating he heard 2 law enforcement officers bragging about murdering Seth Rich.

“The convoluted case of the murder in Washington, D.C., of Democratic operative Seth Rich has taken another turn, with a lobbyist who has been investigating the case claiming a “credible” witness has been found. (World News Daily, 2018)

Jack Burkman, a Washington-based lawyer and lobbyist, told the Gateway Pundit blog: “We believe that we have reached the beginning of the end of the Seth Rich murder investigation. After two long hard years of work, we have a witness who is prepared to identify the two killers of Seth Rich.” (World News Daily, 2018)

If the United States is going to run around screaming “RUSSIA MEDDLING – RUSSIA HACKING” – then we need to admit the FACTS in this case of Seth Rich. The documents which were leaked only proved MASSIVE corruption within the DNC, and the Democratic Party. Even if it were the Russians who hacked the DNC and leaked the documents, which it wasn’t, but we should be thanking them for exposing these CRIMINALS within our government. In reality, the person we should be thanking (even though he was a Bernie lover) is SETH RICH!!! Seth Rich deserves to be branded as an American hero, because it was HIM who leaked the DNC emails to WikiLeaks, and exposed the Democrat Party. He was then MURDERED for this action…

Russia did NOT affect ANY vote tallies, so it needs to be explained of technically how they “interfered” with the election. The truth is that they did NOT genuinely interfere, however, the seditious and rabidly upset about losing the 2016 election Democrats ARE attempting to interfere with the 2016 election. They interfered with the DNC primaries, and then after they LOST the 2016 election they cooked up a story about “Russia collusion” and then used their high-level government bureaucrat buddies to attempt a Coup De Etat of a duly elected President. If there is anyone “interfering” with the United States electoral process, it is these seditious traitors who killed Seth Rich, and are attempting to subvert the will of the American people and overthrow their duly elected President.

Noble, S., & Binney, B. (2017). NSA Whistleblower Thinks He Has Proof DNC Hack Was a “Leak” Not a “Hack”. Independent Sentinel, http://www.independentsentinel.com/nsa-whistleblower-thinks-he-has-proof-dnc-hack-was-a-leak-not-a-hack/.