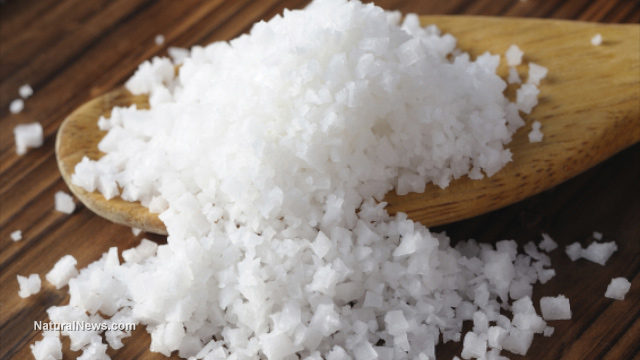 For many years, the health conscious have been praising the benefits of Himalayan salt. Himalayan salt lamps and other salt products have grown increasingly popular. However, some people are now taking the idea to a whole new level by constructing salt rooms in their homes–designated rooms constructed almost entirely of Himalayan salt bricks.

The idea behind this trend is essentially, “more is better.” If salt lamps clean the air and make breathing easier, it stands to reason that more salt in the air could have even more health benefits. People spend lots of money to sit in salt caves to treat respiratory ailments or reduce stress.  Salt rooms basically seek to duplicate these effects within the home, both for people with breathing issues and for those who just want a space to de-stress and reflect.

But does salt room therapy really work? Are there measurable health benefits to constructing a salt room in one’s home?

The concept of salt therapy is not a new one. The roots of modern halotherapy can be traced to the Wieleczka salt mines in Poland in the 1840s, where Dr. Feliks Boczkowski first noticed the miners had remarkably low instances of respiratory problems. Centuries earlier, Catholic monks often brought the sick into salt caves to breathe the air. As Eberhard J. Wormer says in the Science Tribune, the medicinal use of salt was even recognized by the ancient Greeks, Romans and Egyptians. Even today, while not officially touted as a medical treatment, doctors often recommend seaside air for their patients with breathing problems and/or anxiety.

The science behind the salt

Salt is a fairly neutral substance, but when it interacts with moisture (i.e,, condensation), it releases negative ions into the air. Not only do these ions help eliminate pollutants from the air, but other studies show that air ionized by salt offers several possible health benefits. These include (but are not limited to) the following:

In short, there’s a growing body of evidence that salt air does, in fact, offer certain health benefits that one might not receive otherwise.

While Himalayan salt lamps can be both therapeutic and aesthetically pleasing, they don’t offer the same ion concentration as a salt cave. However, a visit to a salt cave can be expensive, not to mention inconvenient. As an alternative, many people are now creating their own “salt caves” in the comfort of their own homes.

Salt Cave expert Richard Ori says that sitting for an hour in a salt cave or room is equivalent to 2-3 days at the beach. “Salt walls are significant negative ion generators,” he says. “Salt walls are generally larger than any salt lamp and thus provide ample exposure to the healing properties of negative ions.”

With our increasing dependence on prescription drugs, and with a growing distrust of big pharma in general, it’s understandable that more people are looking to naturopathic alternatives. To some, the idea of salt room therapy might seem like overkill, but for those who have experienced firsthand the benefits of salt-infused air, the idea may seem not nearly as far-fetched.

Addison Burns is a freelance writer and homeopathic remedy enthusiast based in Denver, CO.