Rotten To The Common Core 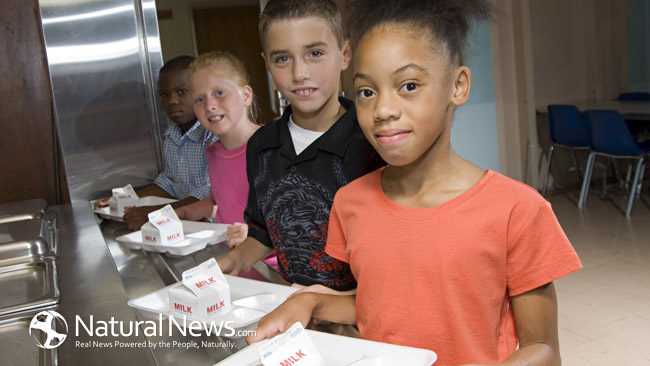 The Common Core program, which is seemingly force fed to our children in school, is currently under the microscope of scrutiny as more and more parents are opting out of having their children being subjected to the program’s standardized testing.  As people become aware of the “powers that be” behind the Common Core program, all of its iniquities and potential illegality, there has been a groundswell of opposition and protest.  We all want our children to receive the best education possible, but an inordinate amount of parents and teachers are convinced that the Common Core is not the way to achieve that goal.

We have all read Common Core math problem examples, where they seemingly compel students to navigate through a dozen steps to get an answer that really only requires two steps.  But that is perhaps the least of the problems with the Common Core.  One of the key persons or “powers that be” behind the Common Core, is none other than Bill Gates.  Gates has reportedly invested more than $200 million dollars in the Common Core program.  As one of the most successful businessmen in the world, Bill Gates usually invests his money for one main reason, to make more money.  In recent news, we have learned of pro GMO propaganda being inserted into Common Core school books.  It comes as no surprise that one of the biggest supporters of the genetic modification our food is Bill Gates.  Yes Bill Gates has a well planned agenda for all of us, which appears to include a future where people eat food laced with drugs/medication whether we know it or not.  Perhaps someone should explain to Mr. Gates that the people of the world are not Gates Foundation guinea pigs.

The growing opposition to the Common Core is not comprised of soccer moms gone wild or any other strereotypical label asserted by Common Core proponents.  Notwithstanding the threat of losing their jobs, teachers and now unions alike are coming out against the Common Core as an ill conceived program designed to make certain people and companies an obscene amount of money, while using our children as a means to that end.  This is happening, in part, because far too much time in the school year must be dedicated toward preparing students for the standardized tests issued under the Common Core.  Teachers are forced to comply with a rigid and often unsuccessful methodology of teaching, that results in the neglect of other critical subject matters essential to a well rounded education.  In addition, the livelihood of our teachers and the sorely needed federal school aid received, is directly tied to a school’s participation and student success in the Common Core program.  Particularly bothersome, is that reportedly the more students fail in the program, the more money is made by certain companies and persons behind it.  If Governor Cuomo truly wants to fix New York State’s education and teacher evaluation system, perhaps he should start by withdrawing from the Common Core and dedicating additional state funds to support the development and implementation of a educational program that is in our childrens’ best interest.

There is something inherently wrong in that the Common Core program was adopted by virtually every state in our country, without a single vote cast by the people or their state representatives.  Many believe that the Common Core is illegal in that it violates the 10th Amendment and Federal School Acts (See a detailed explanation at http://www.liattorney.com/scales-of-justice/is-the-common-core-illegal).  Republican Governor Bobby Jindal, a former supporter of the Common Core, has now gone as far as filing a federal lawsuit against the U.S. Department of Education and Obama Administration challenging the legality of the Common Core (See http://www.liattorney.com/scales-of-justice/governor-challenges-legality-of-common-core-with-federal-lawsuit).  A judge in federal court, recently ruled that the case has standing and will be go forward and be heard.

Whether or not you are a parent with school age children, you have a vested interest and obligation to educate and inform yourself about the Common Core.  Do the research for yourself to develop a well informed opinion to act on and do not take any one article, including this one, as gospel.  Our children and the future of our country depends upon it.