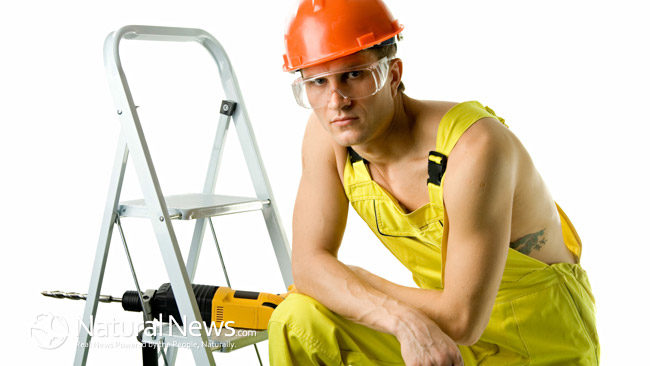 Work in confined spaces is more likely to cause serious illnesses, severe injuries, and even fatalities, than other kinds of work. Dangers inherent to confined spaces include electrocution, explosions, falls, fires, engulfment (such as in a grain bin or water tank), and suffocation from lack of oxygen.  Careful study of recent confined space accidents and having a thorough understanding of the applicable safety regulations and industry standards can assist you, as an Employer, to ensure you are very well prepared to anticipate, recognize, evaluate and control confined space hazards and prevent confined space-related injuries/illnesses to your workers.

In September 2013 an explosion in New York killed one worker and injured another.  This happened at the Canasota Wastewater Treatment plant, although the two affected workers were actually employed by two different companies (subcontractors).

The United States Occupational Safety and Health Administration (OSHA) found multiple, serious workplace safety violations in the Canasota case.  OSHA investigators indicated that confined space hazards went unaddressed at the plant in question, and that both employers failed to properly train the men who were hurt.  Neither worker understood the dangers of working with methane gas in a confined space, and they were not given a gas testing instrument for detecting the presence of combustible gases.  The confined space they were working in was not properly ventilated, and it lacked adequate exits for emergencies.  Finally, one of the companies was also cited for improper use of equipment regarding the ladder that one of the workers was standing on, and for unsafe electrical equipment.

In April 2013 seven workers died in one of the one of the most serious confined space accidents ever.  This took place in Mexico City inside a tank at a Corona Grupo Modelo plant that was being cleaned and maintained.  Three of the men who were killed were there to rescue the four who were working inside the tank initially.

The details of the outcome of the investigation into the Modelo accident are unknown.  What is clear is that confined space accidents are a well-known hazard in the brewing industry.  Many tanks that require frequent cleaning coupled with the use of gases for fermentation and refrigeration systems all combine to create very hazardous conditions for workers.

In June 2009 a New York recycling facility, Regal Recycling Company, was the site of a triple fatality.  The accident involved one Regal employee and two employees of S. Dahan Piping and Heating Company, including the owner.  The Dahan workers were present in order to clean a dry well at the Regal facility, and the Regal employee died trying to help the Dahan employees during the emergency.

The OSHA inspection of the Regal accident found both S. Dahan and Regal responsible for the deaths.  OSHA found that Regal failed to post warnings of the confined space hazards.  OSHA also concluded that the S. Dahan workers failed to monitor the dry well’s air quality properly, and that if they had they would have been able to take proper protective measures for entering the well.

There have been several confined space accidents in recent years in BC as well, and several have led to fatalities.  In one an oxygen-deficient confined space caused the death of one man and lung damage in several others who attempted to rescue him. In another incident at a winery two died inside a fermentation tank when one entered simply to take a wine sample.  In a third accident at a pulp mill, a tank became filled with nitrogen and caused two workers to die when they entered without testing the air beforehand.

According to the WorkSafeBC regulations, a confined space is an area, other than an underground working, that:

An example of a confined space is the interior of a storage or treatment tank; these are spaces that most workers do not perform tasks in normally, however, may have to enter in order to maintain the space (e.g. performing inspections, maintenance, repairs etc.).  Other kinds of confined spaces may include, but are not limited to: boilers, grain silos, pipelines, pits, sewers, storage bins, underground vaults, and vats.

Accidents in confined spaces are of special concern as they frequently result in multiple casualties.  This is because they present risk to not only the workers who are initially at risk, but also to rescuers without sufficient training.  In fact, more than half of those injured in confined space accidents are rescuers.

Therefore, whenever workers are required to enter confined spaces, they must have special training to ensure their competency in preventing such hazardous conditions as: the potential for oxygen enrichment and deficiency, flammable gas, vapour or mist, combustible dust, other hazardous atmospheres, harmful substances requiring lockout and isolation, engulfment and entrapment, and other hazardous conditions.

Because confined spaces have limited points of entry, they also have few opportunities for exit and poor ventilation.  Confined spaces often hold hazardous air contaminants that can displace oxygen and can only be detected with a properly functioning/calibrated gas tester (or other acceptable means).  Being exposed to a lack of oxygen can cause brain damage in fewer than four to six minutes and heart failure or loss of consciousness almost instantly.  Flammable gases increase the risk of potential explosions and fires if ignition sources are not eliminated and proper ventilation is not utilized.  For all of these reasons, entering confined spaces without proper ventilation and testing is extremely risky.  Conversely, experts agree that nearly all confined space deaths could have been prevented using proper ventilation and air testing techniques.

Specific hazards of confined spaces can include, but is not limited to:

Why Work in Confined Spaces is More Hazardous Than Normal

Confined space accidents are frequently more dangerous than regular workplace accidents for the same reason that planning and training is so important: there is little margin for error in confined spaces. Any error in calculating the impact of a hazard can result in a very serious result such as a fatality.  Examples why confined space work is inherently more hazardous than normal work are as follows:

How to Properly Recognize, Assess, and Control Confined Space Hazards/Risks

There are several methods to eliminate or minimize confined space hazards/risks, in order to properly protect workers inside and prevent potential injuries or illness.  These include, but are not limite to:

Each Employer is required to develop and implement a “Confined Space Entry (CSE) Program” that complies with the applicable health and safety regulations.  The program provides for a management system that focuses on planning and prevention.  All involved personnel are required to be instructed and trained the program and its requirements.

Prior to entering and working in a confined space, all Employers are required to have a “qualified person” who is very educated, trained, knowledgeable and experienced in the hazards of confined spaces.  Each hazard must be clearly identified such that proper controls can be designed and implemented to mitigate those risks.  All workers are required to be familiar with the hazards they may encounter in the spaces they enter and work in.

Work outside the confined space whenever possible:

The most ideal/best control to manage confined spaces is not to enter.  As required by laws and industry best practices, Employers are required to conduct as much work from outside the space as possible, and/or render the space more safe by conducting such activities as emptying, draining, cleaning, purging etc.

Before commencing any work in a confined space, a “responsible supervisor” must be assigned by the Employer to ensure proper leadership and control on site.  This supervisor must be highly trained and competent in managing confined space work, supervising involved personnel, and giving proper direction/instruction to their workers.

Before any entry into a confined space, the atmosphere must always be tested to determine what potential air contaminants may be present inside.  Continuous testing must always be conducted by trained/competent workers (“standby person” or “hole/safety watch”) who are equipped and know how to use testing equipment that is regularly calibrated, maintained and is in good working order.  The air test results must always be recorded on documents such as an entry permit, and the results reviewed with involved personnel to assure them that the air inside the space is “safe.”

Since natural ventilation is typically insufficient in confined spaces (if it is present at all), mechanical ventilation that provides clean, fresh, outdoor air into the space is crucial for worker protection.  Very specific protocols/procedures are required regarding ventilation systems, which depends on such factors as: type(s) of air hazards, space design/configuration, location of work/workers, etc.  The ventilation system(s) must be adequate to ventilate the every occupied confined space area.  Workers are also not allowed to ventilate a space with oxygen as this can increase the possibility of a significant fire or explosion in the presence of uncontrolled ignition sources.

Given the complexity of confined space hazards, the “Hierarchy of Control” (rank order of controls, from best to least best) is critical in ensuring ultimate work protection during work inside.  These controls include eliminating the hazards, substituting a more hazardous material for a less hazardous one, engineering controls that reduce the exposure to hazardous chemicals, administrative controls (e.g. assessments, training, procedures, testing) and finally personal protective equipment (PPE) (as the “last line of defence”).

Where confined spaces may have contain flammable or combustible substances, the materials must be removed or greatly minimized to prevent fires and explosions.  All “hot work” (e.g. welding, torching etc.) must not be conducted in the presence of flammable atmospheres.  Explosion-proof equipment/tools may be required if a potential flammable atmosphere is identified in the hazard assessment.