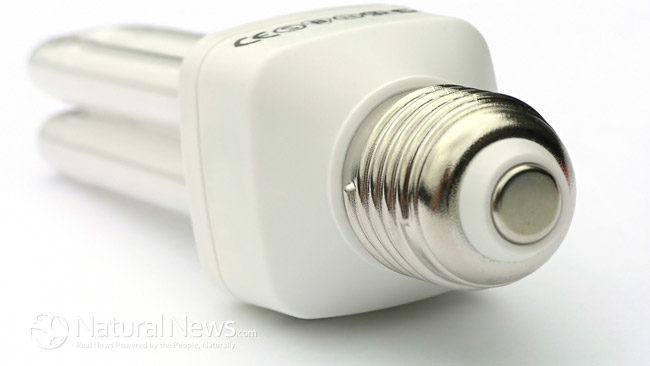 The US Department of Energy had implemented the remaining provision of the 2007 Energy Independence and Security Act in January of 2014. The law enacted was the phase-out of forty to sixty-watt incandescent light bulbs in the US market.

The law was implemented in response to the country’s depleting energy resources and in the belief that the use of these low-cost light bulbs are contributing to energy wastage.

As an alternative to the humble incandescent light bulbs, the government, particularly the Department of Energy, promoted the use of energy-saving bulbs namely compact fluorescent lamp (CFL) and s (LED) light bulbs.

However, many people have expressed their great concern regarding the alternative choices, saying that energy saving bulbs are a health hazard.

The Reality of Myths

While there is some truth to the roots of the concern that CFLs contain hazardous mercury, a lot of experts have debunked some of the myths linking these light sources to health hazards.

While it is true that CFLs require you to be a bit more careful when broken or when being disposed, the hazards may be blown out of proportion. According to an article, published in the scientific journal Environmental Health Perspectives, CFLs typically contain from three to five milligrams of mercury, which is about one-hundredth of the mercury found in older thermostats.

Even if a CFL light bulb breaks, only a small fraction of the already minimal three to five milligrams of mercury it contains gets released into the air. According to a study published in the journal Environmental Engineering Science, when a broken CFL is left unattended for 24 hours, only 0.04 to 0.7 milligrams of mercury gets released into the air. They further note that it would take weeks for the amount of mercury vapor in the room to reach levels that would be hazardous to a child.

However, these findings don’t mean we have to become careless. All possible health hazards, as small as they are, can actually be avoided by quickly following the U.S. Environmental Protection Agency’s simple procedure for safe cleanup.

In addition, there has not been any monumental scientific study that proves UV light from a CFL contributes to developing cataract and skin diseases. Also, only a small number of people have reported these energy-saving bulbs to cause migraines, headache, and nausea.

But you Still Have LEDs…

While there has not been any truly reliable study proving energy saving bulbs are a health hazard, a lot of health experts highly suggest you use another type of energy saving light bulb, the LED bulb, to take your worries away.  But isn’t this very expensive? What makes it different from the CFL type?

There is no denying that LED bulbs are expensive. However, these light sources present a lot of benefits, especially to your budget. It may not make you healthier, but it will not make you unhealthy, either.

LED bulbs can outlast any type of energy-saving light sources. A single LED bulb has a life span of one hundred thousand hours, which is equivalent to eleven years. Just imagine how much money you can save from a LED bulb as compared to the money you will or will not save from frequently changing a busted conventional light bulb.

It is also a relief to know that LED bulbs do not contain any toxic material that could not only damage the environment but also threaten your health. Furthermore, the materials used in manufacturing LED bulbs are recyclable. This means that using this type of light bulb makes you a supporter of environmental causes particularly the reduction of greenhouse gasses that contribute to global warming.

If you are concerned about ultraviolet emissions, illumination coming from LED bulbs contain very little UV or nothing at all. As a matter of fact, commercial airplanes and many locations around the country have long been using LED bulbs.

Also, LED bulbs are known to have designs that dynamically control distribution and color of light, which can positively affect your mind, vision, and mood.  This is also the reason why it is easy to find a LED bulb in any classroom today.

Looking for a way to prepare your body for the summer months and lose a few pounds while eating delicious, colorful meals? Click here to get you started

or download my FREE Book “Amy’s Home Kitchen”, packed with my family’s favorite healthy, clean and delicious recipes. Or connect with me on Facebook or Google+