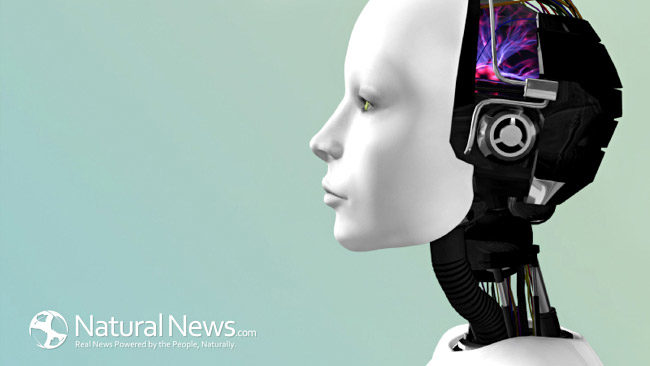 In my last blog post for Natural News, I demonstrated how the Precision Medicine Initiative (PMI) Working Group is connected to the Malthusian-eugenic Bill and Melinda Gates Foundation as well as corporations linked to the Nazi Eugenic Reich, such as Bayer and Merck. In this post, I will illustrate how the crypto-eugenics of the PMI is also couched in the Working Group’s transhumanist biotechnological research and development.

As I demonstrated in my report on billionaire-pedophile Jeffrey Epstein’s funding of transhumanist enterprises, transhumanism is an interdisciplinary science that seeks to achieve the artificial “perfection” of human evolution through humankind’s merger with technology. Yet, transhumanism is merely a more high-tech revision of eugenics conceptualized by eugenicist and UNESCO Director-General Julian Huxley. Of the twenty-four Working Group members who are leading the PMI, seven of them (over 29%) are involved in transhumanistic biotechnology R&D projects that interface genetics and neuroscience with robotics, computer science, and/or artificial intelligence for biomedical manipulation. These transhumanist neo-eugenicists of the PMI also have connections to corporations linked to the Nazi Eugenic Reich, such as GE and IBM.

As the head of Google X’s Life Sciences Team, Conrad plays a leading role in Google’s transhumanism projects, which include artificial brains, Google Glass, smart contact lenses that measure glucose levels, and the “Web of things.” Google is currently developing life extension technologies through Google’s new biotech company Calico (California Life Company). Other Google transhumanism R&D programs include an artificial intelligence program called DeepMind and the Quantum Artificial Intelligence Lab (QAIL). It should be noted that the QAIL collaborates with NASA, which was founded by Nazi scientists, such as Wernher von Braun, who were recruited through Project Paperclip.

An Ex-Officio member of the PMI by virtue of his role as Deputy Commissioner for Medical Products and Tobacco at the Food and Drug Administration, Califf works with Conrad on Google X’s Baseline Study. According to Science Insider, Google’s Baseline Study is geared to experiment with “wearable medical devices” that are capable of “monitoring pulse [and other vitals] 24 hours a day.” Such real-time data-mining aims to test “genome sequence, blood proteins, and biochemical or so-called metabolomic profiles; in some cases, these data may eventually be combined with their electronic health records.” It should be noted that Google is a CIA front company that had its beginnings in the CIA’s venture capital investment firm, In-Q-Tel, according to Wayne Madsen and acclaimed historian Webster Tarpley.

Siegel is a CEO of General Electric (GE), which was convicted of violating the Sherman Anti-Trust Act for its wartime price-fixing collusion with a “cartel” of energy companies that included Nazi corporations such as Siemens, which utilized Nazi slave labor. As CEO, Siegel oversees the GE subsidiary Healthymagination, which is a biomedical/biotechnological branch of the GE Corporation. Siegel’s partner at GE Healthymagination is Alan Gilbert, who “served as a senior advisor to the U.S. Secretary of Health and Human Services, Tommy Thompson,” according to GE’s website. Thompson pushed the VeriChip, now known as PositiveID, which is an implantable RFID microchip that can be used to “help doctors track a person’s medical history, or [that] can be used in high-tech security systems. They could also be used to track pets or people with advances in GPS technology,” according to the Huffington Post. It should be noted that funding for VeriChip was financed by IBM, which leased Hitler its punch-card computers and then processed the experimental eugenics data compiled at the Nazi concentration camps.

As the General Manager of Health and Life Sciences at Intel, Dishman has spearheaded various transhumanist technologies that utilize the “internet of things” to monitor health data and regulate health status. Perhaps most notably, Dishman has been the architect of wireless smart networks that track “early stage Alzheimer’s patients” while “prompt[ing] them to call someone, [or] remind[ing] them to eat their breakfast, or take their medicine,” according to USA Today. Dishman’s web of smart health sensors “led to products that were spun off in 2010 as part of a joint venture between Intel and General Electric into a new company called Care Innovations, where Dishman also serves as director of health policy.” A 2013 CNBC article titled “The Future of Medicine Means Part Human, Part Computer” reports “Dishman said that in a ten-year timeframe he expects one-third of the population will have either a temporary device or another more permanent connected device in their body.”

As the Principal Investigator of Shendure Labs, Jay Shendure has spearheaded cost-effective genome sequencing technologies that will enable inexpensive prenatal screening that can open the doors to prenatal genetic engineering—in other words, “designer babies.” The concept of designer babies has been the subject of several dystopias, including the movie Gattaca and the novel Brave New World. Aldous Huxley’s depiction of designer babies in Brave New World was inspired by the eugenics research of his brother: British Eugenics Society President Julian Huxley, the founding father of transhumanism.

Handelsman is an Ex-Officio member of the PMI Working Group by virtue of her role as Associate Director for Science at the White House Office of Science and Technology Policy. As Associate Director, she has links to the Department of Defense, including “potential research collaborations in developing models of cognitive fatigue, artificial cognition and traumatic brain injury” with the Indian Ministry of Defense. According to the Massachusetts Institute of Technology Press, “artificial cognitive systems” combine “artificial intelligence, developmental psychology, and cognitive neuroscience” to create “computer-based systems that can interact with humans and serve society in a variety of ways,” including “cognitive robotics.”

A Co-Chair of the PMI Working Group, Hudson was a “key architect” of the NIH Brain Research through Advancing Innovative Neurotechnologies (BRAIN) Initiative, which seeks to map the cognitive systems of the human brain for applications in artificial intelligence technologies. The BRAIN Initiative partners with the Intelligence Advanced Research Projects Activity (IARPA) as well as the Defense Advanced Research Projects Activity (DARPA), both of which conduct cutting-edge artificial intelligence R&D. The BRAIN Initiative is also funded by Google and GE.

This list of PMI leaders clearly highlights the integral role that transhumanistic biotech will play in the PMI’s development of precision gene medicines. With seven Working Group members involved in neo-eugenic transhumanism R&D, and with another eight members linked to the Malthusian-eugenic Gates Foundation—which also funds transhumanism enterprises—, fifteen of the twenty-four PMI orchestrators (over 62%) are tied to some form of crypto-eugenics. As I said before, watchdogs will be keen to keep an eye on crypto-eugenicists bearing genetic-medical gifts and biotechnologies through the PMI.

John Klyczek has an MA in English and is a college English instructor, concentrating on the history of global eugenics and Aldous Huxley’s dystopic novel, Brave New World. He is also a contributor to the Intrepid Report and the Dissident Voice.

John Klyczek has an MA in English and has taught college rhetoric and research argumentation for over eight years. His literary scholarship concentrates on the history of global eugenics and Aldous Huxley’s dystopic novel, Brave New World. He is the author of School World Order: The Technocratic Globalization of Corporatized Education (TrineDay Books); and he is a contributor to the Centre for Research on Globalization, OpEdNews, the Intrepid Report, the Dissident Voice, Education Views, Blacklisted News, the Activist Post, Counter Markets, News With Views, The Saker, Rense News, David Icke News, Natural News, What Really Happened, and the SGT Report. He is also the Director of Writing and Editing at Black Freighter Productions (BFP) Books. In addition, Klyczek holds a black belt in classical tae kwon do, and he is a certified kickboxing instructor under the international Muay Thai Boxing Association.