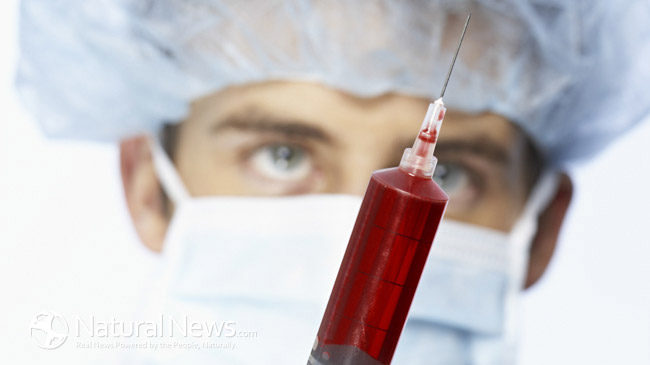 Parabiosis refers to the transfusing of blood from one subject to another literally combining the circulatory systems of two animals. Some scientific studies have shown reported health and longevity benefits to older mice if paired with younger mice. This came into the mainstream view with headlines about tech billionaires injecting young people’s blood for life extension. While adherents of this practice claim to get blood from legal means, we shall examine the science and legality of that proposal. This is in no way inferring that any particular person is violating the law.

Like the top of an iceberg sticking above the water, this is instructive of what may lie beneath or ahead. Many articles detail the very wealthy’s interest in the process of transfusing the blood of the young for its rejuvenating properties. The ghoulish concept was calmly reported and widely lampooned in the media with no serious look at what it really means. While the use of the blood of the young by the elite is nothing new in history, this takes matters to a new industrial level.

Any of the recent articles on the subject are carbon copies of each other, all referencing the same report in the journal Nature. Mentioning only the same part of the report entitled Ageing Research: Blood to blood and not considering the deeper implications.

In the past few years, however, a small number of labs have revived parabiosis, especially in the field of ageing research. By joining the circulatory system of an old mouse to that of a young mouse, scientists have produced some remarkable results. In the heart, brain, muscles and almost every other tissue examined, the blood of young mice seems to bring new life to ageing organs, making old mice stronger, smarter and healthier. It even makes their fur shinier. Now these labs have begun to identify the components of young blood that are responsible for these changes. And last September, a clinical trial in California became the first to start testing the benefits of young blood in older people with Alzheimer’s disease.

Keep in mind that very rich and powerful people throughout history have always exploited target populations for their resources. This leads to two primary questions:

How young is the blood needed for the effects?

How is this blood obtained?

About the first question, again quoting from the same article in the journal Nature just a few paragraphs down.   This part was conveniently left out of the mainstream pieces.

Clive McCay, a biochemist and gerontologist at Cornell University in Ithaca, New York, was the first to apply parabiosis to the study of ageing. In 1956, his team joined 69 pairs of rats, almost all of differing ages3. The linked rats included a 1.5-month-old paired with a 16-month-old — the equivalent of pairing a 5-year-old human with a 47-year-old. It was not a pretty experiment.

The very young were paired with the old. Not sort of young like an 18-year-old, really young like a 5-year-old!! With humans pairing the equivalent of an 18-year-old with a 47-year-old might be acceptable. Whereas pairing a 47-year-old with a 5-year-old is definitely not. All of this is certainly not good for the young host as it is sucked dry of its vitality. The younger the host the more vitality there is to be had.

In McCay’s first parabiotic ageing experiment, after old and young rats were joined for 9–18 months, the older animals’ bones became similar in weight and density to the bones of their younger counterparts5. More than 15 years later, in 1972, two researchers at the University of California studied the lifespans of old–young rat pairs. Older partners lived for four to five months longer than controls, suggesting for the first time that circulation of young blood might affect longevity6.

Which leads us to next question. Where would such young blood be obtained? Some small clinical trials can get it through blood banks with specific permission. Certainly not from legal methods for longevity reasons. The minimum age to donate blood nationally is 17 years old, and the person must also be at least 110lbs. Even if the blood does come from a consenting adult, it is still not legal to purchase it as a health aid like Asper Cream! There are blood drives all over the country every day because the Red Cross is low on donations.  So where is this blood coming from?

Blood and Platelet Donors Must:

This is all very disturbing and not pleasant to consider by any means. The logical deduction does not lead to a good place. An industrial procurement system would have to be established cataloging the type of blood, it’s origin and vintage(age). We know that ethics are no boundary to the elite throughout history. Any rational person would have to ask themselves this question. How long before the appetites of the rich and powerful create a  market for the blood of the young? If they haven’t already.