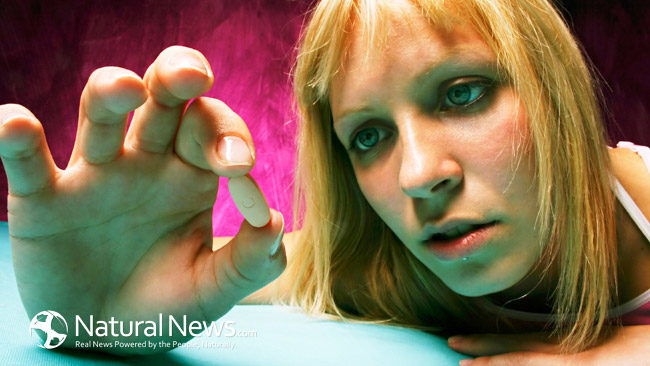 In show business, as in life, the show must go on. When a progressive, degenerative disease gets in the way, creating pain and physical limitations, the natural tendency is to get a prescription to medicate the pain away. That’s just what Mick Mars, leader of the rock band Motley Crue did. His daughter Stormy later followed in his footsteps — same disease, similar course of treatment.

In both cases, the prescription painkillers led to addiction.

The rock-n-roll family of Mick Mars (born, Robert Alan Deal) and his daughter Stormy Deal share much in common — most importantly, a gene that determines a possibility of developing Ankylosing Spondylitis (A.S.). Women don’t often get the disease, so doctors repeatedly ignored Stormy’s request that they run the blood test on her, even though she began developing clear symptoms, like those her father had shown beginning at age 17.

For Stormy, the symptoms of A.S. began showing up in her late 20s, early 30s.

But, no, the doctors knew better and tested her for several other conditions (first, juvenile arthritis, then gallbladder disease, and Rheumatoid Arthritis) before finally relenting and agreeing to test her for gene HLA-B27, which is not a sure guarantee that the person has the disease, but those with the gene are more likely to develop the condition. You might say, it’s a matter of epigenetics — the gene is waiting for the right combinations of environmental circumstances to express itself in the form of the tightening and eventual fusion of the lower back/hip junction in a hot-spot of inflammation.

Eventually, as pain from A.S. got worse, Stormy was prescribed Vicodin and Zanaflex, a muscle relaxer. This, as these things often do, led to a 15 year addiction.

Finally, when Stormy had enough of habitually trying to control her pain with prescription drugs, she began researching natural alternatives on Youtube and learned of the herb, kratom. When she tried it, she found it could get her through a hard month-long withdrawal experience with surprisingly minimal discomfort.

Most people get through the worst of withdrawal in a week or two, but Stormy had built a huge dependence on hydrocodone. She says she wished her father had known about kratom when he detoxed from his addiction.

Interestingly, Stormy — once free of her addiction to Vicodin — didn’t continue to use kratom. Many of kratom’s detractors have portrayed the herb as “just another addiction“, but for Stormy Deal and many like her, this was not the case. She used kratom to ease her withdrawal from hydrocodone and now goes about her working life and family life with only a blood-pressure medication in her daily regimen.

Occasionally, she will use kratom for breakthrough pain and to ease the unpredictable P.A.W.S. (post acute withdrawal syndrome) pains and emotional discomforts that may persist years after a successful withdrawal.

Over the years, Mick has dealt with depression and worsening health problems, but has never let them stop him from touring, writing songs, and playing his music. Mick had a hip replacement operation in 2004. It helped some, but didn’t stop the course of the disease, which leads to a permanently bent-over posture. He good-naturedly  says this helps him keep an eye on his guitar while playing.

Recently, Stormy Deal found the American Kratom Association and reached out to them after seeing their Website mentioned repeatedly in comments on a Dr. Phil episode about kratom. The episode, which aired on 9/11/2015, was very negative and contained many inaccuracies about kratom, moving Stormy to get involved.

Stormy says, “I’ve always wanted to stand up for something big!” This is a big cause — keeping kratom legal and available to help those who could be free of painkiller addiction, if they only knew there was an easier way.

As Stormy Deal says, “Awareness and education (about kratom) are the keys to beating addiction.”