Nuclear Solutions You Are Not Supposed To Know 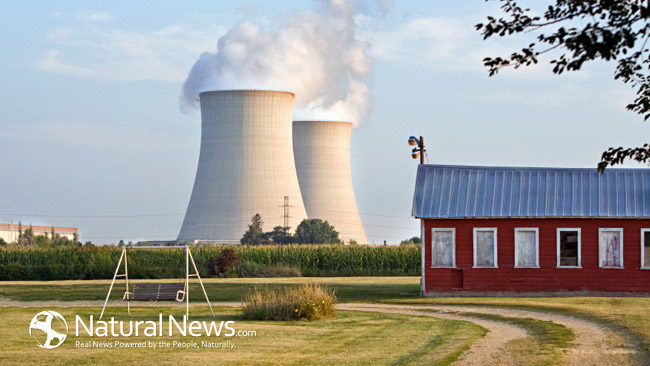 How Our “Leaders” Think

Governments and big industry all over the world have been searching diligently for solutions to the nuclear contamination problems that have been created by numerous nuclear bomb detonations, leaking nuclear power facilities, the unrestrained use of depleted uranium in weapons, and now the Fukushima disaster, right?  Wrong.  They have not been searching for solutions, they have been searching for ever more advanced means to hide the truth of what they are doing.  Better techniques of coverup, not cleanup.  This is almost impossible for many people to grasp.  Most of us tend to think in a more sane and logical fashion.  If there is an environmental situation that threatens all life on Earth, we think, how can this be fixed, so that further disaster can be averted.  This is not how the current rulers of our country and of planet Earth think.

For those of us that find it difficult to think like the criminally insane deviants that run the world, we can get an approximate idea of their mentality by considering some of what they have done.  We can look at the cooperative effort between the U.S. government and BP oil to destroy the Gulf of Mexico waters, and then give top priority to the spraying of deadly corexit over the entire area to hide as much of the damage from the pubic as possible.   Later Obama himself did a television PR piece showing people that they should be swimming in the totally safe Gulf waters and eating the seafood.

If The Problem Is Real, Just Hide It

The issue of nuclear contamination from allowing troops the use of depleted uranium even on practice ranges has been completely hidden from the public.  The Fukushima disaster, currently at its most serious stage, threatening to make the entire northern hemisphere too toxic to live in, and the southern hemisphere the same some years later, is ignored on the corporate media channels that the majority of people still trust as their news source.  The blackout includes stopping the reporting of nuclear fallout levels across the U.S., and no mention of the critical operations about to take place at the damaged Fukushima facility that could decide the fate of the Earth far beyond our lifetimes.

The takeover of U.S. agriculture by genetically modified crops, proven to cause many diseases, sterility and death in test animals, is hailed by mainstream “scientists” as a great advance for humanity which will help us feed the world, and is fully supported by the U.S. government, which has all the information on what this will do to the people and to the environment.   Total nonsense is protected by calling it “science.”

There are innumerable other examples.  The general idea is to continue to make the damage worse, and simultaneously continue hiding what is really going on, and what it will do to us.

The Brilliance Of “Ordinary” People

Where our hope lies in these and so many other areas where humanity is being abused and murdered by government and multinational corporations, is with individuals whose creative intelligence is motivated into action by true caring for humanity and for the Earth and all other species of life that surround us, the web of life without which our survival will not be possible.

Organic farmers and gardeners know how to produce food, fiber, flowers and trees without poisons, without chemical fertilizers, and do it in great abundance by remineralizing the soil and building it back up to its normal levels of fertility by natural means.

Natural health practitioners know how to prevent or reverse “incurable” diseases with nutrition, detoxification protocols, and the use of other elements of nature through Earthing, sun exposure, fresh air, meditation and re-direction of everyday mental and emotional patterns.

Biologists working with bacteria that eat oil and other types of environmental pollutants know how to clean up oil spills without the toxic “solutions” used in the Gulf.

And quantum physics researchers have come up with ways to neutralize nuclear radiation as well as chemtrails poisons, both in the air, and after they reach the ground.  The list of amazing technologies already developed goes on and on.  So why do we not see these wonderful solutions being used all over the planet, transforming life, bringing health and prosperity to people everywhere?

The Clash Of Motives

Because those in the top controlling positions of government and industry do not want them.  These technologies are not conducive to the “successful” conclusion of the enslavement and eugenics agenda.  In order to make sure the invasions of middle east countries could occur on schedule and energy shortage concerns could continue to justify western intervention in oil producing countries  overseas, massive discoveries of oil in the U.S. were capped and kept secret, starting in 1973 (see Lindsay Williams’ book, The Energy Non-Crisis).

And in order to keep the world using fossil fuels and nuclear energy as primary energy sources, inventors of viable clean and free energy technologies have been bought off or killed by government assassins.  Unfortunately this is not a made up spy thriller story.  I was able to personally confirm, through a man who worked for a U.S. military group in charge of eliminating unacceptable technology breakthroughs,  the very real existence of the teams that visit the inventors who need to be silenced.  Another source explained to me that the United Nations helped arrange for anyone who attempts to manufacture free energy technology to be imprisoned for life.  Research would be tolerated, and even discussion.  But the minute manufacturing threatened to begin, those responsible would disappear, probably to protect “national security.”

So our issue has not been the lack of advanced technologies, it has been that inventors are justifiably afraid for their lives.  Right now, in spite of silence on the issue by the major media, the ongoing Fukushima disaster threatens to make life, at least in the northern hemisphere and possibly everywhere, an impossibility on planet Earth.  So it seems reasonable that we might want to pay attention to what quantum physics says about radiation and how it might be neutralized, even at relatively minimal cost.

The whole key comes from understanding “solid matter” as energy, energy as thought, thought as an product of consciousness, and each of us as the points of consciousness from which all of our “reality” emanates as a fully dimensional hologram.  That is a lot to grasp, very far from our normal understanding of the solid world.  But those who have made that leap have realized the possibility of technologies outside the box of the normally possible and have already made some of them reality.

When we begin to see matter as energy, we understand that the atoms that make up our entire world are almost entirely empty space, but that the apparent vacuum of space is actually filled with an unlimited supply of what has been called zero point energy.  It turns out that the spin and rate of vibration of apparently solid particles is what makes them appear to have certain characteristics like weight, color, and solid existence.  It also follows that everything that exists in the world has its opposite, and in the case of nuclear fallout and radiation, this opposite is the clue to its neutralization.  What might sound like an esoteric philosophical point becomes the basis for breakthrough technology.

Have You Heard Of Ken Rohla?

One of the researchers in the area of quantum physics as applied to health, on a personal and a global scale, is a man named Ken Rohla in Florida.  He has done the work on how to produce energy that can neutralize radiation, and has created small devices that can be used to protect a person or a small space (perhaps a garden?) from radiation as well as the fallout from chemtrails (see his video lecture at http://beyondrawfood.com/blog/how-to-neutralize-radiation-and-chemtrails-from-the-sky-your-garden-and-your-body/).

This video of Ken Rohla is worth watching, as he has a lot to say about what foods and supplements can help detox and protect from chemtrails and nuclear fallout, and also describes the small energy devices he has that are made to protect from the effects of these toxins in the environment.  If his devices are working as well as he claims in the lecture and what those who are using them report, then it would be highly beneficial to figure out a safe way to make some of them large enough to address the global radiation and chemtrail problems that threaten everyone’s life right now.

What We Need To Solve Now If We Want To Live

It appears the creative intelligence we need in our current situation is not so much to come up with the technical solutions for these problems, but to come up with a way to protect the inventors and their already existing devices from the attacks of those in government and industry that do not want us to know about or use them.  Perhaps some means of sudden massive dissemination and distribution could work.  The Thrive movement and other individuals and groups are looking at possible ways to achieve it.  But whatever the solution is going to be, to overcome the suppression of these vital technologies, the events at Fukushima and the fact that we are all now breathing nanoparticles of toxic metals every day, make it obvious we are just about out of time for finding a safe way to get the solutions already devised into the hands of those that need them.   The same intelligence needs to be given to this strategic challenge now, as has been successful in coming up with so many brilliant technical solutions that are just waiting to be used.

Also by this author:

Vaccination: Blessing of Science or Deception and Harm?

Vaccination: Blessing of Science or Deception and Harm?

An Open Letter To Our “Elite” Rulers

An Open Letter To Our “Elite” Rulers

America’s Rx For Holistic Health: Compare This To Obamacare

America’s Rx For Holistic Health: Compare This To Obamacare

Do You Know What Sustainable Really Means?

Do You Know What “Sustainable” Really Means?