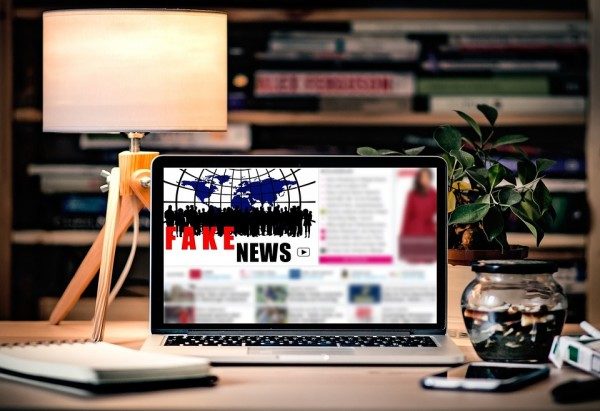 Trends or revolutions can be unexpected. Even with total information awareness. The best laid plans often go astray. Take “fake news” for example. A report released by the Office of the Director of National Intelligence on January 9, 2017 highlights one of the greatest trends and unexpected consequences of the information age. Produced over the last four years by the National Intelligence Council the report titled Global Trends Assessment: Paradox of Progress chronicles current and emerging trends in the geopolitics, military affairs, and technology. The only paradox is that the globalist’s progress has taken an unexpected turn.

Coming in at 235 pages it is bristling with themes on a dystopic future from malevolent AI to out of control geoengineering and break away civilizations. Not kidding. Echoing other globalist white papers with three future dystopian scenarios or a combination of them.

All with the same solution for “fake news“. Just like the World Economic Forum’s Global Risks Report 2017 with it’s calls to “smooth the information flow” and this report that questions “democratic ideals like free speech and the market place of ideas“.  Direct quotes!  These documents released at the end of the Obama Administration represent the capstone in globalist thinking about the problem of “fake news“.

In the chapter Trends Transforming the Global Landscape there is a section titled Converging Trends Will Transform  Power and Politics. This word product puts in stark terms how the internet has empowered individuals and alternative media to influence opinion and spread information on a global scale as never before. It offers only one solution at the end of the chapter to the problem of “fake news” that has broken the monopolies. Can you guess what that is?

The ICT revolution placed in the hands of individuals and small groups the information and the ability to exert worldwide influence—making their actions, interests, and values more consequential than ever before.    GTA p26

When the internet was introduced to the public it had already been in use for years by the military as ARPANET. Developed by the forerunners to DARPA this technology was given to the public for many reasons. One of the major reasons was to “close the loop” and get real time data on what populations are saying, thinking and doing. This allows for increasingly accurate prediction of future trends and how to influence them by introducing strategic stimuli at certain points along the way. Before this governments and corporations did not have instant and reliable methods of gauging the public mood and how they were reacting to social engineering and advertising. Total information awareness is now making the globalists totally aware that people around the world are fed up with them. Now the script has been flipped and the people are making up their own minds.

The information environment is fragmenting publics and their countless perceived realities— undermining shared understandings of world events that once facilitated international cooperation. It is also prompting some to question democratic ideals like free speech and the “market place of ideas“.  GTA p26

Undermining the “shared understanding” provided by complete corporate control of  almost all media that made globalization possible. Leading “some” to question democratic ideals like free speech and the marketplace of ideas. Wow. It doesn’t take a technocrat to figure out who the “some” are. The sky is falling and the information environment is fragmented because the globalists cannot compete in the market place of ideas. So shut it down. Competition is a sin.

When combined with a growing distrust of formal institutions and the proliferation, polarization, and commercialization of traditional and social media outlets, some academics and political observers describe our current era as one of “post-truth” or “post-factual” politics    GTA p26

Growing distrust of formal institutions is putting it mildly. Trust in government and mainstream media are at historic lows since data began to be compiled by surveys. Once again that mysterious “some” pops up again. A little more specific this time identified as academics and political observers. Blaming citizens of the world for speaking their mind and finding facts that answer legitimate questions. Free speech is at fault is this “post truth” era with it’s “post-factual” politics muddying the waters so globalist programs cannot continue unopposed. These same nebulous academics and political observers identified in the document that question free speech and democratic ideals know that they have a fight on their hands.

The power of individuals and groups to block outcomes will be much easier to wield than the constructive power of forging new policies and alignments or implementing solutions to shared challenges, especially when the credibility of authority and information is in question.    GTA p27

Questioning authority is the very bedrock of free speech and democracy. Freedom will get in the way of forging new globalist policies and international alignments. Implementing globalist solutions to manufactured challenges is difficult when being continually exposed by a fair and open press. This is considered “post-factual” politics.

So what does one do when confronted with this dangerous freedom where people decide what to think for themselves? What would be the solution for those who question democratic ideals like free speech and the market place of ideas?

For authoritarian-minded leaders and regimes, the impulse to coerce and manipulate information—as well as the technical means to do so—will increase.   GTA p27

Almost laughable if it were not so dark in it’s prescription for a final solution to “fake news” and echoed in countless other recent globalist white papers.

Easier to read pdf at https://info.publicintelligence.net/ODNI-NIC-ParadoxProgress.pdf