Mothers Taking Acetaminophen Are More Likely to Give Birth to Boys With Autism, New Study Finds 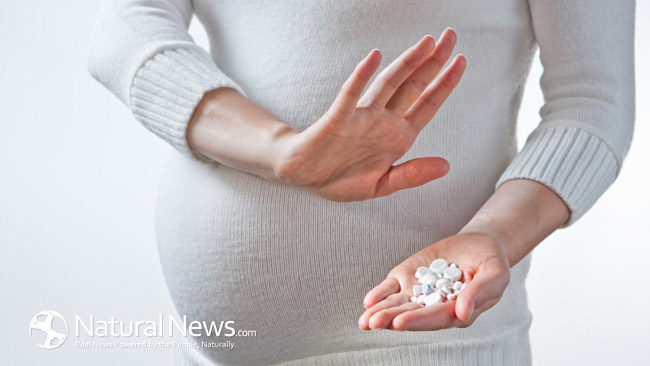 Mothers who take popular painkiller brands that contain acetaminophen are more likely to give birth to boys with autism, according to a recent Spanish study.  Researchers report that male fetus’ exposed to medication containing acetaminophen before birth were more likely to have symptoms of autism during their childhood, as well.

Acetaminophen is an active ingredient in hundreds of over-the-counter (OTC) and prescription medicines — like Tylenol and Anacin.  It helps to relieve pain and reduce fevers.

Many healthcare professionals prescribe acetaminophen to pregnant women. However, there’s evidence that acetaminophen can disrupt the endocrine system.  This disruption could alter the production of certain hormones, which could hinder brain development in the fetus.

Cases of autism in children have been increasing in the United States, according to the Centers for Disease Control and Prevention (CDC).

The CDC briefly addresses this condition with the following statement.

“Autism spectrum disorder (ASD) is a group of developmental disabilities that can cause significant social, communication and behavioral challenges. Studies in Asia, Europe, and North America have identified individuals with ASD with an average prevalence of between 1% and 2%.”

Recently, a team of researchers in Spain aimed at trying to determine if women’s exposure to acetaminophen during pregnancy adversely affected child development between the ages of 1 and five.

They asked 2,644 mothers about their use of the pain reliever — also known as paracetamol — during pregnancy.  Close to 40 percent of the children were exposed to acetaminophen up to week 32 of the mothers’ pregnancies.

Later, the researchers evaluated the children for evidence of autism and the child’s attention abilities.  They came to the conclusion that acetaminophen may impact brain development and behavior in children exposed in the womb.

The study’s authors wrote the following in the International Journal of Epidemiology: “Comparing persistently exposed to non-exposed children, we have detected an increase of around 30 percent in the risk of detriment of some attention function measures.”

This recent Spanish study is not the first to report a link between acetaminophen and child developmental problems.

In 2013, researchers performed a study in Norway and reported that among 48,000 children, those whose mothers who had taken paracetamol for more than 28 days during pregnancy, were more likely to have behavior problems, higher activity levels, and delayed development.  The authors of this study concluded, “Children exposed to long-term use of paracetamol during pregnancy had substantially adverse developmental outcomes at 3 years of age.”

Another study out of Denmark received a lot of attention last year.  The team of researcher of this cohort study followed 64,322 mothers and children.  They found that women who reported using acetaminophen during pregnancy were about 50 percent more likely to have a child with autism and other behavioral issues such as hyperactivity and impulsivity.

Finding the exact cause of autism is very complicated.  Studying the causes of other behavior disorders is complex, as well. Scientists say it’s difficult to test a compounds’ impact on human behavior, because animal studies don’t work well for identifying human behavior and development conditions, like autism or attention-deficit/hyperactivity disorder (ADHD).

Acetaminophen is used in approximately half of pregnancies. Pregnant women use it for fevers and pain.  But some health experts suggest that taking the pain medication is also beneficial to babies — because fevers during pregnancy can interfere with fetal development.

This recent study titled, “Acetaminophen use in pregnancy and neurodevelopment: attention function and autism spectrum symptoms,” is published in the International Journal of Epidemiology.