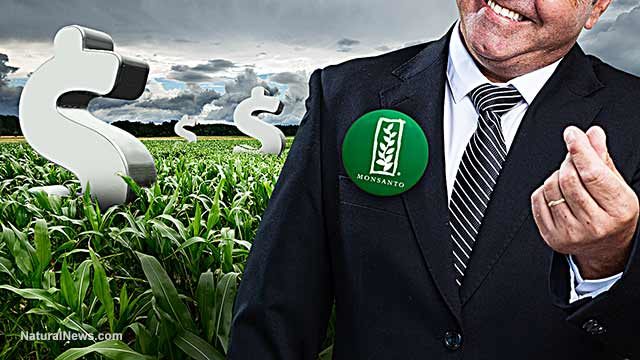 The most popular weed killer in the United States, Roundup, has been under fire recently as its main ingredient is allegedly causing cancer in thousands of its long-term users. Glyphosate, the active ingredient causing so much turmoil, was declared a “probable human carcinogen” by the International Agency for Research on Cancer in 2015. Since this announcement, thousands of consumers who developed various cancers have raced to find legal counsel to fight the manufacturer in court.

Roundup manufacturer and agrochemical giant Monsanto was bought by Bayer AG in June 2018 for around $66 billion. Since then, Bayer has faced three high-profile courtroom losses against consumers who have each developed non-Hodgkin’s lymphoma and blame Roundup for their diagnoses. Two of the cases resulted in over $70 million payouts, and in the most recent case, more than $2 billion. Bayer has announced that it will appeal all three losses as it continues to stand by the safety of its herbicide.

In the first trial against the manufacturer, Dewayne Johnson claimed that his occupational use of Roundup as a California school groundskeeper caused his development of terminal non-Hodgkin’s lymphoma. Aside from regularly using the product for his job, there were a few occasions when he was doused in the product after it accidentally spilled. In these instances, he simply washed it off and continued with his day, believing that the product was not harmful.

The jury in Johnson’s case unanimously agreed that the manufacturer failed to warn its customers of the potential dangers of Roundup, and Johnson was awarded almost $300 million in damages. Shortly following the trial, this jury award was reduced to $78.5 million so that the punitive and compensatory damages would match at $39.25 million each. Johnson is appealing this reduction to receive the original award.

Hardeman, who used the product on his property to treat poison oak, weeds, and overgrowth on his California residence, also blamed Roundup for his cancer. After a six-day deliberation, the jury decided that Roundup was a substantial factor in the development of his non-Hodgkin’s lymphoma and awarded him $80 million.

The evidence presented in Hardeman’s case followed several studies conducted regarding glyphosate. In the first study presented, it was revealed that Roundup caused disturbances in normal cell divisions in sea urchins. This information suggests the disturbances may also be the same in human cell-cycles, which can cause cancer.

In two other studies that were presented to the jury, evidence showed that Roundup’s concoction of ingredients was more toxic than glyphosate alone. Another study showed that this chemical makeup is specifically more toxic to human placental, embryonic, and umbilical cells.

After this trial, the presiding judge Vincent Chhabria, ordered a formal order of mediation in an attempt to help the company and the plaintiffs filing lawsuits come to a settlement. An order of mediation brings the plaintiff and defendant together with an impartial lawyer to hopefully reach an agreement to resolve pending and future cases. In May 2019, attorney Kenneth Feinberg was appointed by Chhabria.

The third and most recent Roundup case involves Alva and Alberta Pilliod. The couple, both suffering from non-Hodgkin’s lymphoma, used Roundup on their property regularly since the 1970s. While using the product, they didn’t wear any form of protective gear when spraying the product, as they were led to believe there was no need to do so.

On May 13, 2019, the jury in this case awarded the couple over $2 billion in damages. Although it is possible that this award could be reduced, the payout decision sent a message to the thousands of other plaintiffs awaiting their day in court.

In addition to non-Hodgkin’s lymphoma, consumers who have used Roundup regularly are also being diagnosed with leukemia, b-cell lymphoma, and more. Roundup users in other countries who were diagnosed with cancer have recently begun filing lawsuits against the manufacturer as well. In Australia, a man claimed that his 20 years of Roundup use contributed to his leukemia diagnosis. A Canadian farmer has also filed a class-action lawsuit against the manufacturer after being diagnosed with cancer after consistently using Roundup since the 1990s.

The next U.S. trial is set to take place in late August in Monsanto’s hometown of St. Louis, Missouri. Plaintiff Sharlean Gordon claims her 15 years of Roundup use contributed to her development of non-Hodgkin’s lymphoma. While Bayer still stands by the safety of its product, time will tell how this case plays out in the courtroom in the future.