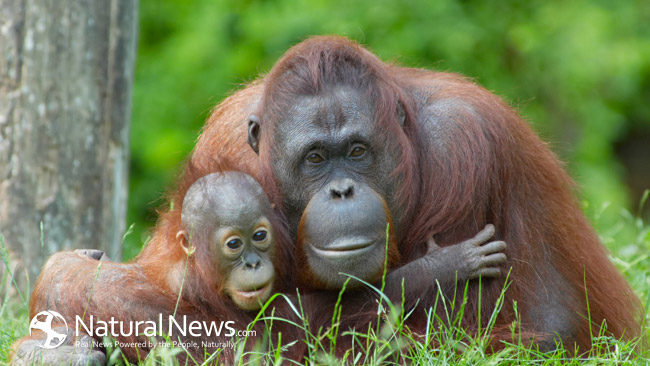 Old monkeys share the same behaviors as older humans, according to a new study. This recent study notes some remarkable similarities of the selective behavior of old monkeys, compared to the cautious and discerning behavior of aging humans.

You may have noticed that some grandparents or parents at retirement age get fussy, as they grow older.  They become more selective.

Every day, and every week, many of these elders go to the same restaurants.  Some senior citizens are noted for getting irritable when they’re around too many strangers.  And some older people prefer sitting quietly, while watching television — instead of playing in the yard, or going to the park with their grandchildren.

Researchers from the German Primate Center in Goettingen, Germany, conducted behavior experiments and observations of Barbary macaque monkeys living in a reserve in Rocamadour, France.  In the 50-acre of “La Forêt des Singes,” the team of researchers studied the behavior of 118 monkeys ranging in age from four to 29 years.

One experiment involved giving the macaques new objects to play with.  The researchers noticed only the younger monkeys showed any interest in the new items. This type of selective behavior is similar to how a number of older people prefer their familiar routines and objects — and tend to choose not to experiment with new ones.

The research team also played recorded screams of monkeys that were “friends” and “strangers.”  In response, the older monkeys became especially interested when they heard screams of their “friends.”

According to the researchers, the reaction of the animals meant they still cared about the social interactions of their group — especially when they heard and viewed their closest friends.

“Barbary macaque females do not generally lose interest in social interactions when they grow older. However, they do focus their social activities on a smaller group of partners.”

Monkeys tend to lose interest in new stimuli at an early age, and as they get older they focus more on their social environment.

Alexandra Freund, another colleague involved in this new study, offers more on the selective behavior of older monkeys and humans.

“In this, they are very similar to humans who become more selective as they get older.”

As the monkeys aged, they showed signs that they were less likely to care as much. This lack of interest was also exhibited when it came to the macaque’s grooming behavior. On a regular basis, the younger macaques had the tendency to change grooming partners, whereas the older ones tended to stick with the same circle of grooming friends.

Older people mirror this behavior, as well.  They are likely to interact with a smaller circle of family and friends — becoming more selective or choosy, as they grow older.

One theory for this behavior is that as people age, they recognize that their time is limited.  They are more inclined to be more selective about the people they choose to spend their remaining days with.

Most people are curious and eager to gain new experiences when they’re young.  Laura Almeling notes, “As we get older, we focus on what we have achieved and maintain social relationships with those who are really important to us.”

Perhaps, one of the reasons why older monkeys and older people become more selective is due to the lack of vitality and loss of stamina that comes with age.  And maybe the choices made are because the elderly are too tired to deal with negative relationships.

Another theory suggests that old monkeys and older people might be limiting their social interactions in order to take fewer risks.

In addition, psychological research on humans suggests the selective or choosy behavior of older people may be due to their awareness and realization that their remaining future lifetime has become more limited as they grow older.  So, they are motivated to focus on what they believe are the most important things in life.

Currently, there isn’t any proof that monkeys are aware of their limited lifetime.

Principal investigator Julia Fischer offered the following conclusion to their study in a recent press release.

“Our research demonstrates the importance of behavioral research in monkeys in order to gain a better understanding of human aging.  The behavior of older people has deeper roots in primate evolution than previously thought. Motivational changes in old age do not seem to be primarily dependent on the awareness of a limited remaining lifetime.”

Whatever the reason behind the behavior of old monkeys and older people, Dr Freund says, “Our behaviors that seem very much the result of our deliberation and choice might be more similar to our primate ancestors than we might think.”

This recent study titled, “Motivational Shifts in Aging Monkeys and the Origins of Social Selectivity” was published in the journal Current Biology.