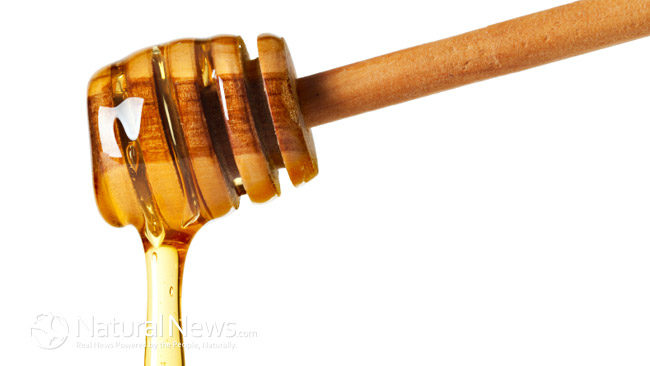 Manuka honey, listed between other superfoods – such as moringa, chia seeds, spirulina, wheatgrass, and goji berries – is made by bees pollinating the Manuka bush in New Zeeland.

Raw, organic honey has powerful antimicrobial, anti-inflammatory, and immune boosting properties. It is a rich source of amino acids, B vitamins, magnesium, calcium, potassium, and iron. Manuka honey houses up to 4 times more of these nutrients compared to the other raw honey variations.

It also contains methylglyoxal (MGO), which is only found in Manuka honey. MGO is a compound responsible for the non-peroxidase activity, or Manuka honey’s ability to effectively treat wounds and digestive issues.  And that’s what makes it so unique.

Manuka honey has been in the spotlight and called a superfood for quite a while now. Even celebrities like Scarlett Johansson, Elizabeth Jagger and Katherine Jenkins swear by it.

Thanks to its rising popularity, New Zealand saw its honey export double in the last few years. Unfortunately, the increasing demand and higher price per jar gave rise to the production of fake Manuka labeled honey.

A while ago, a UMF Honey Association independent chairman, Peter Luxton, told politics that there was actually more honey being exported to other countries than New Zeeland produced.

This finding sparked the curiosity of The Grocer, a British market leading magazine devoted to grocery sales. They tested a wide range of Manuka honey jars sold in the UK. Varying levels of MGO and other nutrients were reported.

Kirstie Jamieson, Rowse Honey marketing director, said: ‘It’s shocking to discover that the quality of Manuka honey in the UK – including the MGO content – varies so dramatically from brand to brand. Honey with low levels of MGO shouldn’t be labelled as genuine Manuka and it’s clear to us that thousands of British consumers are not getting what they think they’re paying for.”

Apparently, consumers in the UK are paying higher prices for Manuka labeled honey while they are getting normal, cheaper honey instead. Probably the UK is not the only country where fake Manuka honey is being sold at a high cost.

Prices for Manuka honey range from $10-$90 while you can already have a jar of normal honey for $2.

Stuart Shotton, a former trading standards officer whose company Foodchain Europe advises retailers and manufacturers on food security, says: “Food fraud isn’t anything new but you could argue that as more and more businesses are under quite a degree of stress, and are being squeezed to cut costs, the more chance of food fraud will happen.”

The UMF Honey Association claims to have found a portable device to test the honey and trace it back to its origin. This should help retailers make sure the real Manuka honey end up on their shelf and stop these fraudulent practices.

Does eating healthy and meal planning wear you out? Let us take all the stress away! Our weekly, personalized meal plans combine steamy recipes with speed, style, & health. Join here.

Or download my FREE Book “Amy’s Home Kitchen”, packed with my family’s favorite healthy, clean and delicious recipes. Or connect with me on Facebook or Google+