Lycopene, the “internal SPF booster” has many more health benefits 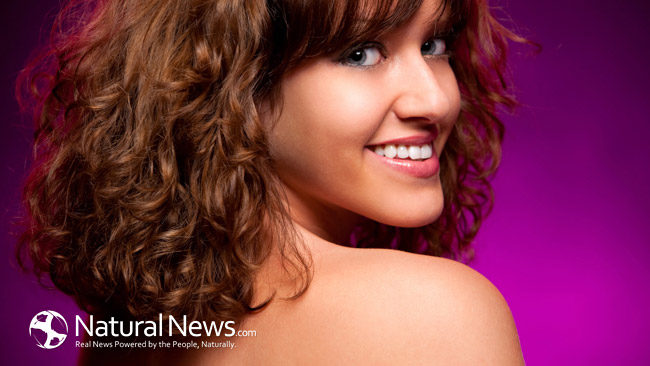 Most everyone loves the idea of slicing into a juicy, home grown tomato that’s fresh off the vine.  The taste is so overwhelmingly delicious that we may even forget what a mouthful of preventive health we are taking in.  The major nutrient behind the tomato’s major health benefits is thought to be the antioxidant lycopene.

Lycopene is from the powerful carotenoid family of antioxidants which are most often found in brightly colored produce.  It seems that sun exposure increases the concentration of this nutrient since sundried tomatoes are actually higher in lycopene than fresh tomatoes.

The good news is, you also do not lose or alter the nutrient when you cook tomatoes into a sauce or soup.  Watermelons are actually higher in lycopene content than tomatoes, which is surprising since the pigment of the watermelon is not as deep as that of the tomato.  The tomato still remains the most universal, all-season source since it is a popular staple in most households year round.

Protects against prostate and other cancers

Lycopene has been studied for its anti-cancer benefits and one of the most striking correlations is between high lycopene intake and prostate cancer.  Studies indicate that lycopene seems to be highly available to the prostate and has potent protective qualities against local cell damage.  This makes sense when you consider the nutrient protects the plant and fruit itself in which it is contained from foreign invaders and disease.

Another such study found that animals supplemented with tomatoes showed markedly less oxidative cell stress.  Oxidative stress is correlated with cancers of all kinds, so this antioxidant is definitely one to keep in you diet as a powerful anti-cancer weapon.

Lycopene is one of the nutrients that is most well known for promoting luminous skin from the inside.  Since lycopene is partially responsible for the pigment in the fruits and vegetables in which it is contained, it logically follows that it would lend to a glowing complexion when consumed on a daily basis.

One interesting study showed that the lycopene content in tomatoes (specifically, tomato paste was used in the study) helped boost protection against UV exposure.  The test subjects who ate tomato paste on a daily basis showed a remarkably high tolerance and resistance to UV skin damage when exposed to UV rays.

This implies that lycopene may be extremely useful in your anti-aging regimen. Much of the damage that occurs to our skin and results in the “aged” look is from excessive UV exposure.  Age spots, discoloration, wrinkles and fine lines all may be worsened by excessive exposure to sunlight, especially on your face since your face is always bare.

The eyes may also greatly benefit from a high lycopene diet.  Studies have shown that diets rich in lycopene and other carotenoids seem to offer protection against macular degeneration later in life.  It seems that the eyes contain large concentrations of these carotenoids and use them not only for function but also for protection against the many disorders that cloud the sight as we age.

Sources for this article include http://science.naturalnews.com/2006/2820855_Efficiency_of_apples_strawberries_and_tomatoes_for_reduction_of_oxidative.html