Levaquin and Cipro- The Decent Into Madness 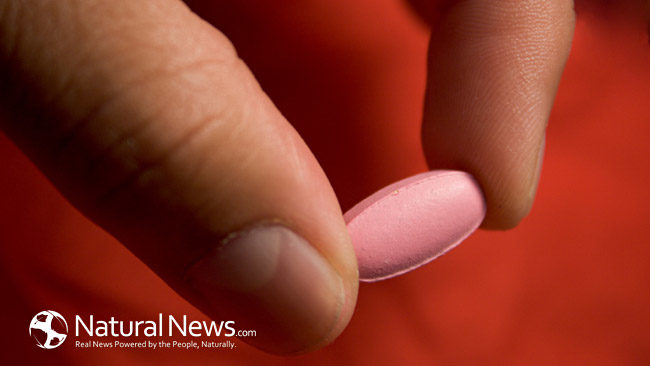 On the heels of the FDA’s recent warning for severe, disabling permanent peripheral neuropathy, other neurological damage should be discussed as a possibility for these drugs. To assume that the drugs merely attack the small fibers of the peripheral nervous system and leave the vast remaining neurological system unscathed would be incorrect as well as irresponsible.  Peripheral neuropathy can also effect the autonomic nervous system and causes problems with involuntary functions leading to symptoms such as abnormal blood pressure and heart rate, reduced ability to perspire, constipation, bladder dysfunction (such as incontinence), and sexual dysfunction. It isn’t as simple as burning skin.  Causes of peripheral neuropathy include disease, trauma, and chemical toxicity, including chemotherapy. That’s where the fluoroquinolone drugs come into play. Levaquin, Avelox and Cipro are classified as chemptherapeutic drugs.  I am sure your physician neglected to inform that he/she was giving you chemotherapy when you were given an antibiotic for a non life threatening infection.

Peripharal neuropathy is related to the part of the nervous system outside of the brain and spinal cord.  The peripheral nervous system is more susceptible to toxic injury due to a much less efficient system than the blood brain barrier, not that these drugs don’t go there, because they DO.  Peripheral neuropathies  uglier sister is called autonomic neuropathy (techinnically called Dysautonomia)  which involves but is not limited to: excessive fatigue, excessive thirst (polydipsia), lightheadedness, dizziness or vertigo, feelings of anxiety or panic (not mentally induced)  rapid heart rate or slow heart rate, orthostatic hypotension, sometimes resulting in fainting and loss of bladder function.  Orhtostatic hypotension being the most debilitating symptom because simply sitting or standing will trigger fainting and loss of consciousness.

Now we get into the BIG picture. Central Nervous system side effects. If peripheral neuropathy and autonomic dysfunction didn’t scare you, this will guaranteed. Here’s what Wikipedia says about Central Nervous System damage:

Fluoroquinolones can induce a wide range of serious adverse psychiatric effects. These reactions may manifest as extreme anxiety, panic attacks, depression, anhedonia, cognitive dysfunction (or brain fog), depersonalization, paranoia, hallucinations, toxic psychosis, seizures, tremors, taste perversions, abnormal dreams, chronic insomnia, vertigo, delirium, suicidal thoughts, and usually involves all five senses. For some people the symptoms resolve relatively soon after discontinuing the fluoroquinolone; for others, in the case of a neurotoxic effect, symptomatology may persist for months or even years after discontinuation.  Fluoroquinolones are associated with a significant number of serious psychiatric events.

In addition, the fluoroquinolones may show depressant activity on the CNS, as was indicated by the depressant syndrome, decreased spontaneous motor activity, and hypothermia found in animal studies. Concomitant (concurrently with)use of NSAIDs may increase seizure risk.

A positive correlation exists between the doses of fluoroquinolones and the prolongation (increases) in the caffeine elimination half-life. (In one case a sixfold increase).

Electrolyte imbalances are common with previous reports of fluoroquinolone-induced seizures.

The CNS ADRs (adverse drug reaction)are a combination of the interference with neurotransmissions (gamma-Aminobutyric acid or GABA), inhibiting of the clearance of other drugs (such as caffeine),  reduction of brain glucose uptake,  electrolyte imbalances, neuronal dysfunction or degeneration and inflammation. The fluoroquinolones are known as GABA inhibitors and as such have the ability to bind to neuroreceptor sites within the brain that appear to play a role in CNS adverse events. In recent years, extensive in vivo and in vitro experiments have been performed, and several mechanisms are thought to be responsible. The involvement of GABA and excitatory amino acid (EAA) neurotransmission as well as the kinetics of fluoroquinolone distribution in brain tissue are thought to be responsible.

I know, I know, many of you are saying WIKIPEDIA, REALLY????? Well, Wiki has by far the best plain language explanation I have ever found.(There is extra credit at the bottom of the page if you are interested in reading an abstract regarding the wide range of neurotoxic effects associated with quinolones.)

Now imagine, you were given an antibiotic by your physician for a sinus infection and present with all the above symptoms. Let’s also imagine that your physician assumes that Levaquin or Cipro is just like all the other antibiotics he has prescribed for years.  With all the psychological quackery being practiced by medical doctors these days, you are going to be handed a prescription for Xanax.  You were mentally  sound a week ago and now you are a nutcase and it’s not the drugs, it’s you…..take this pill….you need rest…..is everything ok at home?  The list goes on.  Doctors refuse to link the drugs to the sever damage that it does.

Let’s go one step further in this. Levaquin induced psychosis a very real and disturbing aspect of these drugs.  You can read the technical jargon here. http://www.ncbi.nlm.nih.gov/pmc/articles/PMC2745871/ . Levaquin is the clear winner in the fluoroquinolone contest as to which fluoroquinolone drug, will devastate your brain because Levaquin is a 3rd generation quinolone.  Cipro was effective, but pharmaceutical developers decided that it did not have optimal cell permeability and adding an extra fluorine molecule would deliver more of the drug to an intracellular level.  VOILA, Levaquin is born and psychiatric reactions go through the roof.  Most Fluoroquinolone Toxicity victims report extensive mental and emotional issues post discontinuation of the drugs. Symptoms are immediate and long-term in nature and rarely dissipate with time, rather becoming more and more evident and prominent.  Victims report symptoms such as free-floating anxiety, suicide ideation, severe panic attacks/disorder, insomnia,  brain Fog (impaired cognitive thinking), memory loss (including impaired short-term memory), aphasia, confusion, abnormal dreams, headaches, depersonalization, depression, agitation / personality changes, visual and audio hallucinations, seizures.  It’s a horrific list of horrific symptoms all going on at once. Each victim has a different collection of symptoms but the symptoms are always the same.  All victims suffer silently because sharing what is floating around in their brain would get them locked up. Many spouses as well as family members have attempted to have fluoroquinolone victims institutionalized.  It’s shocking how a drugs can first destroy your mind and then a marriage,family and financial planning. It is also shocking how high the suicide rates are for fluoroquinolone victims.  Doctors are in denial. The FDA moves at glacial speeds to do anything. The pharmaceutical manufacturers don’t care because they are busy counting the piles of money coming in from it’s sales and the victims are left in many cases, disabled, homeless, financially devastated and broken. Horribly, horribly broken.  If the drug toxicity wasn’t enough to push a victim over the edge, the social and financial side effects of the drugs are the nail in the coffin.

The system is failing us as a people.  The FDA is failing us as a governmental agency, designed to protect the American people, it gets a disturbingly HUGE amount of its budget from the pharmaceutical manufacturers.  Our physicians are failing us as healers and have morphed into common street drug pushers..  Do the pharmaceutical companies know what they are doing to people?  Of course they do, they designed the drugs, they know exactly what fluoroquinolones do and how they do it.  Why don’t they CARE what they are doing?  Because they don’t have to.  No more than the pilot who drops bombs from above on civilians down on the ground. It’s the bomb that killed those people, not him. He is just the messenger. The engineer who designs the bomb is just making a product, he’s not using it to kill people. Culpability, it’s universally lacking in our current medical system. I wish I could say it was getting better but it’s getting worse.  Industry user fees (money paid by the drug manufacturers) were first introduced in the early 1990s in an effort to help speed up the FDA’s approval process; prior to that, the FDA had been funded entirely by Congress.  This is one of the main reasons why the FDA’s track record for keeping you safely out of harm’s way has failed so miserably over the years, as user fees allow the drug industry to have major leverage over the FDA, and that control is continuing to increase year after year. Sick and tired of this? Write your congress person. Well, in the olden days that worked. Now your congressional representative is on the dole as well. His or her campaign being funded by Pharmaceutical manufacturers. Don’t believe me? Google it.  I did and was shocked.

I started this blog with the aspects of mental illness affecting fluoroquinolone users and ended with some information that should make any American crazy.  The fact is, we are all at risk for the damage of these drugs. There is no specific and clear cut factor that determines WHO will get these side effects. Some factors include genetics, general health at the time the drugs were administered and environment play a factor. Every person is at risk for the physical and mental damage these drugs do.  It is sage advice to never take a drug where the known listed side effects are worse than the affliction that is being treated. Fluoroquinolones are Russian roulette with your mental status, your family, your marriage and your life.  If you need an antibiotic, ask for a standard antibiotic and refuse to play with your life. It’s your body, it’s your decision and it’s your future.

About me, the author. My name is Erin Wilson and I am an advocate and peer counselor for victims of fluoroquinolone toxicity. A two-time victim of Levaquin, I have lived it and seen it all. I now counsel victims in recovery and make the public aware of the devastating effects of these drugs. If you have been harmed by Cipro, Levaquin or Avelox or any fluoroquinolone drugs, there is help. Please visit http://fluoroquinolonevictimsadvocacynetwork.webs.com/. There is support and help for recovery.