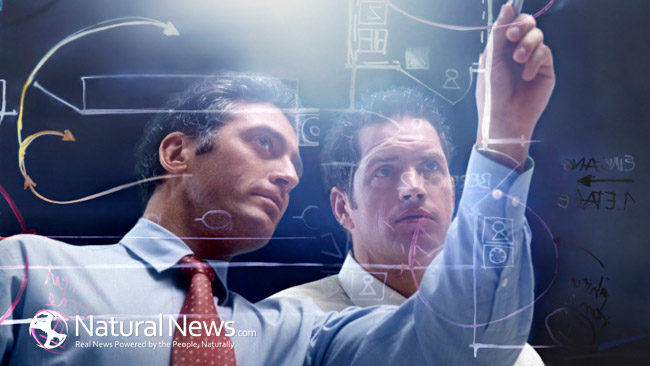 Points one and two are contradictory. As regards point three, if a scientist supports a certain view then he or she can simply be considered unintelligent. In reality, rarely is point one the issue. Most universities or other funded institutions would not be prepared to spend time and money investigating phenomena which was outside of the scientific mainstream, and if they were it would be done in order to discredit the ideas rather than as an objective study.

Lets give some examples. Astrology is considered unscientific. The reason for this is that science has no place for the idea that the positions of the planets determine our nature when we are born, or events that may happen through the day. In other words, most intelligent scientists would refute astrology. One may ask that if scientists are genuinely looking for explanations as to how things work they would at least investigate astrology.

One scientist did. In 1955 Michel Gauquelin set out to disprove astrology and attempted to correlate the birth times of people who were very successful in their field to their birth times. For instance, one may expect journalists to be more likely to be Gemini’s; soldiers to be Aries etc. What Gauquelin found was not a correlation between their sun sign (what is usually called the birth sign) but with the rising sign and specifically where mars was at the time of birth.

As one can imagine, the results have been refuted by ‘scientists’ as it does not fit in with their world view. Richard Wiseman, Ph.D, Professor of psychology at the University of Hertfordshire and ex chair of CSICOP (a debunking organisation) has talked about such phenomena as astrology saying that if we were to accept such phenomena as being true we would have to throw out all our current scientific theories. This is nonsense. It simply means that there there are phenomena which we don’t understand that we need to investigate.

CSICOP was instigated with a view to studying (or really, debunking) such phenomena but has at every stage concocted experiments that are designed to prove what they want to prove (e.g.: The Girl with the X-Ray Eyes).

So when we read that such-and-such is ‘unscientific’ we should ask what that means. Were experiments done and if they were, were they proper controlled experiments and not designed to simply prove what the experimenters wanted to prove?

Of course, it would be prudent to ask ourselves whether we are going to accept or reject ideas simply because they fit in with scientific experiments but that is really a topic for a different time.

Phil Braham is a hypnotherapist working in Melbourne, Australia. His website is: hypnotherapy.braham.net