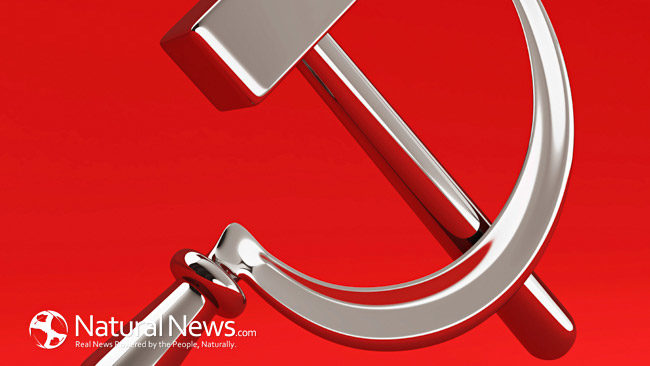 As a former U.S. Army Intelligence Analyst, and a battalion security manager who processed security clearances, I am awfully curious how this open Communist TRAITOR to America named John Brennan ever received a security clearance. I am also VERY curious why Barrack Hussein appointed such a treasonous Communist to be the Director of the C.I.A.

To obtain a Top-Secret security clearance with Secret Compartmentalized Information (SCI) access, which would be the baseline for a C.I.A. director, and having voted for the Communist Party in the past SHOULD get your clearance denied quickly! It is an absolute wonder of how John Brennan, who proudly voted for a Communist Party candidate in 1974, obtained a legitimate security clearance.

The next bit of wonder, is the fact that Barrack Hussein appointed this subversive traitor to America as the director of the C.I.A. The truth behind this is a disturbing truth, which is that Obama himself is a radical Communist who was implementing Marxist policies in America, and he knew John Brennan would play ball with the progressive (aka Marxist) agenda.

This clearly explains why Barrack Hussein Obama specifically appointed a former Communist as the Director of the C.I.A. because he is a radical Communist himself. There are many more resources which outline this FACT, and if you open your eyes you can see that Obama changed the Democratic Party into a group of seditious radical Communists. The Barrack Obama administration, including John Brennan (and others), was a Presidential administration of radical Marxists who were intentionally destroying the United States! We need to have military tribunals IMMEDIATELY against these subversive, seditious, treasonous TRAITORS to America!

“The unhinged criticism is also hilariously rich, given that John Brennan, who supported the Soviet-controlled American Communist Party, meets the textbook definition of a useful idiot for the Russians. At the height of the Cold War, he was rooting for the Reds, casting his vote in 1976 for Gus Hall, the American Communist Party’s presidential candidate. If anyone is adept at serving as a dupe for the Russians, it is John Brennan. To paraphrase John Kerry, he was for them before he was against them.” (Nuemayer, 2018)

These Leftists here in America are violating multiple federal statutes simply with the agenda they are trying to push, and they rabid disgust for the duly elected President of the United States. The Barrack Hussein administration turned the American government into a criminal operation aligned with Marxist beliefs. There is NO REASON why these CRIMINALS can’t be brought in front of a military tribunal and tried for ACTUAL treason! It is disgusting that the REAL treasonous traitors to America are somehow allowed to go onto television and advocate the overthrow of a duly elected President, and claim HE Is the treasonous traitor. These people need be locked up IMMEDIATELY!!!

The American people are FED-UP from having to watch this play out, and John Brennan, James Clapper, Susan Rice, Hillary Clinton, Loretta Lynch, James Comey, Peter Strozk and many others need to be arrested IMMEDIATELY!!! Enough of this open sedition to America on our television networks and in our newspapers. The Barrack Hussein administration attempted to make America Communist, and they are FREAKING OUT because President Trump is successfully MAKING AMERICA GREAT AGAIN!!!! #MAGA

Whoever incites, sets on foot, assists, or engages in any rebellion or insurrection against the authority of the United States or the laws thereof, or gives aid or comfort thereto, shall be fined under this title or imprisoned not more than ten years, or both; and shall be incapable of holding any office under the United States.