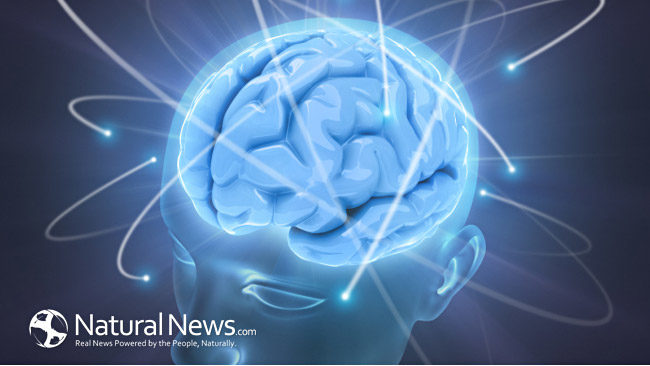 Considering the United States is the second largest Spanish-speaking country in the world after Mexico, Spanish seems to be a very desired language these days. It’s fast-gaining popularity, an almost commonplace language appearing alongside English in many public places including stores, newspaper and television advertising and in restaurants.

But the surge in the Spanish language is not the only reason to learn the language. It’s often been said that keeping our brain fit is just as important as keeping our bodies fit. Indeed, “exercising” our brains to boost memory, increase focus and even improve mood has become an increasingly popular notion these days. As such, everything from taking a different route to work to learning a new hobby have been suggested to nudge our brain from the everyday rote and awaken it to new challenges, exposing it to new ways of thinking and as a result, improve its function.

However, boosting our brain power – really boosting its power may mean more than trying your hand at a difficult crossword puzzle. What makes a significant difference? Listen up, amigos: many recent studies show that of all things a person can learn, it’s learning a new language that can significantly help our brains and maybe even help delay the onset of age-related diseases of the brain.

Is Learning a Language Good for your Brain?

According to the journal NeuroImage, students who learned a new language in approximately 13 months showed “significant new growth in the hippocampus and in [three] parts of the cerebral cortex.” The hippocampus plays a role in spatial navigation and learning.

The control group, which also studied but did not study a new language, showed no signs of new brain growth. Therefore, while learning new tasks can help our brains, it’s specifically learning a new language in a short amount of time that bolsters brain activity. Researcher Johan Mårtensson, who was involved in the study said, “. . . there is a lot to suggest that learning languages is a good way to keep the brain in shape.”

Regarding age-related brain diseases, researchers at the Baycrest Research Centre for Aging and the Brain noted that of 184 elderly patients, 134 showed signs of dementia. However, those who spent time speaking more than one language experienced up to a four year delay of the onset of dementia compared to those who only spoke one language.

What Parts of the World Speak Spanish?

Of course Spanish is the native language of Spain and it’s spoken in Latin America. However, it’s spoken in Puerto Rico, frequently used in Gibraltar and even in some small communities in Europe (including parts of Germany, France and Switzerland). Many travelers to Cuba and Ecuador to name just a couple other places, are also keen to pick up the Spanish language.

In the United States, it’s the norm to see the Spanish language on product packaging (directions for use, ingredients, etc.) as well as other methods of communication. In fact, over half of the growth in the total population of the United States between 2000 and 2010 was due to the increase in the Hispanic population. The Hispanic population increased by 15.2 million in that timeframe. Spanish is often spoken in parts of Florida, especially Miami, as well as in areas in Texas, California and Arizona, to name just a few key areas.

Different Ways to Learn a Language

If you’re ready to learn a new language, know that there isn’t one standard way to pick it up. Everyone learns in a different way and it’s helpful to know what kind of learner you are before just choosing any method.

Many people learn by observation and taking in what they see. They are typically very artistic, may say “I see what you mean” in response to others and tend to find learning by listening challenging. In the case of learning a language, seeing the words allows your brain to take a snapshot of it so you can “see” it when needed and then produce the necessary sound.

If you often engage in conversation saying, “I hear your point” or “Do you hear what I’m saying?” (as opposed to “I see what you mean” or “Do you see what I’m getting at”), you’re probably one who will do best learning a new language with audio recordings. Other signs you learn though auditory means is that you tend to read slowly, spell phonetically and don’t enjoy writing about things that you read.

Learning a language by hearing words and sentences is ideal.

For those who learn best by doing and engaging in hands-on activities, you’re at your best when becoming involved with the subject matter. Instead of reading or listening about a new language, engaging with others who speak the language you want to learn (study groups, for example) are suggested.

Ideal for those who learn best with audible measures, the Pimsleur approach helps you learn a new language in just 10 days for only 30 minutes a day. What’s appealing is that it’s done all without memorization of lists, courses, repetitive grammar rules or flashcards.

Based on the concepts that 1) all language on Earth is already embedded in our minds and 2) the ease in which children as young as two learn by listening, Dr. Paul Pimsleur (called the Einstein of language learning, by the way) developed this technique. It’s been used by over 25 million people over the past 30 years, including the FBI.

Four CDs, the use of your headphones and just $10 (the very affordable cost of their CDs) are all that’s needed.

This is ideal for people who learn best through visual cues and who may have had preliminary experience with language learning in the past. The basics of telling time, learning numbers and seasons and alphabet concepts are explained via the written word on this site. Best of all, it’s entirely free! It’s great for refresher or beginner insight and especially helpful before moving on and trying the Pimsleur Approach or using Rosetta Stone.

Get started on your Spanish here: Linguim.com Spanish Lessons

Referred to by CNN as “The gold standard of computer-based language learning,” Rosetta Stone uses images, text, sound and video to help people master a new language. Their language learning software hones in on grammar spacing techniques and repetition, an approached trademarked by the company called “Dynamic Immersion.” It works for people comfortable with both reading and listening approaches to learning.

Prefer a study group or more hands-on method to learn Spanish? Turn to your community. Many local places such as libraries, churches or sports centers offer group classes for those interested in learning a new language. From conversational Spanish to more advanced classes, there are several opportunities to be found in the community sections of your local newspaper, online (Meetup.com as just one example) or simply by asking friends or colleagues for suggestions.

So, get ready to boost your brain power. Spanish is a fast-growing language, plus it’s a great way to keep your brain sharp!

Best of luck, or better yet, “Buena suerte!”