Why the FDA Is Suppressing Kratom 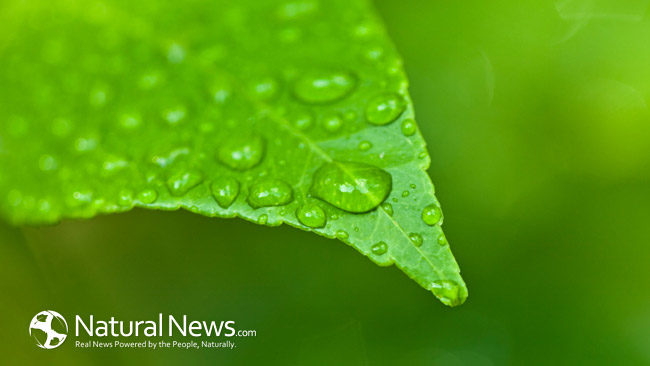 Kratom received a hard slap on the hand recently to remind us all that those who sell kratom must play by the FDA’s confusing rules.

A very careful reading of the press release announcing the raid, which took  what the U.S. Food & Drug Administration said was $5 million dollars worth of kratom off the market, could leave the average person scratching their head.

My quick scan of their Web site, immediately after the bust, found no claims that kratom was to be used for medicinal purposes at all. The site has now been taken down “for maintenance” so it is impossible to tell what it said that purportedly caused the raid.

This much we know:

On September 25th, Federal Marshalls raided the Warehouse of Rosefield Management in Van Nuys, California. twenty-five-thousand pounds of the herb kratom were seized.

The crime? “A related company, Wholesale Shamanic Herbs, promoted kratom on its website with claims that the product is intended for use in the diagnosis, cure, mitigation, treatment or prevention of disease.” Or so the FDA says.

The FDA filed a complaint in the U.S. District Court for the Central District of California alleging that kratom is an unapproved new drug and a misbranded drug under the Federal Food, Drug, and Cosmetic Act.

It would seem that — for the moment — a company can possess and sell this herb, but they can’t say anything about what it is used for.

Kratom is still technically legal, but the FDA is obviously not happy about that and is willing to mis-state one key fact to mislead the public to agree.

Kratom Has Not Paid for the Privilege of Being Sold and Marketed in the U.S.

The story of this unusual herb, which has been used for centuries in Southeast Asia as a treatment for those withdrawing from opium and heroin addiction, as well as many other conditions including diabetes, diarrhea, and cough, is a long and fascinating one.

It is, perhaps more accurate to say that this herb was confiscated because it is being used — very effectively — as a way for America’s prescription drug addicts to break free without experiencing the usually traumatic withdrawal symptoms that stop most victims of Oxycontin and other opioids from getting clean.

One would think this country would welcome a solution to the problem that is causing a dramatic rise in the annual number of overdose deaths, with a growing number among women. Unfortunately, the true crime seems to be promoting the cessation of addiction, without the medically approved creation of a new, more-tenacious addiction to another set of pharmaceutical drugs under the care of a medical doctor or professional drug rehab counselor.

The list of DEA complaints alleging dire consequences for those who use kratom is equally applicable to those who drink too much beer, wine, or whiskey — which also are regulated and we must assume are “safe and effective“.

The accusation that kratom causes respiratory depression is completely in conflict with this scientific research that shows the promise of this non-opiate painkiller. All the opioid drugs currently prescribed, on the other hand, do cause this deadly risk.

Nervousness, agitation, aggression, sleeplessness, and tremors can equally be caused by numerous drugs the FDA has approved for use, including coffee. Why are these other FDA-approved products permitted?

Alcohol, also regulated by the FDA, has also been known to cause nausea, vomiting, hallucinations (Pink Elephants, anyone?), tremors, and severe withdrawal symptoms. Why is alcohol allowed to be openly sold and consumed at sporting events where children are present?

Oddly enough nausea and vomiting are the only unpleasant results of kratom use that ring true — and these are only found in those who accidentally (or purposely) take more than a reasonable quantity of the herb.

Hyperpigmentation has only been a problem for those who have worked for years in the bright sun of the jungles of Southeast Asia, while chewing quantities of kratom leaves to support their hard labor cheerfully. I have never heard of any U.S. or European kratom-user complaining of hyperpigmentation, though — if true — kratom might also be marketed as a sunless tanning aid.

But seriously, what is this fuss about kratom all about?

This all boils down to a turf battle between the established monopoly the pharmaceutical industry has over the distribution of products and information about those products — and a brash new herb which has burst onto the U.S. market as a better solution to (among other things) the U.S. opioid addiction crisis.

Big Pharma bought their way into a monopoly stake in the U.S. system of medical care. The FDA is the officially-sanctioned watchdog over what we may take — and what we may be told — for our health issues.

The FDA is staffed and advised at the higher levels by many individuals with ties to the pharmaceutical industry. Can you say, “Conflict of Interest? I bet you can!”

Our safety — and truth in advertising — are not the primary concern of the FDA, as anyone with a vaccine-injured child can attest.

Occasionally, as we are seeing with medical marijuana, a product which is not approved by the FDA is left alone, apparently because there is so much tax revenue to be gained by doing so. (Oh…and also because the federal government holds a patent on one of the drugs made from cannabis.)

Kratom is a newcomer which — although it has a long history of proven success and safety in countries where it grows — has not come up with the billions of dollars required to pay for the privilege of being sold on the U.S. market.

Kratom Has Not Paid the Piper

If absolute safety were really the issue, we would not have items such as alcohol, tobacco, vaccines, aspartame, Oxycontin, Tylenol, Fosamax and GMO foods being sold on the U.S. market.

Because these products have paid the fee to cross the barrier to entry in the huge U.S. market — and they can easily afford the occasional billion dollar fines for the deaths and injuries they frequently cause — they are permitted to do business here.

A fledgeling, disorganized industry marketing a plant substance that has never, by itself, caused a reported death in centuries of use doesn’t stand a chance against a de facto drug monopoly whose turf is protected by the FDA. Or, does it?

If Our Medical System Is So Great, Why Is Our Health Hitting New Lows?

If the FDA is watching over the safety of the drugs we use, what are we to make of the 100,000-plus deaths each year from pharmaceutical drugs?

Is a “Black Box” warning on the package of pills sufficient to protect us from overdose (in the case of Oxycontin) or osteonecrosis of the jaw (in the case of Fosamax)? Paying the FDA a billion or two as a fine for deceptive marketing and letting them keep selling their deadly products doesn’t seem like much protection.

The only ones getting good protection from the FDA are Big Pharma. They have paid the fee and are permitted to market products that are addictive, deadly, and legal.

They are protected from competition by an herb with considerable medical research behind it — an herb, kratom, that is preferred by hundreds of thousands of U.S. opioid, heroin, and benzodiazepine drug addicts.

One would think the American people and their government, in particular, would be very happy to welcome many former drug addicts back into the realm of productive, taxpaying citizens. What is truly amazing is that these citizens pay for their own do-it-yourself detox process, because they can’t charge it off to insurance or Medicare/Medicaid.

What a bonus for the taxpayers! Hundreds of thousands of former prescription drug addicts are now free of their habit, having paid for their own self-treatment — all thanks to kratom.

Many no longer use kratom. Some others use it only occasionally when pain flares or anxiety raises its ugly head.

Most, like this writer, say quitting kratom is less arduous than quitting its sister herb, caffeine.

So, tell me again — What is the FDA protecting us from?

Or, perhaps it is more accurate to ask, “Whom is the FDA protecting? The American public or the special interests of the pharmaceutical industry and the redundant jobs of the rehab industry?”

To learn more about Kratom and Diabetes, see this link.

To see a company that has gone to great lengths to comply with both the letter of the law and its intent, visit OnlineKratom