Escape From Freedom & The Non-Dualism Of Peace 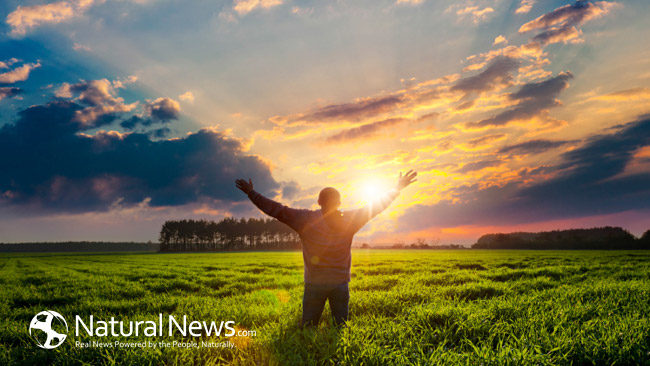 World Violence As An Escape From Freedom

Much has been written about our dominating and coercive structures and as of yet, many world citizens don’t realize that they stand at crossroads and that their future will depend on their ability to notice what is really going on to change the course of events shaking the planet. The Empathic Society won’t rehash any of such facts but will delve into the core issues, to explain people’s disempowerment or complacence in the face of a scourge that seems to have existed since the beginning of times. That very scourge is a byproduct of the Fear of Being. The responsibility of being humans. Since about eons, all cultures and races have attempted to define and regulate the notions of ‘good’ and ‘evil’ while remaining bent on invasions, wars, pillage and oppression by whatever means and for the sake of religious righteousness and ideologies alike. Yet there is this widespread Consensus that cannot imagine existence without rulers, even the most tyrannical, as if there can’t be any other choice. Or should it rather be said that the only other choice can’t be even considered because the same Consensus systematically assumes that chaos would ensue. It is thus easy to conceive as why the demand for any ruling power is associated with an inner fear that just morphs the latter into another menace eventually becoming very real. And this holographic reality shapes the Fear ever perpetuating the Escape from Freedom.

The Consensus is that war is a fatality of life, that Nature condemns man to remain an animal and fall prey to immorality because She made him cruel, gullible and greedy. The problem with such a Consensus is that it breeds a mindset disrespecting life as a whole, and thus immoral. The paramount of this immorality is without a doubt the ‘business’ of military interventions and silently watching or supporting them. That immorality springs from the ignorance of the Cause and Effect, a Natural Law, setting into motion a dual dynamics that will eventually turn against those who did nothing. Holographic Reality being a Natural Law, nobody should feel safe when allowing the perpetuation of destruction enforced upon others. As long as humans tolerate the act of war, don’t request the dismantlement of standing armies, it will remain impossible to thrive and begin to reinvent the meaning of societies.

Considering the war and peace cycles, what to think of family values when parents agree with policies that will eventually condemn their offspring to face war? How can the pro-life movement, against abortion, even think that it is doing the right thing trying to protect life when turning a blind eye to the enrollment into the army? Analyzing the phenomenon of war is highly discombobulating because it voids all values attributed to life, not to mention also questions man’s made laws giving any ruling powers the absolute right over life and death, and that the ‘art of killing’ regulates world economies as explained in the Empathic Currency section. War is the glue that holds all those contractions together. There are many human rights organizations whose goals are the focus on humanitarian aid as the result of war and even claim to impose peace by arms.

We live in a ‘culture of death’ that springs from the assumption that man is an animal and which is a very faulty one as man has the dominion over the animal kingdom. He can alter Nature and even destroy Her, what animal cannot do. Unlike animals, man is able to imagine a long term future. Although animals are subjected to Nature, they do not disturb Nature’s Equilibrium as a whole. Man has a mind to understand Her and his understanding can go both ways. He can either dominate human nature by making man believe that he is cursed to remain an animal to start with, or use Natural Laws for his betterment. In other words, it is his choice to remain an animal or not. Objectively speaking though, man cannot even be an animal since he can alter Nature. When behaving so, he just becomes a ‘beast’ of destruction. So the only choices for man is either Enlightenment or self-made extinction due to the inexorable and exponential trend of technology. The mindset hasn’t changed for about millennia but the ‘art of killing’. Today, it is possible to annihilate the planet in a few minutes. And it seems like it is the path the world is taking if man keeps failing to realize that his lack of Empathy and Self Love are at the core of the issue.

As a matter of fact, Empathy has always been the answer to resolve conflicts but since the Consensus ignored it for so long, an insidious countdown has started with the advance of technology, especially which in the field of weaponry and makes it obvious as why Empathy must resonate within and exposes power as the paramount of all illusions. Power requires Fear to be sustained and has thrown Humanity into a ‘polarity vortex’ that only Empathy can bring back to Equilibrium. There is a second way to look at this and which becomes crystal clear if understanding the extreme dualism of the current opposing forces at play. The Fear of the consequences versus an ever growing global thirst for absolute power. It is only a matter of time for a breaking point to occur and cause a Singularity Collapse by merging both sides of the spectrum and initiated by the Oneness Principle as a Force pushing Itself through whether we grasp it or not. The Oneness Principle is an inalienable Supreme Natural Law that could allow the obliteration of Mankind, unless we choose the path of Enlightenment. It is an absolute Truth which destroys all lies when the latter reach their final and exponential phase. The Oneness Principle needs Dualism to express Itself but rules over It. Fighting or ignoring Dualism always fuels more antagonism. It is not without a reason as why all religious dogmas warn about some kind of ‘dreadful judgment day’ in their own words. Such a day doesn’t need to happen but an individual wake up call.

How humans regard themselves just depends on the their programming, and if the latter teaches that legalized mass murder for a greater good must occur, most will endure cycles of utter upheavals but also be tempted to fool the system at their own level because hopelessness rules over their hearts, and which also explains why corruption is the foundation of the system, and which in turn gullibility ends up condoning. By gullibility it is meant waiting for a savior who will fix and save the world. Rationally speaking, if large scale legalized and organized murders are deemed perfectly acceptable, why would anybody taking part in any underground criminal organization or financial ponzi schemes even question his actions? If ‘the too big to fail’ can get away with a slap on the wrist, why would street gangs dissolve, why would anybody stop using whatever system’s loopholes? If when people turn on their televisions and see so much geopolitical and fictional bloody violence, why would they refrain themselves from cheating the system at their own level at all?

Most people care about ethics and want to live honestly but if social rules and codes of conduct are designed to suit such a predatory framework, one’ sense of honesty isn’t going to – nor can – be rewarded. And never will be since a competitive framework also prevents from being genuine as stated in The Empathic Currency section under ‘Speculation And The Subversion Of Society’. Most people are resentful toward the system but allow its continuation because they give away their consent, and their submission is at the core of a low self-esteem eroding the willingness to change what is. Ultimately, the Self-Love motion, or the lack there of, governs all human interaction as explained in The Metaphysics of Sex.

Because of this century-old submissive mind pattern, the latter also regulates education, which in turn dictates the Consensus to apply ‘power and rules’ wherever it does see fit. The aftermath here is that a mind being ruled seeks to rule at its own level and imposes upon others its own definitions of good and evil, themselves determined by its experiences and knowledge. And that is where everything gets even more intricate as each individual mind thinks in different terms, there simply aren’t two minds thinking alike. The consequence is a multi-layer of seeking-to-rule-perceptions fragmenting the Collective furthermore, to a point of no return. It is the situation we are faced with since feelings are expressed along those lines, cutting off all possibilities to speak out one’s mind because of the pervasive ‘ruler game’. The Fear to disturb each other’s mode of thinking and experiences prevails and polices the sanitization of thoughts. But how long can it last, how long can one live under such an ever increasing internal and external pressure?

What is called ‘free speech’ is no longer of any help either as there is a systemic drain of self-depreciation prevailing and instilling resentment and the latter can only express itself with anger. And anger doesn’t lead very far but brings about more dualistic road blocks. Not to mention the very silent but insidious generational-long compounding side-effects encrypted in our DNA. Epigenetics has brilliantly demonstrated that emotions are genetically passed on from a generation to the next. Psychoanalysis cannot address such a scientific evidence but a deep Awareness of the Oneness Principle. Although the issue sounds highly complex, it can be understood quite easily if the questions strike at the core. The challenge resides in letting go a model that has done nothing but led to this Crisis in Consciousness and which only the Holistic Brain can address by reprogramming ourselves. There cannot be any fruitful action as long as each individual doesn’t allow an Inner Revolution taking place. The One and the Whole being holographic, the Inside has to heal to harmonize with the Outside and end the Escape from Freedom paradigm. (to be continued)

more by the author: http://www.celinek.net

Celine Kayser. is an atypical and autodidact thinker whose background is quite eclectic. Philosophy has always been a major field of interest of hers, especially that of Jiddu Krishnamurti and Walter Russell in the more recent years and which radically influence her writings. She is a voluntaryist at heart restlessly questioning the perception of happiness, the human nature, success and deconstructs old social persistent myths explaining why current frameworks cannot be fixed. She has recently started The Earth Custodians Movement advocating for a decentralized and money-free society and currently working on the trailer. Stay tuned!