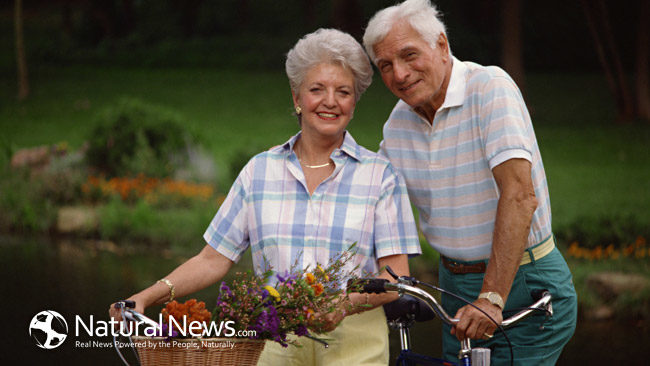 Dementia is an increasingly common condition, as many Baby Boomers are learning.  Having raised their own children, they now find they are needed to care for an aging parent who may be slipping into this forgetful condition.

One study compared 21 Western countries between the years 1989 and 2010, and found that dementia is now being regularly diagnosed in people in their late 40s and that death rates are soaring.

The situation is particularly bad in the United States, where deaths caused by neurological conditions — mainly dementia –in men older than 75 have nearly tripled. In women, they have increased more than fivefold.

What Is Causing This Increase in Dementia?

The study authors blamed much of the increase in dementia and other neurological diseases upon the increases in environmental pollution from the use of petroleum-fueled vehicles, the use of pesticides, and electro-magnetic pollution. My guess is that the decline in the average American’s diet, combined with increased use of pharmaceutical drugs, also play an important part.

My interest in preventing dementia comes from my personal experience trying to help my widowed mother as she slowly sank into dementia. Toward the end of her life, I became her legal guardian.

My mother was forty years old when I was born and the first signs — though we didn’t recognize them as such — began to occur when she was in her sixties.

My mother was depressed to various degrees as she got older and I believe she probably had fibromyalgia, which doctors tried using a variety of drugs to control.  Fibromyalgia was generally thought to be an imaginary illness at that time.

As time went by, she paid less attention to cooking for herself, so her nutrition suffered. I believe the decline in her nutrition — and perhaps the prescription drugs she was taking — had a lot to do with her descent into dementia. Living in Miami when there was still aerial spraying of DDT to control mosquitoes might have had an effect, too.

She began to choose the wrong words for things she was talking about.  This was one of the first signs of encroaching dementia.

I tried to impress on her the importance of eating freshly cooked vegetables and whole grains, but she preferred prepared foods like Cup-A-Soup (loaded with MSG, which has been suggested as a likely cause of many neurological conditions), TV dinners, and cookies with ice cream for dessert.

She had never smoked, though my father smoked around her until he died. That may have had an effect on her circulatory system, along with the lack of fresh fruit and vegetables. She wouldn’t drink wine or coffee, both of which might have helped, thanks to their high antioxidant content.

In the end, she fell and broke her hip (or maybe her hip broke and then she fell, which doctors say is what often happens) and went rapidly downhill from there. She went to the hospital to repair her hip and they tried some electro-convulsive therapy (which I never would have approved, if I had been informed) and tricyclic antidepressants on her. Of course, none of this reversed her depression.

From the hospital she went to the best nursing home I could find in Miami, where soon she no longer knew who I was.

The one thing positive that we obtained from my mother’s stay in the hospital was a diagnosis of vascular dementia, accompanied by mini-strokes in her brain that wreaked havoc with her memory.

Dementia is about the most depressing outcome we can imagine for our parents. But fortunately, there is good news from those who are adding the herb Kratom to their own and their loved ones’ diet! Members of the Kratom community have come forward to report that they are seeing evidence that dementia is to some degree reversible, as you will see below.

Now, some Good News for those with Dementia!

Kathy is caring for her mother, who was diagnosed with mild dementia one year ago.

The medication her doctor prescribed gives her mom nightmares, so Kathy has been giving her mother Kratom on Mom’s “bad days”.

Where her mother had been getting up 6 or 7 times a night, now 2 grams of Kratom in orange juice helps her sleep through the night. This, obviously, is a major improvement and improves her mom’s mental state during the day.

Where her mother couldn’t recall the words for common objects like shelves, with Kratom her speech patterns and recollection of the right words to use has improved. Her mom seems “brighter” and more “full of life” remembering events from the past and happily chatting about them.

In one example, Kathy’s mother usually might ask, “What’s for dinner?” over and over throughout the day, never remembering what she had been told. But on her Kratom days she remembered all day and excitedly remarked about it.

Her doctor now is beginning to be concerned that this Kratom might be interfering with the medication he prescribed, Aricept (which Kathy says didn’t make a noticeable difference). He would prefer his patient cut out the Kratom and stick to what he prescribed.

Kathy says this is not going to happen, having seen the return of her mother, now 73, to a mental state she was in 20 years prior to her diagnosis.

To see a visible improvement in a dementia patient, when you are their caregiver is heartwarming. In the few reports I received from those who have used kratom to sharpen the minds of parents, nothing comes close to this next success.

Teresa was diagnosed with dementia 6 years ago, when she was 54.

“My scans showed white specks thru out my brain, described as mini brain strokes. With each one was a slight loss of memory and related confusion. At that time I was told there was a prescription drug I could start taking, which would not reverse the damage already apparent but rather, to prevent the dementia from progressing. I was only 54 at the time and felt I had to know more about my future before I dealt with more prescription drugs. I put it off, mainly because it was difficult searching for info which included my age.

“I was never satisfied with my searches.

“I had started taking Kratom three and a half years ago for other things, but started to gain my memory back and actually be more aware of what I had forgotten.

“Before Kratom, I had to stop driving because at an intersection I would have a panic attack deciding where to go on a road I had driven on for over 30 yrs!

“Thank goodness the dementia has reversed — not remembering the color of my kids eyes unless I looked each time was frightening.

“Now, I am back to driving with no problems. I often wonder what caregivers understand about dementia? So much isn’t written about it. I had been an avid reader which I had to give up because even a dictionary was foreign to me, thank goodness that this also reversed back to my normal ability since Kratom.

“I can get easily excited about all the things I am able to do. I still have trouble spelling some words, but I always have a dictionary a few inches away. Reading was — and remains — important to me. For some time I felt like I was zipped up in a sleeping bag, afraid of what I had forgotten, and realizing that learning anything was impossible. Now, I am back to whatever needs my brain fully functioning!”

Author Paul Kemp is fascinated with natural health modalities and loves to share what he discovers.

Dementia Fact Sheet from the W.H.O.

For the Finest Kratom, visit OnlineKratom