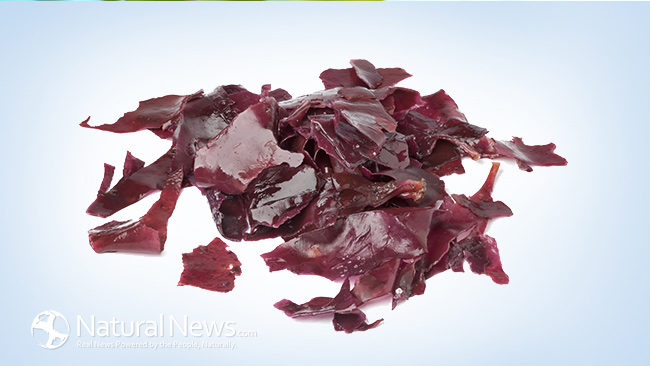 Seaweeds are marine macroalgae that have attained some degree of popularity over the years, mainly due to their incredible versatility. Their many uses range from industrial, to medicinal, to culinary. Some seaweeds are used as fertilizers, while others are used to bind a variety of products. Carrageenans, for example, are polysaccharides extracted from red marine algae, that are added to ice-creams, cosmetics, toothpaste, pet food and lubricants to thicken and stabilize them.

East Asian cuisine makes use of raw seaweeds in soups, salads or as a wrap for fish, rice and other vegetables. The Japanese commercialize about 7 types of edible seaweeds, with the most popular being dulse, kelp, nori, irish moss, wakame and sea lettuce. Populations inhabiting Arctic regions also rely on the consumption of seaweeds as one of the very few green vegetables available in that climate. Known for being highly nutritious, marine algae can bring valuable contributions to a diet, even when consumed in small quantities.

Seaweeds Have An Unusually High Vitamin And Mineral Content

Unlike the Inuit people of the Arctic, most of us have access to a wide range of green leafy vegetables. So what makes seaweeds stand out? For one, they have an unusually high vitamin and mineral content. In truth, they have more nutrients, in greater quantities, than any other fruit or vegetable we can find on land. Thanks to the environment they thrive in, marine algae are a very good source of iodine. While most people get their iodine from chemically enriched table salt, seaweeds provide this mineral naturally. Iodine is absolutely necessary in human diets, to support thyroid function and prevent goiter.

Moreover, marine algae are known to have anti-viral, anti-bacterial and anti-fungal properties, making them an excellent ally of our immune systems. A fortified immunity means that the body is better equipped to fight against microbes and illnesses.

Interestingly, Seaweeds Are Not Actually Classified As Plants

Contrary to popular opinion, seaweeds are not biologically classified as plants, but are in fact part of an ancient group of organisms called Protista, that has existed for over 3 billion years. Since they have adapted so well, many nutritionists believe that seaweeds may hold the secrets to great health and longevity. And these are not mere assumptions, as they are backed by scientific research, which has shown that seaweeds are reliable vegan sources of protein, calcium, magnesium and vitamin C (with a higher content than oranges), vitamins of the B complex, vitamin A and several more.

In fact, a recent study comparing the curative properties of bioactive peptides harvested from seaweeds and from milk has revealed that seaweeds can also help lower blood pressure and prevent cardiovascular disease. Unlike hypertension medication, peptides from seaweeds have no contraindications or associated risks, demonstrating once again that Mother Nature is undoubtedly superior to man-made cures.

Many seaweeds, such as wakame and bladderwrack, also contain a very interesting substance called fucoidan. This compound has been the subject of several research tests, which have concluded that it has the ability to inhibit hyperplasia in rabbits, as well as kill human cancer cells in vitro. The efficiency of fucoidan in vivo has not yet been documented, however, there is strong evidence that the compound is indeed medically valuable.

Thanks to their slightly sweet and salty taste, seaweeds can easily be eaten raw, as an addition to salads or even to add a twist to classical green smoothies. They can eliminate the need for added salt and also deliver natural iodine in the process. With so many health advantages, seaweeds are truly hard to ignore!

Nonetheless, as with everything else, iodine in very large quantities can be detrimental to health, and that is why it is important to consume the precious seaweeds in moderation.