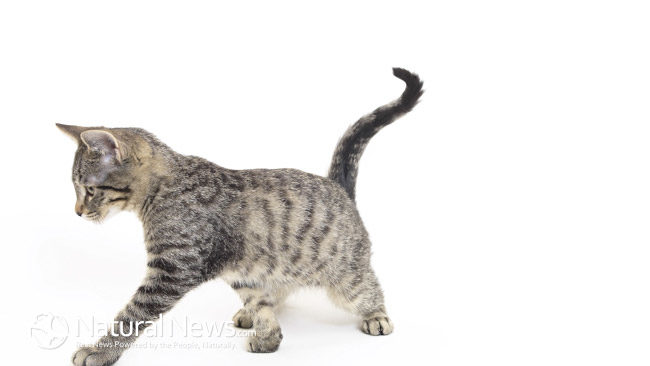 If you’re reading this, you’re probably interested in choosing a healthy litter for your cat.

While traditional clay litter is the most popular variety for fairly good reasons – it’s cheap and highly effective – there are arguments against its use.

Clay litter is produced through strip mining, a process that can temporarily scar the natural landscape. In addition to the environmental impact of clay litter production, the potential health impact is worth considering. Sodium bentonite clay litter (the kind that clumps) contains a considerable quantity of silica dust – which has been linked to upper respiratory issues.

When we recognize the potential dangers of clay cat litter, we enter the world of biodegradable “natural” alternatives. Note that ultimately, clay cat litter is a natural product itself. In this case, the natural label is more a marketing ploy than a genuine distinction.

So is this plant-based cat litter ultimately a wolf in sheep’s clothing? Let’s assess at the benefits and dangers of corn cob cat litter.

The first of corn cob cat litter’s charms is its biodegradability. It’s made out of corn, corn, and nothing but corn. So it makes sense that it degrades into the earth just like a corn cob. If you’ve turned your back on clay litter based on its environmental impact, corn cob cat litter is a friendlier choice.

And then, there’s the dust issue – corn cob cat litter doesn’t produce dust. This means that your cat will breathe easily without inhaling carcinogenic silica dust.

Corn cob cat litter is soft and gentle on your cat’s toes, while being quite effective when it comes to containing odors and managing moisture. You can flush it down the toilet, too – which means that it’s a highly convenient cat litter choice.

How Corn Cob Cat Litter is Bad for Cats

Wet, warm corn cob cat litter is a great place to live if you’re bacteria, bugs, or mold. In other words, the litter box becomes dangerous the second that your cat starts using it. As soon as your cat breaks in the corn cat litter, it becomes a fertile environment for things that could make your cat sick. Very sick, in fact. Let’s talk about aflatoxins and how they’ve affected cats through corn cob cat litter.

A particularly concerning result of this is the growth of aflatoxin mold in corn cob cat litter. Reports from pet owners state that this mold growing in their cat’s litter box made their cats sick and even lead to death. Cornell’s Department of Animal Science says that: “the commodities with the highest risk of aflatoxin contamination are corn, peanuts and cottonseed.  Pre-harvest aflatoxin contamination of peanuts and corn is favored by high temperatures, prolonged drought conditions, and high insect activity; while post-harvest production of aflatoxins on corn and peanuts is favored by warm temperatures and high humidity.”

Aflatoxin mold loves growing in warm, wet corn. Corn cob cat litter manufacturers know that. That’s why manufacturers test their product before it hits the shelves. The problem is that the mold can appear later on, when the litter is in your house and in contact with your cat.

Is Corn Cob Cat Litter Safe for My cat?

Corn cob cat litter is a promising choice if you want an environmentally friendly cat litter that doesn’t produce dust. That said, toxic aflatoxin mold may love it just as much as you do. This means that a litter box full of it is a veritable breeding ground for this toxic mold.

At this point, we’d shy away from using corn cob cat litter – it’s just not perfect. While it stands out in the crowd of biodegradable litters because of its ability to manage odor and moisture, the risk of aflatoxin mold poisoning just makes corn cob cat litter too dangerous for us to recommend in good conscience.

What is the best cat litter?

There’s a reason why clay cat litter is the most popular type: it’s effective, cheap, and easy to use. Corn cob cat litter ranks highly when it comes to efficacy, but not so well when you consider its potential for damaging health effects. That said, the other non-clay litters out there all have their warts. Pine litter can stick to your cat’s fur, wheat litter can be too sticky in the litter box, and some cats will outright reject a certain variety of cat litter.

All of the above listed varieties, though, are worth a shot. You may have to experiment with several varieties before you find the one that you and your cat love. Until then, we wish you the best!

The WildernessCatLady is crazy about happy, healthy cats fueled by nature. Start changing your cat’s life today with natural health solutions for adventurous cats at Wildernesscat.com. And while you’re here, go ahead and download our free PDF: 5 Natural Home Remedies for Cats.