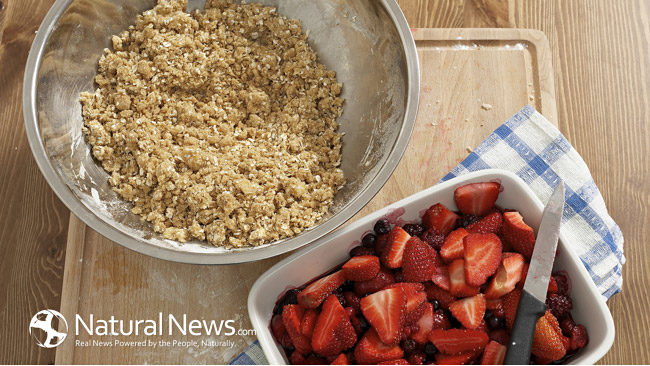 Some of us have a tendency to skip breakfast. Others do it because they are in an attempt to cut down the net calorie intake, too busy during the morning rush or just don’t have an appetite.

Although most Americans begin their day with breakfast, one out of 10, which is approximately 10 percents of the US population don’t, studies show. They didn’t eat or drinking anything before 11 a.m. for some reasons, including they were not hungry/thirsty or didn’t feel like eating or drinking. Other reasons they skipped breakfast are that they didn’t have time and were too busy.

Despite some reports, on the other hand, a vast majority of studies have shown that eating breakfast is important for good health.

The rest of this article discusses major side effects of skipping breakfast.

A study from Harvard University found that men who skipped breakfast had a 27 percent greater risk of heart attack or death from coronary than those who did eat a morning meal.

Although they didn’t pinpoint a causal relationship, the authors believe that remaining in a fasting state for longer can cause metabolic changes, which may eventually induce a variety of chronic and degenerative diseases including heart disease.

“Skipping breakfast may lead to one or more risk factors, including obesity, high blood pressure, high cholesterol, and diabetes, which in turn, lead to a heart attack over time.”

Cortisol is a stress hormone. Its levels are highest around 7 a.m. every morning. Taking breakfast will bring its levels down. Skipping breakfast would make cortisol levels remain elevated until you eat a meal.

At normal condition, your calcium levels in the blood are higher than in the cells. Chronically elevated cortisol levels, on the other hand, causes more calcium enter the cells that lead to higher calcium levels in the cells than that of the blood. This, in turn, leads to hypertension. Besides hypertension, skipping breakfast can make you anxious and jittery.

A study has found skipping breakfast was associated with diabetes type 2. In the case of diabetes, chronically elevated cortisol levels do two things: increasing insulin secretion, and releasing glycogen from its storage to be broken down into sugar. A drawback of chronically elevated insulin levels is that it can lead to insulin resistant, consequently, results in diabetes.

So, skipping breakfast every day for many years is actually making your body to be exposed to chronic (long-term) stress. Stress, on the other hand, is associated with the increased of reactive oxygen species levels especially superoxide, which is associated with atherosclerosis. Blocked arteries coupled with hypertension, both of which started by skipping breakfast (as discussed in the article can lead to heart attack.

Nitric oxide is said to function as an antioxidant to superoxide, however, chronic stress causes nitric oxide production by the endothelial cells to decrease.

I personally believe that most articles you have read so far may have not explained the possible mechanism how elevated cortisol can cause an increased LDL levels.

“……the body releases a hormone called cortisol in response to stress. High levels of cortisol from long-term stress may be the mechanism behind how stress can increase cholesterol.”

I have my own way of explaining it, which some of you might have already heard before.

Increased levels of superoxide, which causes a deleterious effect on many types of molecules of the cell membrane, in turn, leads to membrane structure instability. Cholesterol is the only molecule used by the cell membrane to strengthen its structure during normal conditions and when the structure is impaired after being attacked by free radicals such as superoxide (oxidative stress).

So, during chronic stress, more superoxide is produced by cells that can cause more and more cell membranes become impaired. As most of you have heard before that elevated cortisol cause the liver to produce and release LDL (‘bad’ cholesterol).

The LDL turns into oxycholesterol when it is oxidized by superoxide right after being produced in the liver or while on the way to the cells (to be incorporated in the cell membrane to strengthen it).

Other impacts of skipping breakfast include you may get stupid, get hungry and irritable, your energy dip and your metabolism may slow down. You may also have more cravings later, and gain weight. Hypoglycemia, headache, migraine, nausea, depression, sleepiness, unable to focus, gastritis, and inflammatory bowel diseases such as ulcerative colitis may also likely ensue.